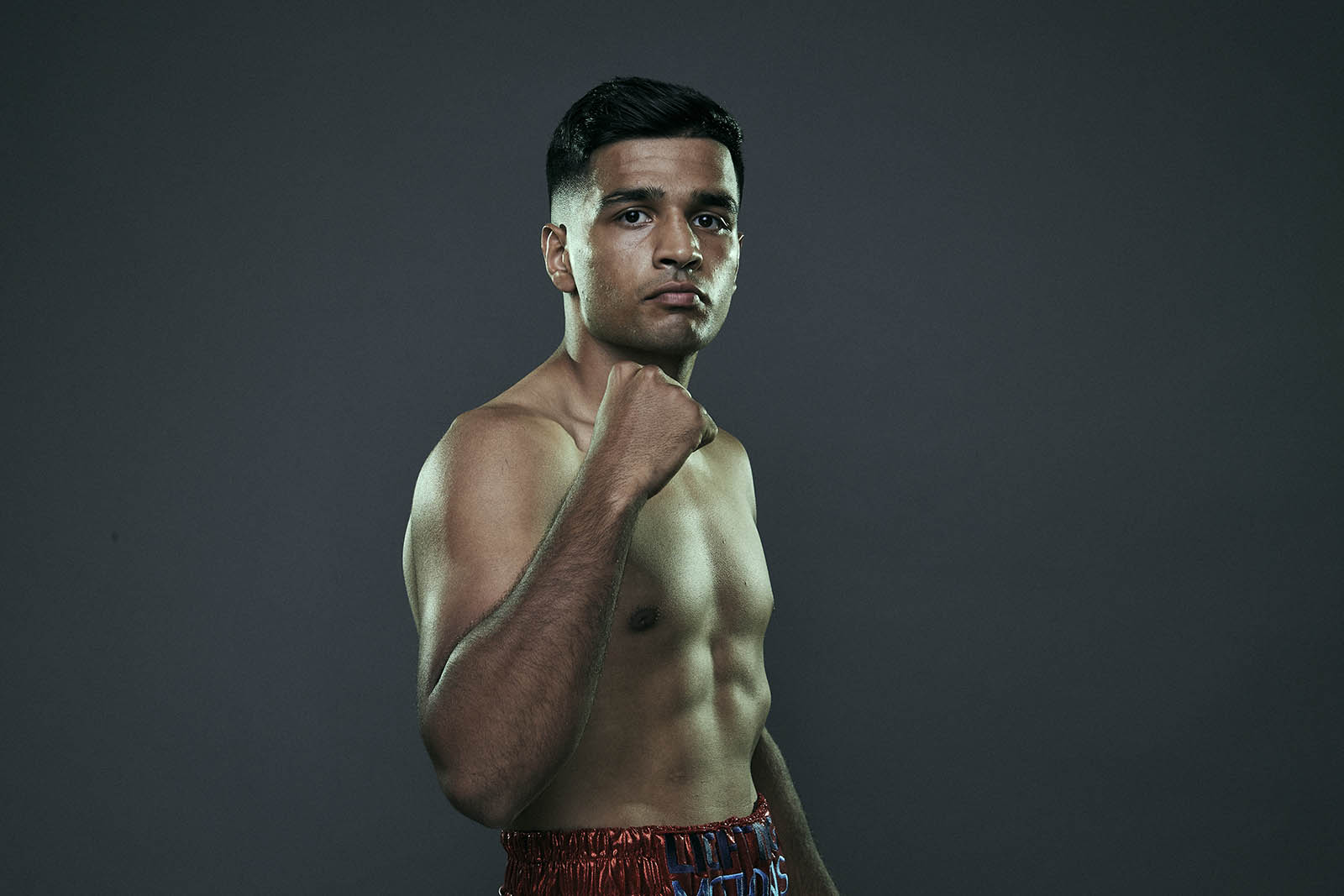 Trained by renowned coach Jamie Moore at the VIP Gym in Astley, Oldham’s Fiaz is rapidly improving with every fight and has already amassed an impressive following in his hometown.

He made the decision to turn professional in March 2019 following a successful stint in the amateur code in which he represented his country at Senior level twice. In 75 amateur bouts, Fiaz won nine Area Titles and a National Youth Title at 60kg in 2017.

Fiaz fulfilled a life-long dream when he fought at Manchester Arena in early March 2020 on the undercard of Jono Carroll-Scott Quigg, before putting to bed his rivalry with Kane Baker in style later that year.

Fiaz, who has endured hardship outside the ring, has since moved to 9-0 after putting on a classy display out in Abu Dhabi against veteran Diego Valtierra in November 2022.