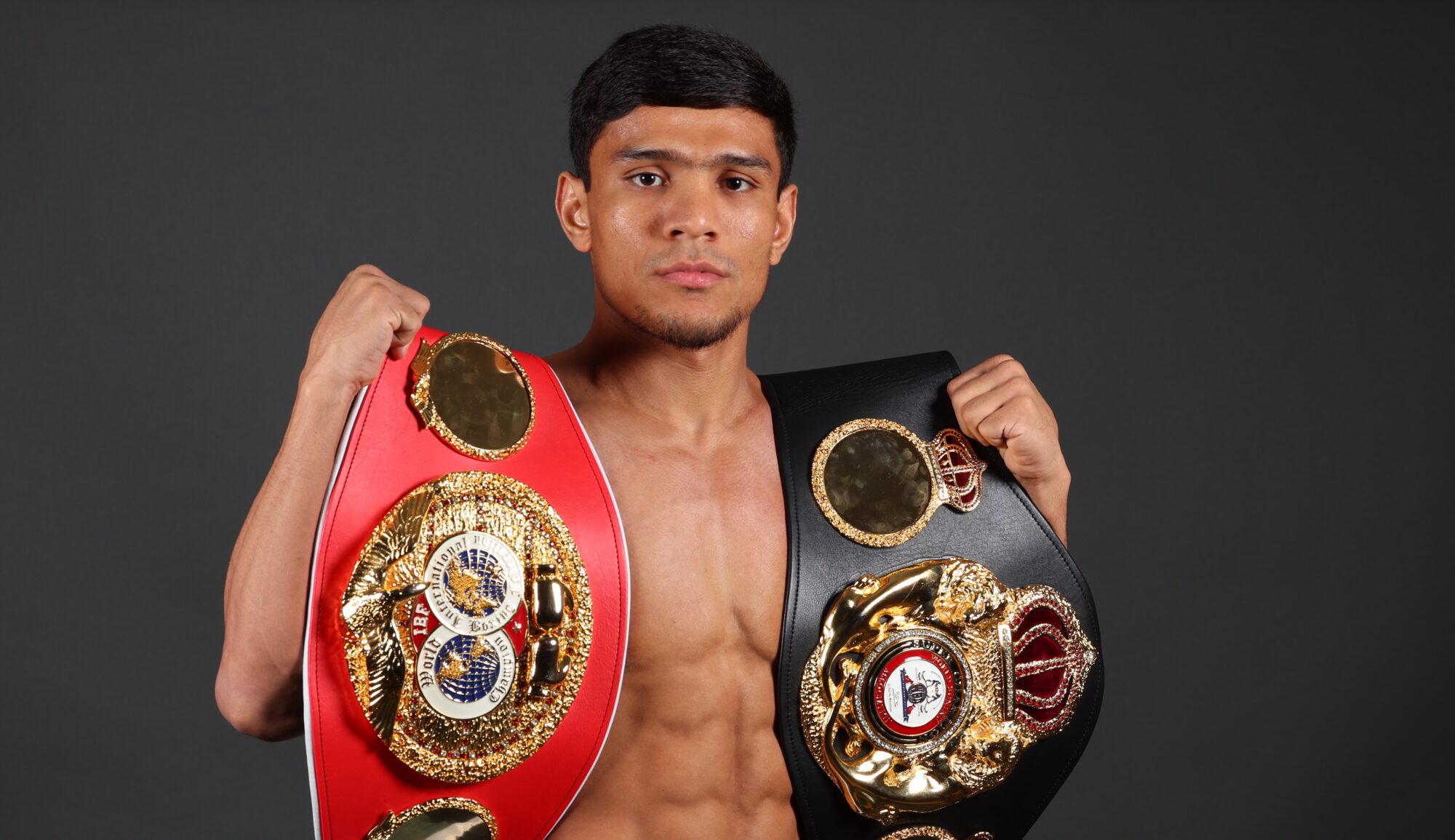 Uzbekistan boxing is on the rise, and unified World Super-Bantamweight champion Murodjon Akhmadaliev is the leader of the pack.

Akhmadaliev became the first unified champ from his homeland by ripping the belts from Daniel Roman in a highly-skilled 12 round battle in Miami in January 2020, equaling Leon Spinks’ record of becoming a unified ruler in just eight pro fights.

Akhmadaliev has defended his Unified World Titles on three occasions, securing two stoppage victories in that sequence to take his overall record to 11-0 (8KOs) heading into 2023.