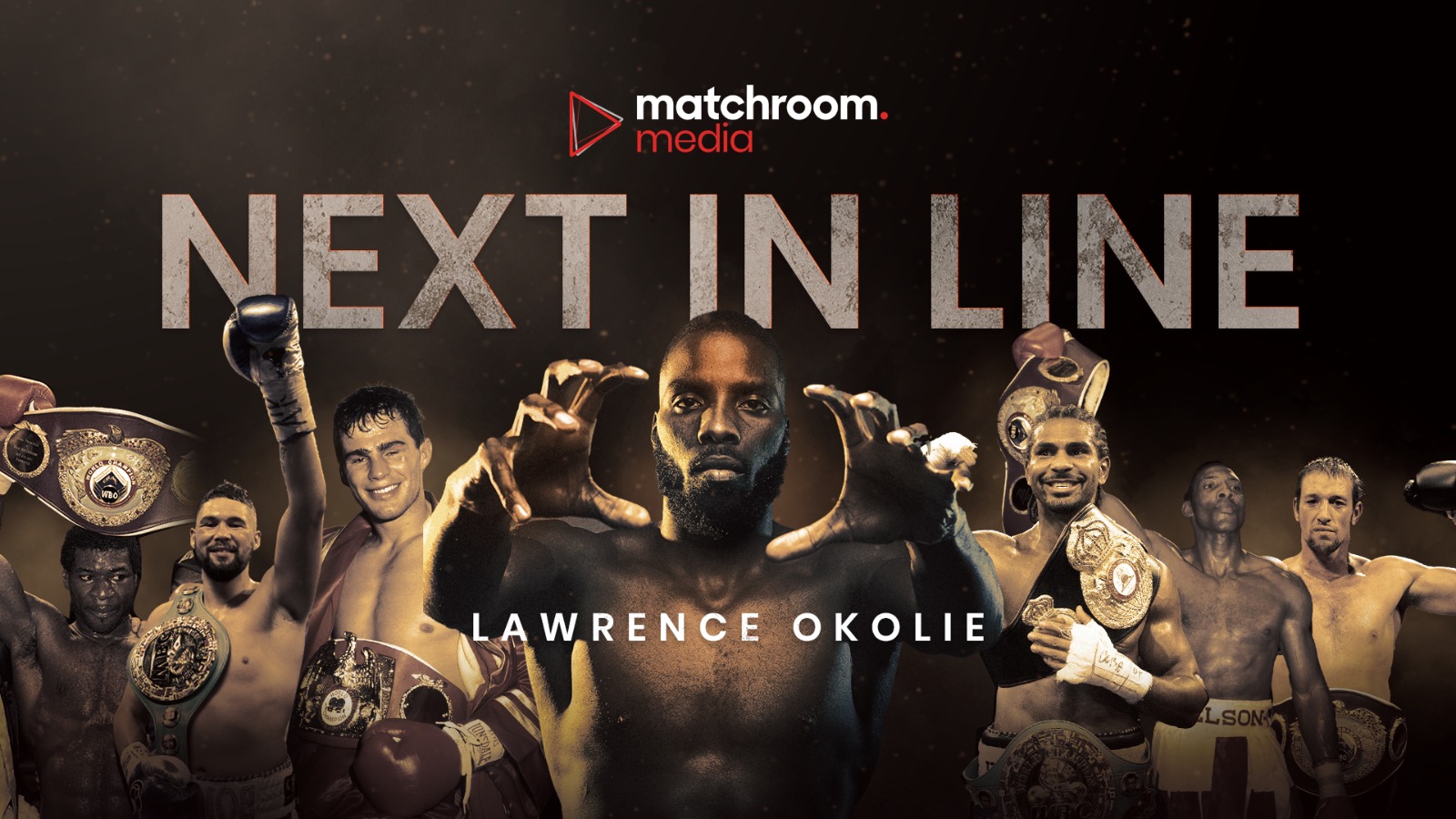 The build-up continues for Lawrence Okolie’s maiden World Title attempt with a brand new Matchroom Media produced documentary, ‘Next In Line’, released on the Matchroom Boxing YouTube channel at 6.00pm this evening.

Okolie bids to become Britain’s seventh Cruiserweight World Champion is just his sixteenth fight when he faces Poland’s Krzysztof Glowacki for the vacant WBO crown at The SSE Arena, Wembley this Saturday, live on Sky Sports in the UK and on DAZNin the U.S. and more than 200 countries and territories.

In ‘Next In Line’ we hear from all of the British Cruiserweight World Champions before him – Glenn McCrory, Carl Thompson, Johnny Nelson, Enzo Maccarinelli, David Haye and Tony Bellew, who offer their insight and well wishes ahead of the Hackney man’s big night.

“We’ve had so many great World Champions in history so to add my name to that list is going to be amazing. I’m going to go out there and do what needs to be done to bring the belt home,” said Okolie.

“In just 15 fights Lawrence Okolie has done it all and now it’s the moment of truth,” said Matchroom Sport Managing Director Eddie Hearn. “Britain has the chance to crown another World Champion but Lawrence has it all to do against a great fighter and former World Champ in Krysztof Glowacki, who is someone that has mixed it consistently at the top level.

“Next In Line is another great piece on content put together by the Matchroom Media team following the brilliant ‘Estrada vs. Chocolatito II – Repeat or Revenge’ documentary that set the scene so well in Dallas. This is going to be another huge night and a huge moment for Lawrence – we can’t wait.”

Watch ‘Next In Line’ on Matchroom’s YouTube channel at 6pm on Wednesday followed by various slots across Sky Sports throughout the week.