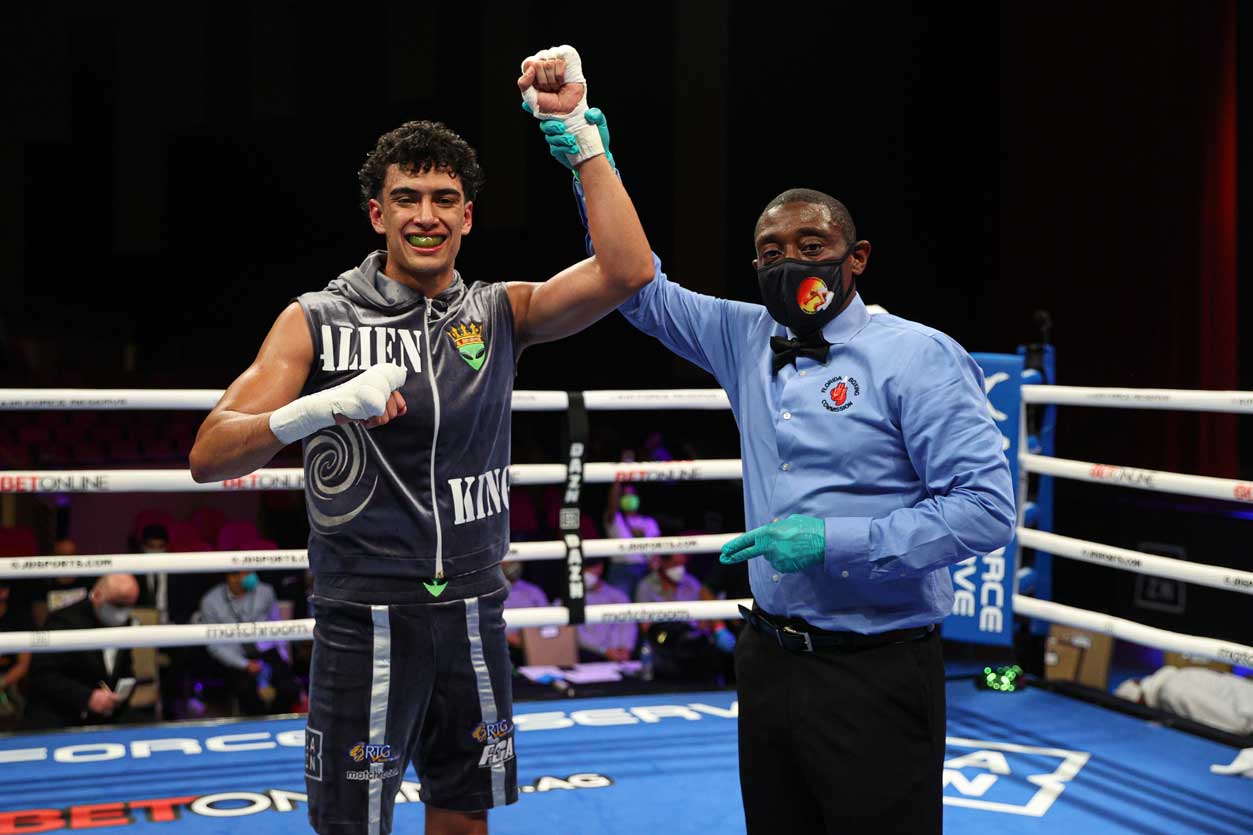 Aaron Aponte has signed a promotional deal with Eddie Hearn and Matchroom.

Aponte (4-0 2 KOs) has impressed in his early outings in the paid ranks, turning pro in October 2020 on home turf in Florida with a first round KO before appearing on one of the biggest stages in the sport in his second outing, on the undercard of Canelo Alvarez’s clash with Avni Yildirim at the Hard Rock Stadium home of the Miami Dolphins in February.

‘The Alien King’ made it three wins from three with victory on the undercard of Demetrius Andrade’s clash with Liam Williams in April, and in August recorded a second stoppage win in his first fight outside the Sunshine State at the Hulu Theater in New York.

The 20 year old former amateur standout will move his assault on the pro game into a new gear in 2022, and the Peter Kahn managed starlet cannot wait to get going.

There is no stopping me from becoming the next face of boxing. The Alien King has arrived.

“First and foremost, I want to thank God because without him none of this would be possible,” said Aponte. “I want to thank my parents who have dedicated themselves to making me successful. Thank you to all the coaches I’ve worked with over the years to get to this point.

“I have the best manager in the sport Peter Kahn and now with best promotional company in the world in Matchroom and Eddie Hearn. There is no stopping me from becoming the next face of boxing. The Alien King has arrived.”

“I am delighted to welcome Aaron to the team,” said Hearn. “We’ve had the pleasure of having Aaron on two cards in Florida and even in his infancy in the paid ranks, this young man has shown that he has both the in-ring talent and growing fan base to become a real force in the sport. We look forward to his journey continuing in 2022 and beyond, and Aaron rising to all challengers we put in front of him.”