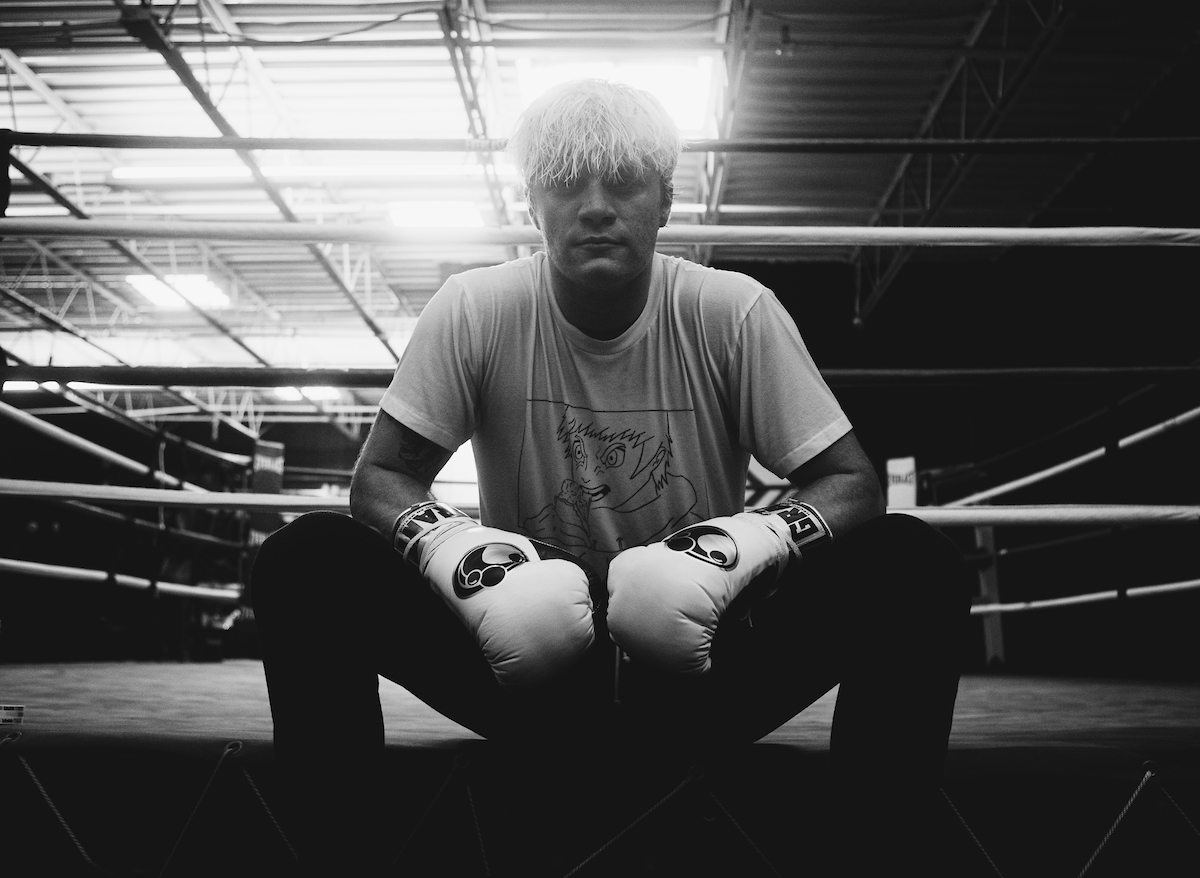 Ababiy: I can be a YouTube star and a world champion

Nikita Ababiy wants to rule the world in and out of the ring as he gets ready to return to action on the streets of downtown Tulsa, Oklahoma on Saturday night (August 15) live on DAZN.

Ababiy (8-0 6 KOs) was one of Eddie Hearn’s first signings in America and the colorful Brooklyn talent made an instant impact at the launch press conference for DAZN and Matchroom in New York and was an instant hit after both falling over his words on the microphone and owning it on his YouTube channel.

‘White Chocolate’ has certainly not stuttered in the ring, plundering eight wins and six inside the distance since his debut in October 2018, and with each fight week his confidence at press conferences is on the rise too.

The 21 year old is keen to forge a career outside the ring as a social media star, building up his YouTube channel and growing his presence on all other outlets, and having spent time with TikTok sensation Tayler Holder in Los Angeles following his last win there in November and believes he can be a social media star and a champion in the ring at the same time.

“I always had a fear of talking to the camera and still do in a way, I get a bit jittery,” said Ababiy, who meets Jarvis Williams (8-2-1 5 KOs) over six rounds in Tulsa. “But when you post something, you get good feedback and it motivates you to do more and you take it more seriously. I am going to be a World champion, multiple time, and a YouTube star – I can do it, so why not be both?

“I love the idea of having a camera and recording stuff, when I watch YouTube videos I never watch as a fan, I watch to learn because I thought that everything that they do I can do. I just never had the money or the platform to know where to start, I guess I didn’t have the confidence either. I can fight in front of 10,000 and I’m cool but talking to 50 people and two or three cameras is scary to me – I remember that first press conference was the scariest moment of my life, the scariest by a long way.

“Eddie Hearn has given me an amazing platform and a big audience, so why not use that to skyrocket my YouTube channel?"

“Eddie Hearn has given me an amazing platform and a big audience, so why not use that to skyrocket my YouTube channel? I have a close friend in Tayler Holder, he reached out to me on Instagram before I turned pro and said he loved what I did and saw something in me.

“When I fought in LA in November after I won he invited me to live with him for a month there, introduced me to a bunch of people and it was an amazing vibe – but I was really nervous, I am just a kid coming up and everybody I saw from the internet was just hanging out with me like it was normal, it was really organic and natural and we all got along and accepted me.

“It’s been eight months since I’ve been in the ring and to be able to get back in is great, and to have this exposure on the first big show back here in Tulsa is great, and an opportunity I want to take advantage of.”

Ababiy’s clash with Williams is part of a huge night of action as Cecilia Brækhus (36-0 9 KOs) goes for history in her 26th defense of her undisputed Welterweight crown against unified Super-Lightweight champion Jessica McCaskill (8-2 3 KOs) in the unique setting of the downtown Tulsa streets as Matchroom return Stateside.

Rising Super-Welterweight Israil Madrimov (5-0 5 KOs) can close in on World title honors as he meets Eric Walker (20-2 9 KOs) in a final eliminator for the WBA World title while Madrimov’s fellow countryman Shakhram Giyasov (9-0 7 KOs) will now face Wiston Campos (31-7-6 19 KOs) after second replacement opponent Rey Perez was ruled out following original opponent Francisco Rojo being forced out of the bout after testing positive for COVID-19 during his training camp in his home city, and the bill is completed with another of Eddie Hearn’s young tyros, Raymond Ford (5-0 2 KOs). 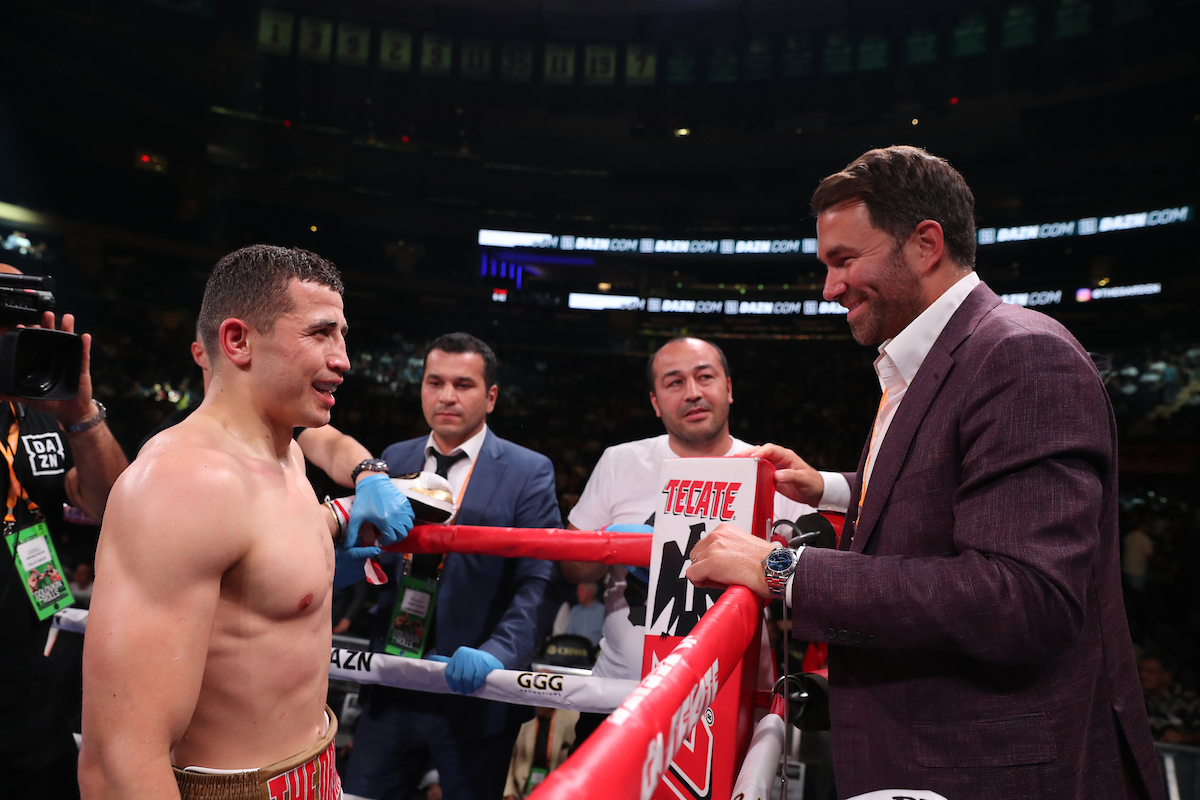 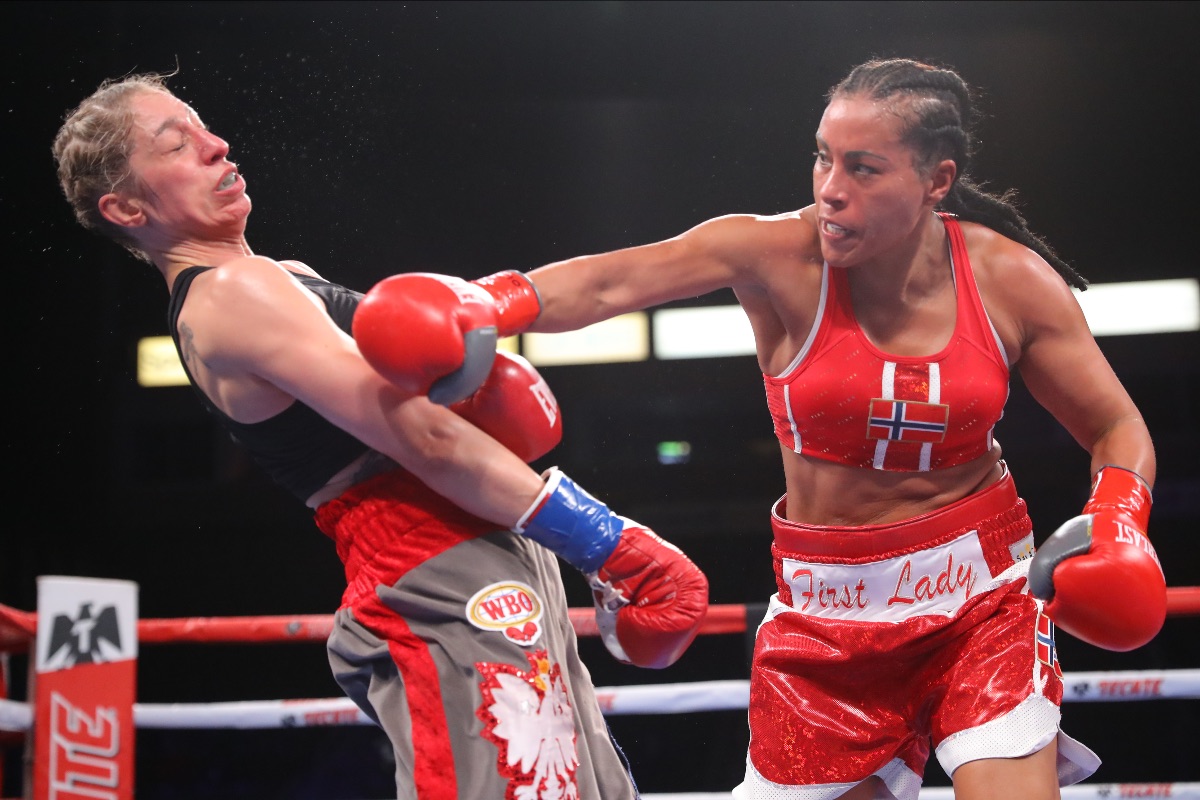 Brækhus: I’ve seen it all in boxing