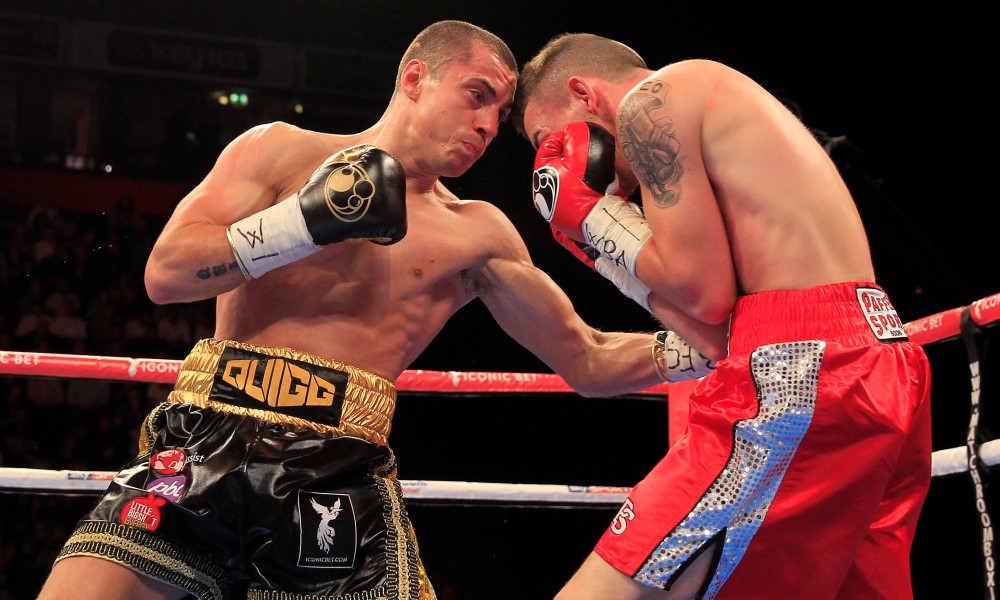 Bradley Saunders says he has shaken off the rust in Hull and is ready to rip the Commonwealth Light Welterweight title from Dave Ryan at the Metro Radio Arena in Newcastle on Saturday April 4, live on Sky Sports.

The Sedgefield ace stretched his unbeaten record to 12-0 with a ninth stoppage win, taking out tough Frenchman Stephane Benito at the end of the fifth round in his second fight under new promoter Eddie Hearn.

It as a significant night for the 29 year old who was teaming up with trainer Oliver Harrison for the first time, and the Commonwealth silver medal star believes he is peaking at the right time to take on Ryan.

“There’s not many guys that could take the shots that I was hitting him with,” said Saunders. “I am pretty heavy-handed and he took a lot of shots. I was really getting into it and throwing shots with a lot of variety, so it was ideal preparation, I chose to be in the trenches in Hull and that’s where I will be against Dave.

“I had a run the day after the fight, a nice Sunday dinner, and then I was back on the diet and hitting the gym hard. That fight has me in good stead and I am raring to go. I want to bring big fights to the north east, this is the first one and I have to win and look good to make sure we come back.

“My manager and Matthew Macklin recommended Oliver Harrison to me and he’s only really got myself, Rocky Fielding and Martin Murray, so he has loads of time for us and we can get through a lot of technical work. I’ll have to spend time away from my family which is going to be tough but it will be worth it in the end.”

Saunders’ clash with Ryan is part of a massive night of action in the north east, with Heavyweight sensation Anthony Joshua MBE returning to action on the card.

Jon-Lewis Dickinson faces Stephen Simmons in an explosive looking Cruiserweight contest, and there’s a family feel on the bill with Jon-Lewis’ brother Travis in action and Bradley’s brother Jeff making his pro debut.