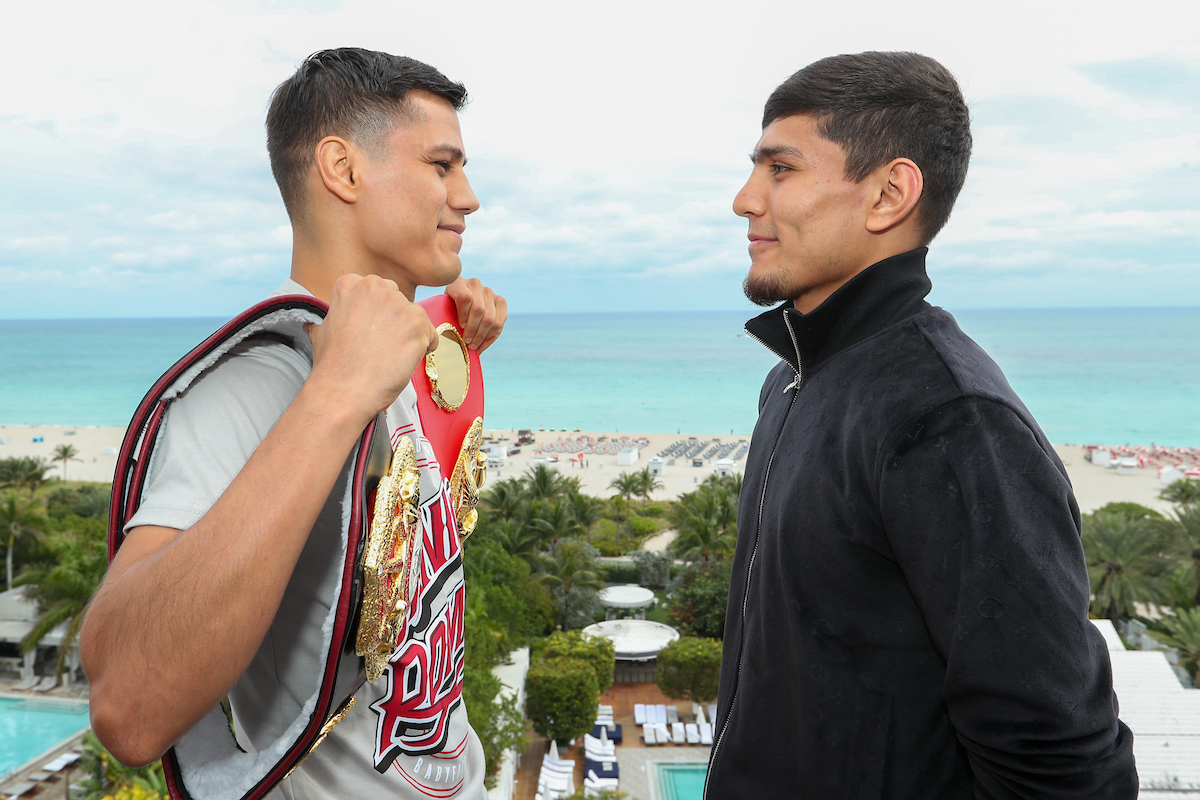 Murodjon Akhmadaliev is chasing history as he prepares to challenge WBA and IBF World Super-Bantamweight champion Daniel Roman at the Meridian at Island Gardens in Miami on Thursday January 30, live on DAZN in the US and on Sky Sports in the UK.
TICKETS ARE ON SALE NOW STARTING AT $40 (PLUS FEES)

Akhmadaliev (7-0 6 KOs) can equal Leon Spinks’ record of becoming a men’s unified World champion in just his eighth pro fight and will become the first unified ruler from Uzbekistan with victory over Roman (27-2-1 10 KOs).

‘MJ’ has blasted his way to the mandatory spot with the WBA since turning pro in March 2018 and for the 25 year old, his meeting with the Baby Faced Assassin represents an opportunity to become a hero in his boxing-mad country.

“It’s history in the making,” said Akhmadaliev. “To become a unified champion in just eight fights and the first from Uzbekistan is really some great history for me to make, I want to make my country proud. Boxing is the number one sport in Uzbekistan and with God’s blessing, I think everything will play out well.

“It’s a dream come true for me. I have been climbing this mountain for 17 years, in the gym twice a day in that time. I’ve broken my wrists, my fists, my nose, bloodied face, had cuts; all that sacrifice is for fights like this. I know people think I am inexperienced and Danny will take me out or something like that, but trust me, I have given it my all for 17 years and it will be no different for fight night.

“This is the most important fight in my career so far. I’m fighting the unified champion, the best in the division, so it’s a big step up for me but we’re very well prepared for this fight with my coaches Antonio and Joel Diaz.

“I’ve only had seven fights and I haven’t felt challenged in any of those fights. I am not comparing those fights to this one as I know they are different and this is a hard fight. All the talk about his experience that he brings to the ring is fine but it’s only when we get in the ring together that we will see who is the best fighter, the most experienced, who is stronger, faster, sharper and smarter. I don’t like to talk too much; I love to fight, and I can’t wait to fight him.”