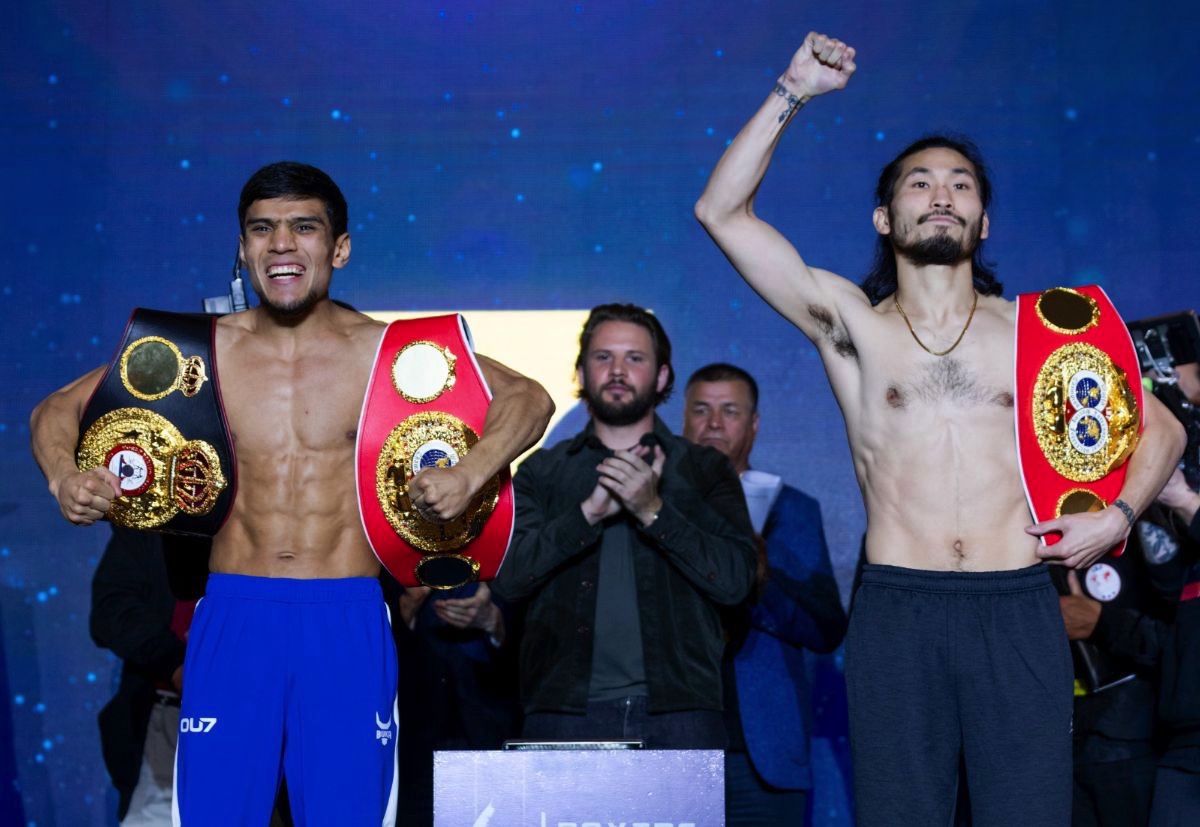 Akhmadaliev: I want all the belts

Murodjon Akhmadaliev says he will target his fellow champions if he can successfully defend his WBA Super and IBF World Super-Bantamweight titles against Ryosuke Iwasa at the Humo Arena in Tashkent, Uzbekistan, live worldwide on DAZN on Saturday (7am PT/10am ET/3pm GMT/7pm local)

Akhmadaliev (8-0 6 KOs) became unified champion in just his seventh pro outing when he took the belts from Daniel Roman in Miami in January 2020.

The COVID pandemic robbed ‘MJ’ of the chance to capitalize on that success but while he was unable to defend the belts in the States but now, he gets the chance to fight on home soil for the first time as a pro, on a bill stacked with Uzbek talent.

The 26 year old headlines the card alongside teammates and friends Israil Madrimov and Shakhram Giyasov, and Uzbekistan’s first unified World champion is excited to be able to bring such a huge night of action to his homeland, against a dangerous opponent in the in-form Iwasa (27-3 17 KOs) who bounced back from a World title defeat to TJ Doheny with two wins.

“When you fight at home, defending what belongs to you, that’s probably the most important fight,” said Akhmadaliev. “To give a good fight under the bright lights, that’s what I’m looking forward to. It’s a dream for any fighter to perform at home.

“Israil, Shakhram and I have been together for 15 years. We worked for World amateur rankings and becoming Asian Champions, World Champions, Olympians.

“We’ve been together through everything. Now being professional and have the chance to fight in a huge event at home, already being the champion is huge.

“Ryosuke Iwasa is a warrior, he’s been in the ring with the very best. I rate him very highly and believe he is a very dangerous fighter.

“I have studied him and am ready for him as always. My team have done the work and I will do the work in the ring. I’m not going to give up anything to anybody.

“He is trying to get what is mine, but that’s not going to happen. Boxing is not always easy, just like life. It’s pretty much always hard, you have to have tough fights in the ring and in life.

“You have to endure tough times and that’s how it’s been in my life. I’m prepared for any challenge because of that. I am only focused on Iwasa, but as a champion my dream is to win every belt.

“If everything goes well tomorrow night, I will not avoid anybody, I want all the belts. I’m blessed to be a World Champion, now defending my belts at home is the next goal for me.

“I’m looking forward to showcasing myself which is important to my countrymen, family and friends. I look forward to bringing the attention of the boxing world to Uzbekistan.”

In the evening’s chief support bout, Super-Lightweight star Shakhram Giyasov (10-0, 8 KOs) returns home for his first pro fight in his homeland. With over a million Instagram followers and massive popularity in his home country, ‘Wonderboy’ rose to fame after winning silver at the 2016 Rio Olympic Games, adding to his gold medals at the World and Asian Championships at Welterweight.

Rising Super-Welterweight star Israil Madrimov (6-0, 5 KOs) has made an electric start to life in the paid ranks, leaving his decorated amateur career behind and winning a Title in his first pro outing in November 2018 to signal his intentions.

‘The Dream’ defeated Eric Walker in a final eliminator for the WBA World title in the streets of downtown Tulsa, Oklahoma last August to stay on track to beat his ‘brother’ Akhmadaliev’s record of unifying his division before eight fights.

This time he faces the Democratic Republic Of The Congo’s Emmany Kalombo (14-0, 14 KOs), who has won all fourteen of his professional contests inside the distance since turning professional in Kempton Park, South Africa in August 2015.

“I’m looking forward to showcasing myself which is important to my countrymen, family and friends."