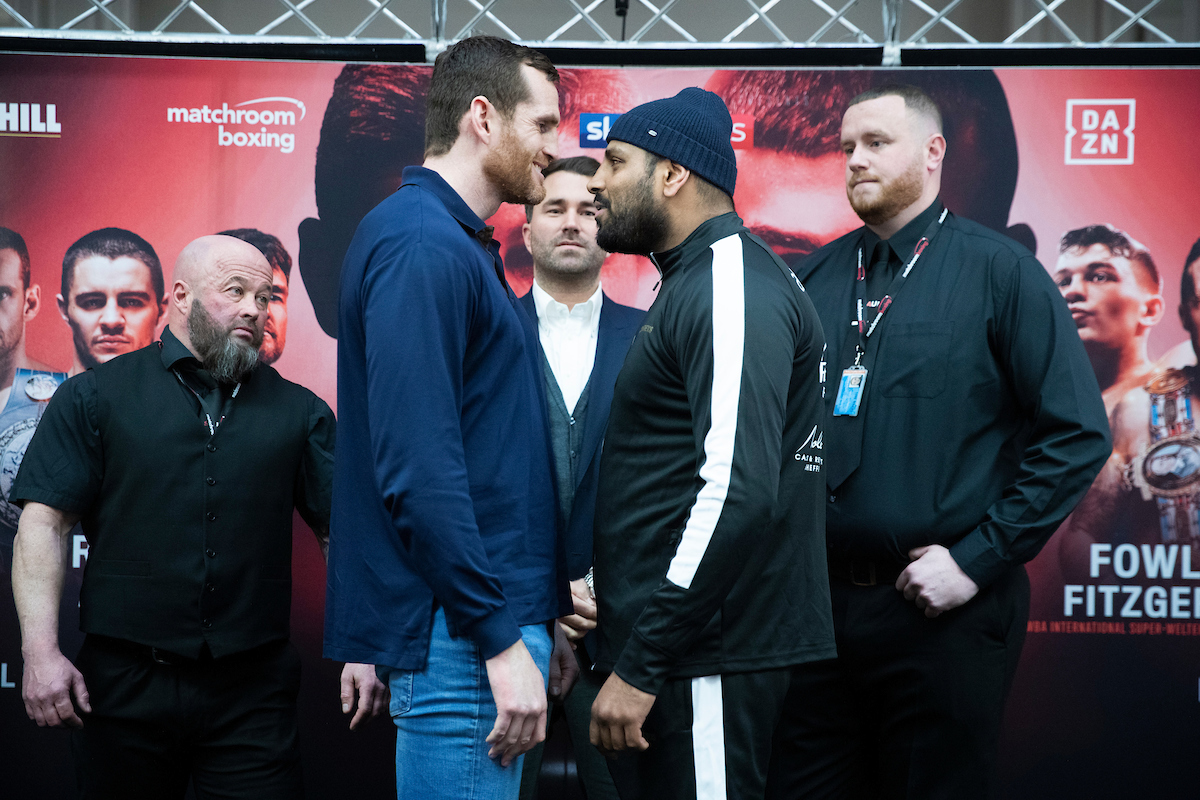 Ali: Price Is Getting Sparked Out

Kash Ali has vowed to “spark out” David Price in front of his home crowd and send him into retirement when they collide at The M&S Bank Arena Liverpool on Saturday, live on Sky Sports in the UK and DAZN in the US.

The Heavyweight rivals became embroiled in a heated war of words at today’s final press conference at The Cunard Building, with undefeated Ali branding his former sparring partner as a quitter once again.

After 15 straight victories, Ali is determined to burst onto the British scene, and the Midlands man believes a win over a big name like Price in front of a huge TV audience will fire him towards domestic titles.

“This is my time to show all the boxing people that I’m not here to mess about,” said Ali. “Beating someone like David will put me straight in the mix. People at the top of the game should watch out. It’s a great opportunity to show my skills, and show that I’m a real contender.

“One hundred per cent, he’s getting knocked out. It’s not going to points, no way. I’m younger, I’m fresher. I’m made for this. David Price is getting sparked out in front of his own fans. If he loses to me, that’s it, which he will. I think he should pack it in after that.

“He’s had chance after chance and he’s thrown all of them away. This is my first chance on the big stage and I’m going to make it count. There’s no way I’m losing this fight. There could be 10 of him in the ring and I’d go through every single one.

“He’s always been a quitter. He’s quit before and he’ll quit again. He might have trained hard, he might be in good shape, had good sparring, but one thing you can’t buy, you can’t buy guts and you can’t buy heart. He’s going to sleep. I’m ending his career.”

Price vs. Ali is part of a huge night of action in Liverpool.