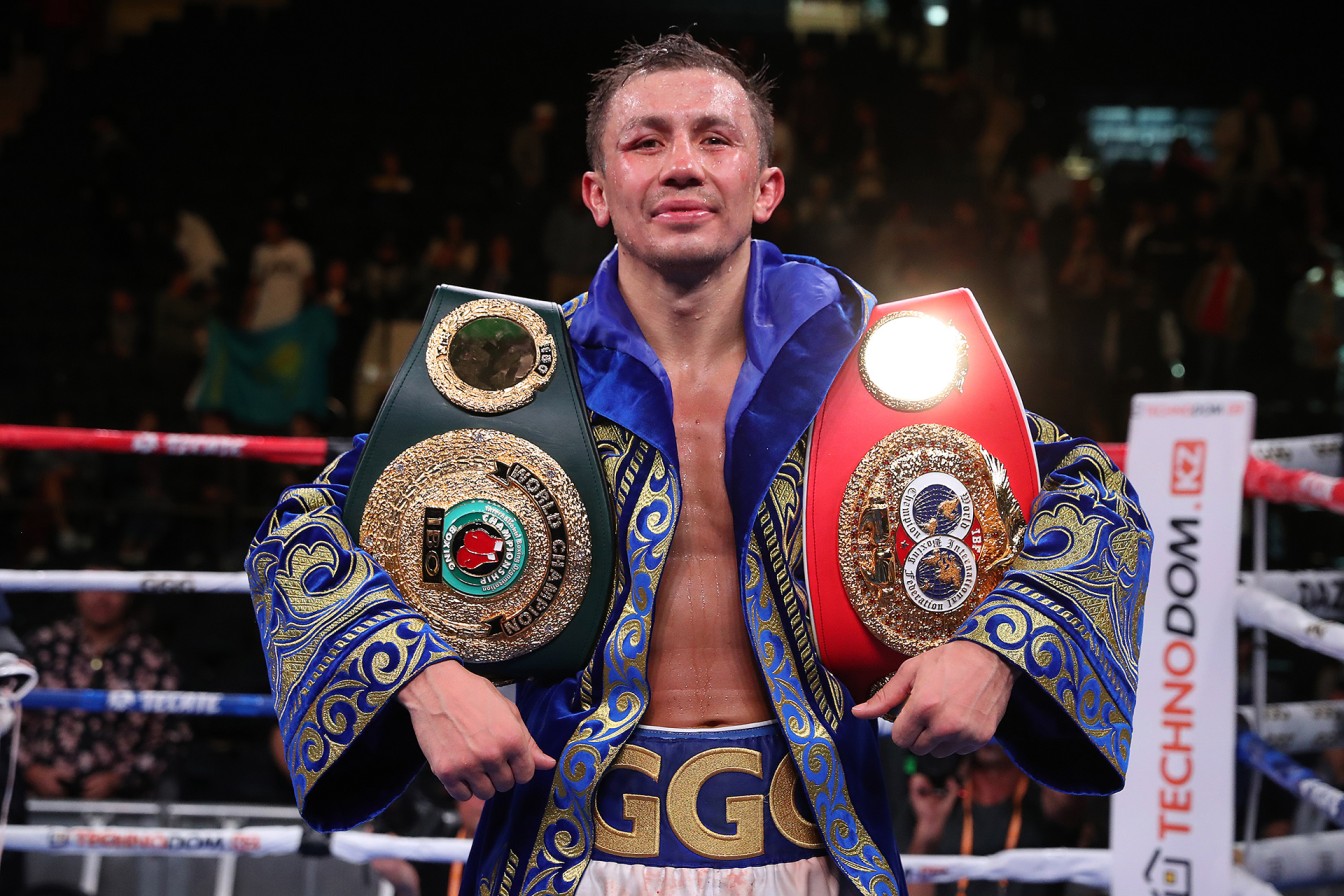 All systems GGGo for Golovkin’s run at Middleweight record

The Big Drama Show is back!

Gennadiy “GGG” Golovkin, boxing’s most dominant middleweight of his era, returns to the ring looking to make even more history when he attempts to make a division-record 21st successful defense of his World Middleweight titles. Golovkin (40-1-1, 35 KOs), from Karaganda, Kazakhstan, has worn a world championship belt every year since 2010. He will be making a mandatory title defense against undefeated top-rated contender Kamil Szeremeta (21-0, 5 KOs), from Biaylstok, Poland, Friday, Dec. 18, behind closed doors at Hard Rock Live at Seminole Hard Rock Hotel & Casino in Hollywood, FL. The Golovkin-Szeremeta IBF/IBO Middleweight World Championship fight, and its action-packed undercard bouts, will be streamed live exclusively on DAZN in over 200 countries and territories.

“This is not just any fight. It is a fight with great meaning. I always have the greatest respect for all of my opponents. I have really missed boxing and I wanted to fight this year. The goal — fighting for a record twenty-first successful world title defense.” Golovkin said.

“I want this title for Poland and my family. GGG is a great champion, one of the best in history, but it is time for replacement. Thank you for the great chance, I must take my opportunity to be the first world middleweight champion from Poland,” Szeremeta said.

“GGG is looking to make history this December on DAZN in front of a worldwide audience,” said DAZN EVP Joseph Markowski. “We look forward to launching our Global platform with an action-packed opening month featuring boxing’s biggest stars.”

“This is a historic moment for one of the best fighters of our generation. GGG has been providing explosive entertainment for many years now and we can expect a war on December 18 against Szeremeta. The Pole is the unbeaten mandatory challenger and I know the team really fancy their chances of an upset during these crazy times. As we have seen through Golovkin’s career — don’t blink and certainly don’t miss it,” said Eddie Hearn, managing director, Matchroom Sport.

Golovkin, who shares the record for consecutive World Middleweight title defenses, returns to the ring in his second reign as World Middleweight Champion. In a battle of former Olympic medalists, Golovkin regained the IBF middleweight title on Oct. 5, 2019, with a unanimous decision victory over Sergiy Derevyanchenko, a hellacious toe-to-toe slugfest that had the frenzied crowd at Madison Square Garden on its feet for the entire 12 rounds. Many considered it the Fight of the Year. Golovkin’s Big Drama Show has packed iconic arenas around the world, selling out Madison Square Garden, The O2 in London, the Fabulous Forum and StubHub Center in Los Angeles, and T-Mobile Arena in Las Vegas. This will be his first time fighting in the Sunshine State. His decade-long rampage on the middleweight division has also attracted millions of viewers who have watched him on premium cable, pay-per-view, and DAZN.

Now Golovkin faces his second consecutive top-rated contender in Szeremeta. The former EBU European middleweight champion, eight years younger than the defending world champion, enters this fight like a hurricane gathering strength, having won three of his last five fights by knockout, including a second-round stoppage of Oscar Cortes on the undercard of Golovkin-Derevyanchenko. His reign as EBU European middleweight champion included victories over Alessandro Goddi, Ruben Diaz and Andrew Francillette, who had a combined record of 79-4-4 when he fought them — a winning percentage of 91%.

The Golovkin-Szeremeta World Middleweight Championship event is brought to you by GGG Promotions, in association with Matchroom Boxing and Warriors Boxing.