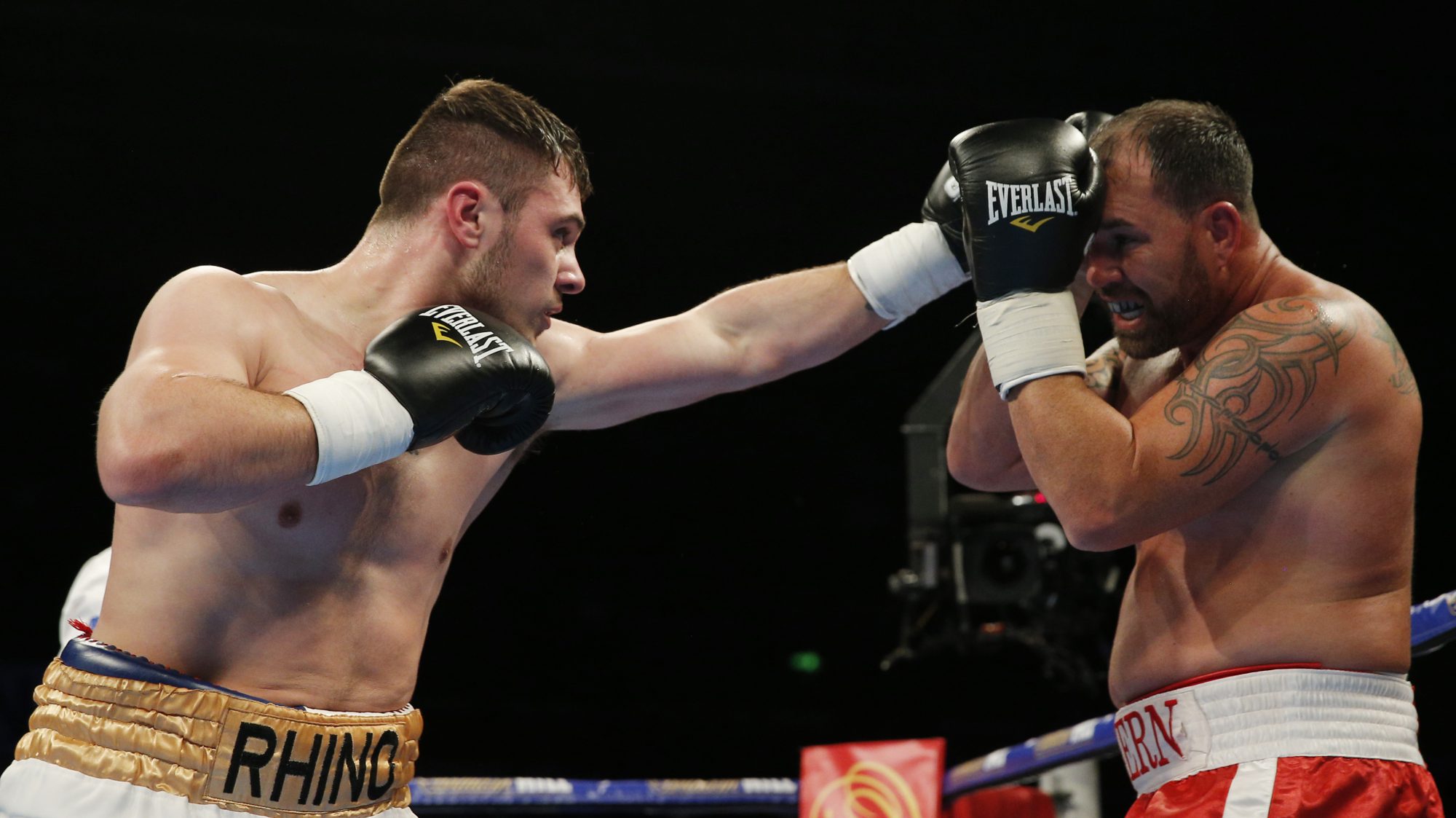 Dave Allen says he will make Luis Ortiz look like an old man when they clash at the Manchester Arena on December 10, live on Sky Sports Box Office.

Allen clashes with the Cuban star over eight rounds in Manchester on a night where Anthony Joshua defends his IBF World Heavyweight title and old foe Dillian Whyte puts his British belt on the line against Dereck Chisora in a WBC eliminator.

The Doncaster man can catapult his name into the mix for major fights too by beating Ortiz, and after ‘King Kong’ was frustrated by Malik Scott’s negative tactics on his European debut in Monte Carlo in November, Allen has promised to give everything he’s got and take a huge opportunity with both hands.

“Luis Ortiz is an old man and I’m going to make him look like an old man in there,” said Allen. “When he hits me, I’m going to stand there and smile at him. This is the fight that will catapult my career on the world scene. My sparring tells me that I have the ability to become world class, now this my time to go out there and show the world what I can do.

“I was waiting for the David Price fight but this is an even bigger opportunity and I’ve got absolutely nothing to lose in this. This is just another day for me, like a man going in to the office for the day. There is no nerves, yes there is excitement and anticipation.

“I respect Luis. Many people look at the Malik Scott fight and are judging him on that but I’m not. I look at the Bryant Jennings fight, the Tony Thompson fight, where he has been destroying opponents.

“Easy fights don’t do anything for me. I’ve made this opportunity myself pretty much like the Dillian Whyte fight. It’s giving me big exposure in the UK and it’s being talked about in America.

“I showed I have a good defence against Dillian, so I will be prepared for anything. I said to myself I would only fight the end of the year if it was against Price, but this fight is even bigger so I couldn’t say no. I’m going to put it all on the line against him. I’m going to stick it on him early, smack him bang on the chin and see how it goes.”

Allen and Ortiz clash as part of a huge night of action in Manchester as Anthony Joshua MBE defends his IBF World Heavyweight title against Eric Molina.