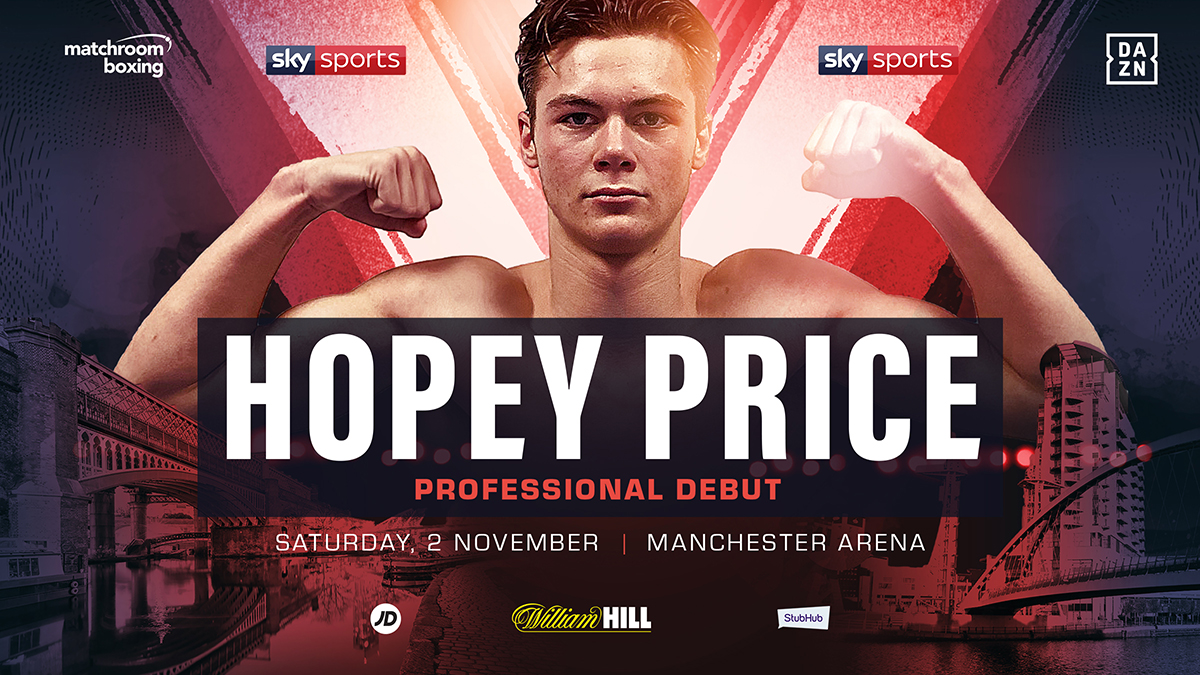 Matchroom Boxing are delighted to announce the signing of decorated amateur Hopey Price on a multi-year contract.

The slick southpaw landed Gold at the Olympic Youth Games last year in Buenos Aires to go alongside his two European Championships and seven National Titles.

“I believe I’ve got the right team around me to make it to the very top. One of the main reasons in turning pro was that I believe I didn’t have much more to achieve in the amateurs, I won a medal in every major tournament. It’s now time to see what I can do in the pro game and try to win as many titles as possible.”

Born and raised in Leeds, Price links up with trainer and manager Dave Coldwell in nearby Rotherham: “I’m really excited to be working with a young, exciting talent like Hopey. His amateur record speaks for itself. He’s developing nicely in the gym alongside the other lads and we had him sparring some high level professionals out in LA recently. Hopey’s adapting to the pro game already, there’s a lot of potential there.”

Promoter Eddie Hearn added: “I am delighted to welcome Hopey to the team and I look forward to and exciting future together. Hopey was an outstanding amateur and although he is still very young, his boxing IQ is well beyond his years. I have watched him working with Dave Coldwell and I strongly believe with the development and experience he will go all the way to the very top.”