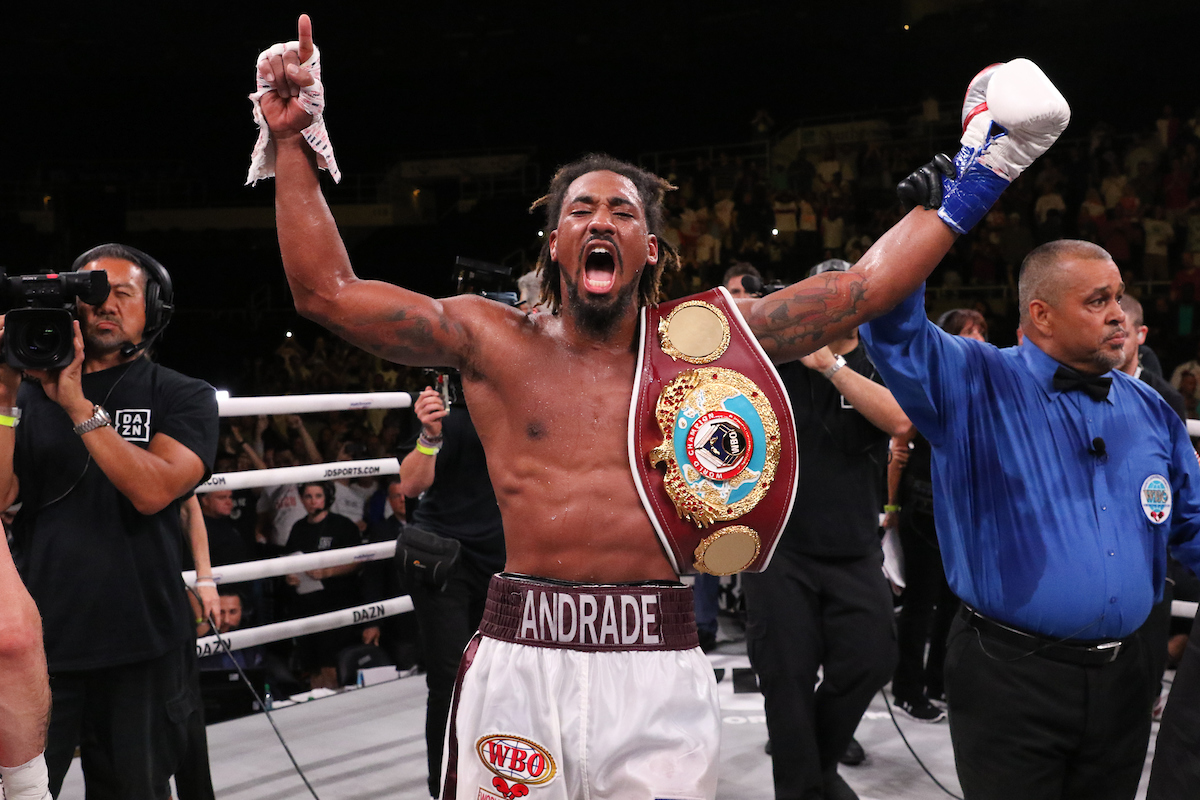 Demetrius Andrade has signed a four-fight extension to his contract with Matchroom Boxing USA.

Andrade (28-0 17 KOs) defends his WBO World Middleweight crown for the third time against Luke Keeler in Miami on January 30 live on DAZN in the US and on Sky Sports in the UK.

‘Boo Boo’ landed the vacant title in Boston in October 2018 with a win over teak-tough African Walter Kautondokwa and followed that win by stopping Artur Akavov in the final round of his first defense in New York in January 2019.

The Rhode Island ace went home for his second defense and thrilled his hometown fans at the Dunkin’ Donuts Center in Providence in June by putting Maciej Sulecki on the deck in the opening round en-route to a shut-out win over the Pole.

Irishman Keeler (17-2-1 5 KOs) travels to Miami in a bid to shock the world in his first World title fight, but Andrade wants to hold onto his title in style before attacking the big guns and fellow World rulers at 160lbs.

“I’m delighted to have signed an extension to my deal with Eddie Hearn and Matchroom Boxing USA,” said Andrade. “We have had a great 18 months and we’ve got plans to have an even bigger 2020 and 2021.

“I’ve matured in the ring as I’ve been more active and sometimes I think, if these guys had fought me before they might have had a better chance against me, but now they are giving me the time to sign with Eddie and DAZN, get active and fight four times, sharpen the tools and get the ring rust off. So, when it comes their time, it’s going to be hell for them!

“As long as I am building my legacy, performing the way I need to perform and people are loving my style and the things I am doing, I am not worried about anything else as the fans are going to start demanding that these guys fight me.”

The two-weight World ruler was one of the first fighters to team up with promoter Eddie Hearn in July 2018 as he expanded the Matchroom Boxing empire to America with a billion-dollar deal with DAZN, and Hearn expects the Rhode Island ace to have a big year in 2020.

“I am thrilled to have signed an extension to Demetrius’ deal with Matchroom Boxing USA,” said Hearn. “Demetrius is one of the best 160lb fighters in the world and now is the time to deliver him the fights against the other elite Middleweights in the division, live on DAZN.”