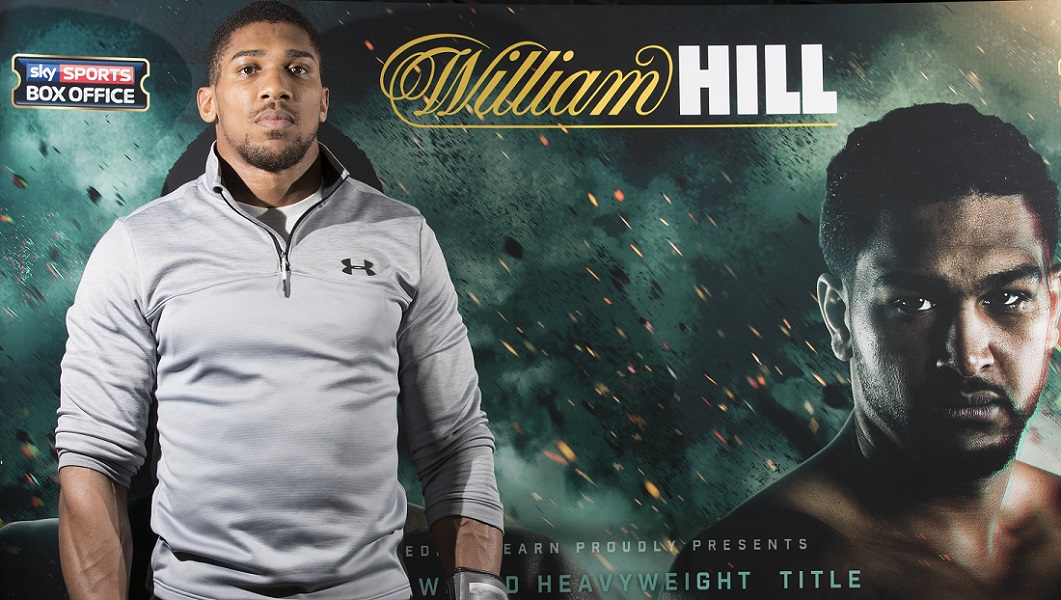 Anthony Joshua MBE is the 4/1 favourite with William Hill to win the BBC Sports Personality of the Year award.

Joshua defended his IBF World Heavyweight title in style on June 25, stopping the brave unbeaten American Dominic Breazeale in the seventh round at The O2 in London.

Joshua landed the belt at the Greenwich venue in April, ripping the crown from another unbeaten American, Charles Martin, inside two rounds thanks to a pair of vicious right hands.

The Olympic gold medal hero will take a break over the summer before defending his belt for the second time later in the year, where another strong performance could see him become the first boxer to win the award since Joe Calzaghe in 2007 and the fifth fighter to take the trophy home following two-time winner Henry Cooper, Barry McGuigan, Lennox Lewis and Calzaghe.

“Anthony Joshua is one of the most adored sports personalities in the country,” said Tony Kenny, head of sponsorship PR at William Hill. “If you couple that with his World championship winning performance this year then it’s easy to see why he’s our favourite to win the BBC award.”

Leicester City and England striker Jamie Vardy is second favourite at 5/1 with Real Madrid and Wales hero Gareth Bale at 9/1. Andy Murray won the award for the second time in 2015 and is 10/1 to make it a hat-trick as he bids for glory at Wimbledon and the Olympics in Rio, and he’s joined at that price by Jessica Ennis-Hill who bids to defend her Heptathlon gold this summer.

The 2016 BBC Sports Personality of the Year ceremony takes place at the Genting Arena in Birmingham on December 18.