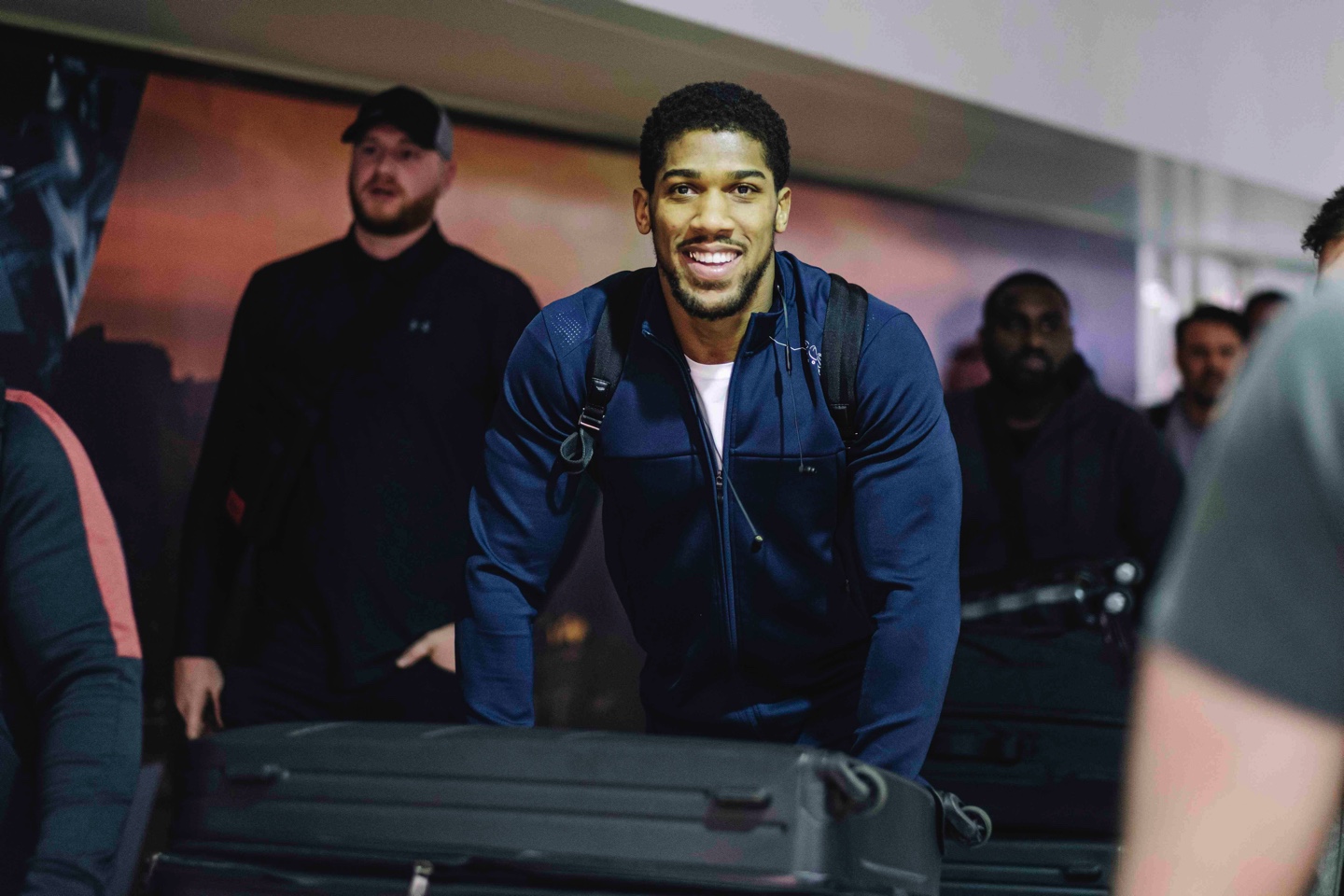 Anthony Joshua OBE has promised the world an “iconic evening of boxing” as he lands in Saudi Arabia ahead of his rematch with World Champion Andy Ruiz Jr in the Clash On The Dunes.

The boxing superstar landed last night at King Khalid International Airport in Riyadh as arrives to set up his pre-fight training camp to prepare for the epic bout on December 7.

The first Heavyweight World Title fight to be held in the Middle East, the Clash On The Dunes will take place in the custom-built 15,000 seat Diriyah Arena in the heart of the UNESCO World Heritage site known as the home of heroes and kings.

Joshua will be looking to regain his IBF, WBA, WBO and IBO belts after suffering defeat to Ruiz in New York earlier this year, but the British Heavyweight will have the backing thousands of UK fans joining boxing enthusiasts from more than 60 countries.

“It’s going to be an incredible night and I’m thrilled so many of my fans are going to be there, particularly from the UK,” said Joshua. “It’ll definitely be a night people will tell their grandchildren they were at, one of those iconic evenings of boxing. Everyone from Saudi has been brilliant to work with.”

Diriyah Season is an unmissable set of international sports and entertainment events, happening at the historic city of Diriyah, the birthplace of the Kingdom of Saudi Arabia. Sports fanatics, entertainment seekers, foodies and shoppers, are invited to a month of energy, excitement, elegance, and memorable moments as the world comes to Diriyah!

· Diriyah E-Prix 2019: The thrilling electric race returns with a double-header race weekend – 2 Races on Friday and Saturday, November 22 & 23
· A Historic Clash, known to the world as ‘Clash On The Dunes’ where Andy Ruiz Jr defends his title against Anthony Joshua for the World Heavyweight Championship
· A Battle for Glory as 8 of the world’s top Tennis stars compete for the ‘Diriyah Tennis Cup’
· Diriyah Equestrian Festival on December 12th, 13th, 14th, 19th, 20th and 21st , where contestants from all over the world will be one with their horses to qualify for TOKYO 2020

Tourist Visa Entry to the Kingdom of Saudi Arabia

Entry into the Kingdom of Saudi Arabia has changed for tourists visiting the country and the process is a simple online application.
Available to complete online, visitors can follow four easy steps which take just a few minutes to complete.
Step One: visit www.visa.visitsaudi.com
Step Two: Fill the application
Step Three: Pay the Visa fee
Step Four: Get your online Visa
Applications are often processed within a 48 hour period, with residents from 49 approved countries worldwide having their visas available through the fast track system.