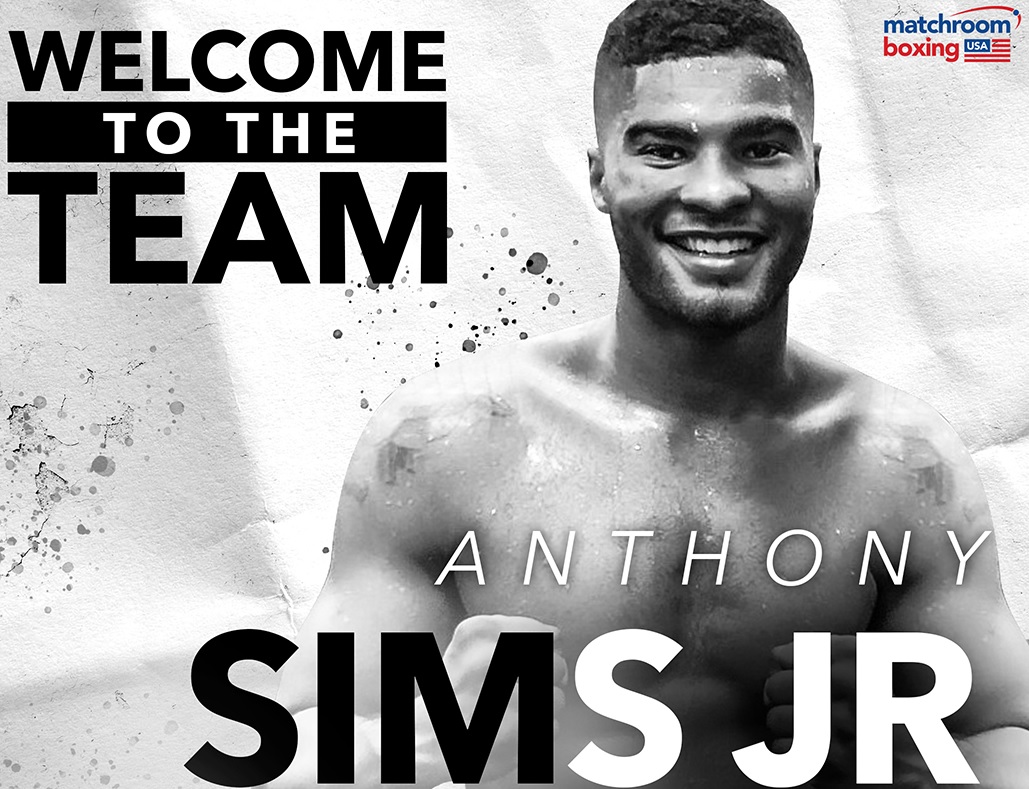 The unbeaten Indiana Light-Heavyweight talent is set to fight for the first time under new promoter Eddie Hearn this Saturday at the Ice Arena Wales in Cardiff, live on Sky Sports.

The 23-year-old has reached 14-0 in the paid ranks with 13 of those wins coming inside the distance, and the decorated amateur and cousin of Floyd Mayweather Jr is thrilled to be joining Hearn and is aiming to graduate to title action soon.

“It feels amazing to be teaming up with Eddie Hearn and Matchroom Boxing USA,” said Sims Jr.

“This is the biggest step that I have taken in my career to date and now I have the platform to show the World what I’m capable of.

“Floyd always told me that skills pay the bills and I believe that I possess the skills to take me to the very top of this sport. Signing with Matchroom will give me opportunities to fight higher class opponents and challenge for championship belts.

“I’m thrilled to be fighting in the UK for the first time this Saturday and I’m looking forward to making some new fans in Cardiff. I’ll be looking to keep the KO train going with another big performance.”

Sims Jr aims to make his debut on the streaming giant DAZN in October.

“I’m delighted to be working with one of the hottest Light-Heavyweight prospects in World boxing,” said Promoter Eddie Hearn.

“His achievements in the amateurs speak for themselves, he’s a former No 1-ranked United States amateur and is already on his way to being a huge success in the paid ranks.

“This is a brilliant addition to the growing Matchroom Boxing USA team and I’m looking forward to guiding Anthony towards major titles in the future.”