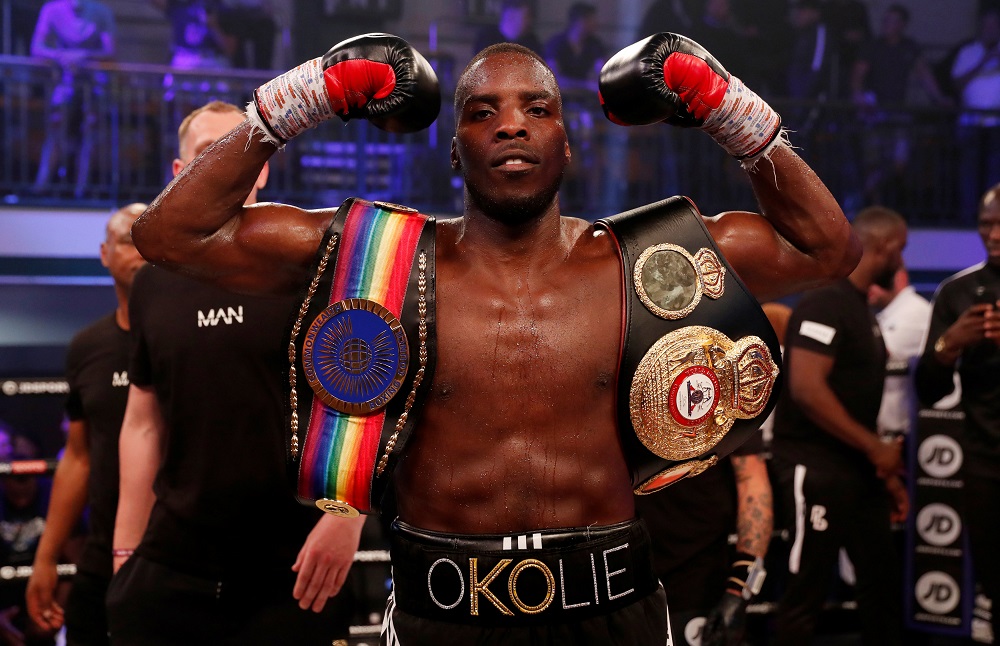 Askin Clashes With Okolie For British Title At Wembley

Askin halted Welshman Craig Kennedy in six to claim the Lonsdale belt at the Motorpoint Arena in Cardiff in May 2017 before stopping Scotland’s Stephen Simmons inside two rounds at York Hall in March.

“Every credit to Okolie, he’s vacated the Commonwealth title because he wants this fight but he’s going to end up flat on his back,” said Askin.

“I can punch, I can box, and I can have a fight. I’ll do whatever I need to do against him to get the win. I don’t think it will go past four or five rounds, it definitely won’t go the distance.

“We’re both going to come out all guns blazing, it’s as simple as that. He’s going to come out thinking’s he’s going to bang me out straight away. I’m looking to go out there and tear his head off. I’ll be going in there and giving 110%, my 110% beats his 110% every day of the week. I believe that I’m a level above him.”

Undefeated Okolie landed the WBA Continental Cruiserweight title in his grudge match with Isaac Chamberlain in front of a huge crowd at The O2 in February, flooring the Brixton man twice in his first title fight.

He then added the Commonwealth belt to his collection in just his ninth pro outing when he delivered a devastating third round knockout of the previously undefeated Luke Watkins at London’s York Hall and is looking to make it three titles in three fights when he faces Blackpool’s Askin.

”This announcement is a fantastic day for me,” said Okolie.

“My ultimate goal is to be the unified World Champion but before that I want to go down the traditional route, clean up domestically and prove to myself and the fans that I belong at that level.

“Matty Askin is a very experienced fighter who is ranked in the top 10 in the World. I want to start making my way towards the World scene and so I need to be able to beat people like Askin to do that. “I’ve won the Commonwealth title in my first two years and I want to keep that trajectory going by winning the British title and hopefully winning a World title before the next Olympics.”

Promoter Eddie Hearn said: “Lawrence is continuously surprising me with his desire to step up but this is by far his biggest jump yet. I rate Askin very highly and he has shown much improvement in his last couple of fights. This is another genuine 50-50 fight for the undercard and should be an absolute banger.”

Askin vs. Okolie lands on the undercard of Anthony Joshua’s Heavyweight unification blockbuster with Russian powerhouse Alexander Povetkin, Luke Campbell gets a chance for revenge when he rematches Yvan Mendy in a Final Eliminator for the WBC Lightweight World title, with further exciting additions to the undercard will be announced soon.