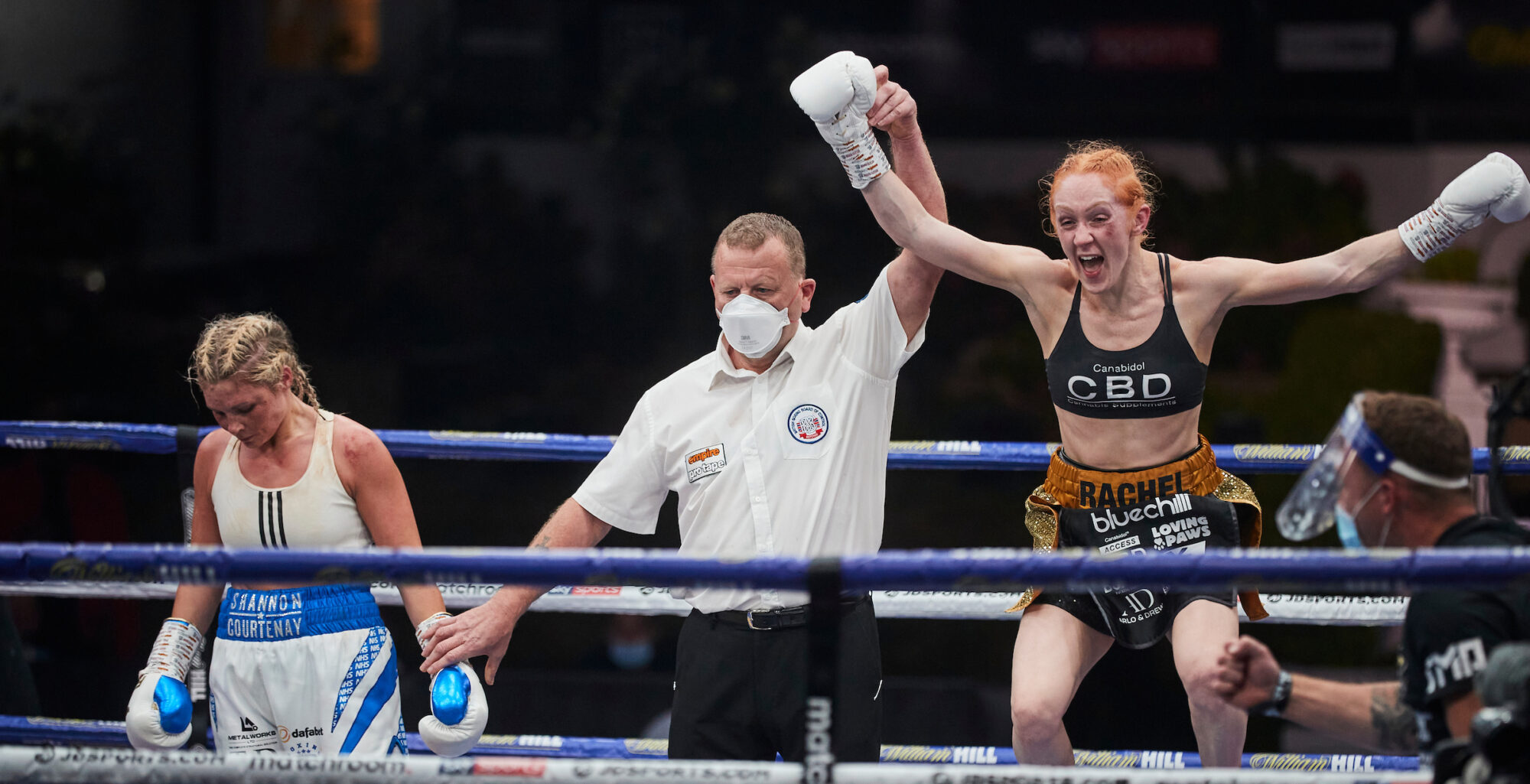 Ball: I’ve got to step up from the Courtenay fight

Rachel Ball is desperate to show fans a new and improved version of herself when she takes on Argentina’s Jorgelina Guanini for the vacant WBA Bantamweight Word Title on an historic night of action at The SSE Arena, Wembley on Saturday November 14, live on Sky Sports and DAZN.

Despite dropping and outpointing popular Watford prospect Shannon Courtenay in a huge breakout win at Matchroom Fight Camp back in August, the 29-year-old care worker from Aldridge wasn’t completely satisfied with her performance and says she needs to improve if she is to defeat reigning IBF Super-Flyweight World Champion Guanini.

“I’m pleased with my performance,” said Ball. “I’m very proud of myself, but I want to show more. Some people are still questioning my ability. I want to show them what I’m really about.

“I know how hard it is to get those decisions away from home, so I was relieved when my hand went up. Shannon needs the rematch more than me. I’m not really that bothered, and that’s no disrespect to her. I just want to fight as many people as I can.”

Ball (6-1) was originally scheduled to face Ebanie Bridges for the vacant Title before the Australian was forced to withdraw from their contest due to an injury, but the former three-time kickboxing World Champion isn’t fazed in the slightest by the change of opponent and says the outcome will remain the same.

“I’ve got to take things as they come, and this is my next challenge. I’m just preparing as hard as I can for that. There’s no point me looking any further than that. I’ve been given a great opportunity and I need to grab it with both hands. I’ll see what happens afterwards.

“I am overdue a stoppage. I need to get one. I know I am going to win this fight and I’m going home with that belt. That belt is not getting on that plane! It’s mine to win. I’m just overexcited that I’m back again so soon. I keep thinking about it and I don’t know if it’s real yet.

“I feel like I’ve got a lot to prove in terms of stepping up from last time. I want to come out of the ring and have Matthew Macklin on the commentary saying, ‘this girl has really stepped up, she looks like a completely different fighter’. I want him to get excited over me, not my opponent. I want everyone to get excited about my performance, and to show how much I’ve been listening and implementing everything that I’ve been told.

“I want fans to see a different Rachel Ball from the last one. I want them to see a whole new different level of strength, power and fitness. I felt like I had a really good fight camp last time. This time it has been even better. We’ve stepped it up a whole new level so I’m expecting that to be reflected in my performance.”