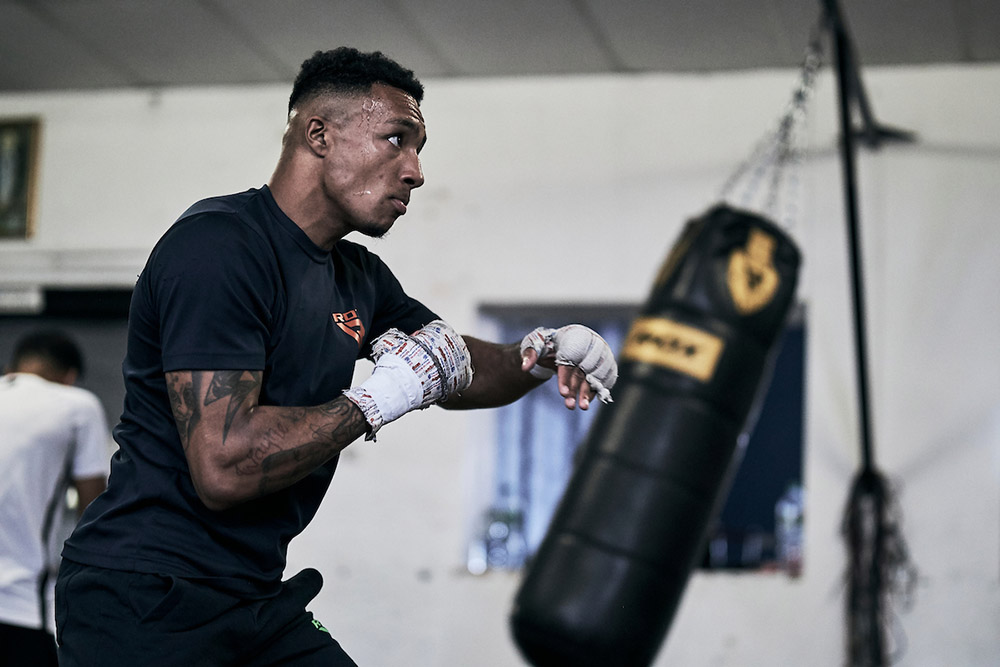 Zelfa Barrett insists that he was more than happy to jump at the opportunity to make his highly-anticipated Matchroom Boxing debut behind closed doors against undefeated Irishman Eric Donovan on Week 3 of Fight Camp in Brentwood on Friday August 14.

Barrett (23-1, 14 KOs) inked a promotional deal with Eddie Hearn in March and immediately secured a spot on the undercard of the blockbuster Dillian Whyte vs. Alexander Povetkin show at Manchester Arena that was heading for a complete sell-out before being postponed due to the COVID-19 outbreak.

Instead of making his debut under the Matchroom banner in front of thousands of fans at one of the most iconic fight venues around the world, ‘Brown Flash’ will now look to impress Sky Sports and DAZN viewers from the unique outdoor setting at Hearn’s old family home in deepest Essex.

“When you put those little gloves on and you put your shorts on; you’re in a fight. No matter what anyone else says, you’re in a fight. You get that same feeling with one person watching or 50,000 people watching. Those fans can’t help you when you’re in the ring.

Nephew of former European Super-Lightweight Champion Pat Barrett, Zelfa is regarded as one of the hottest prospects in British boxing. He picked up the Commonwealth Title against Lyon Woodstock at the First Direct Arena in Leeds before halting Jordan McCorry in nine rounds in his first defence of the belt.

The Manchester native who trains out of the renowned Collyhurst and Moston ABC isn’t short on confidence and hopes to kickstart a World Title push in the 130lbs division with a standout performance against ‘Lillywhite Lightning’ Donovan in front of his new promoter next month.

“The opportunities are endless with Eddie. You’ve just got to be ready. I’m like a Josh Warrington or a Kid Galahad – I live in the gym. I’m a gym rat. There’s so many opportunities out there in my weight division. Confidence is everything. You can have all of the ability in the world but if you don’t believe in it then you’re not going anywhere. I believe I’m one of the best fighters in Britain.”