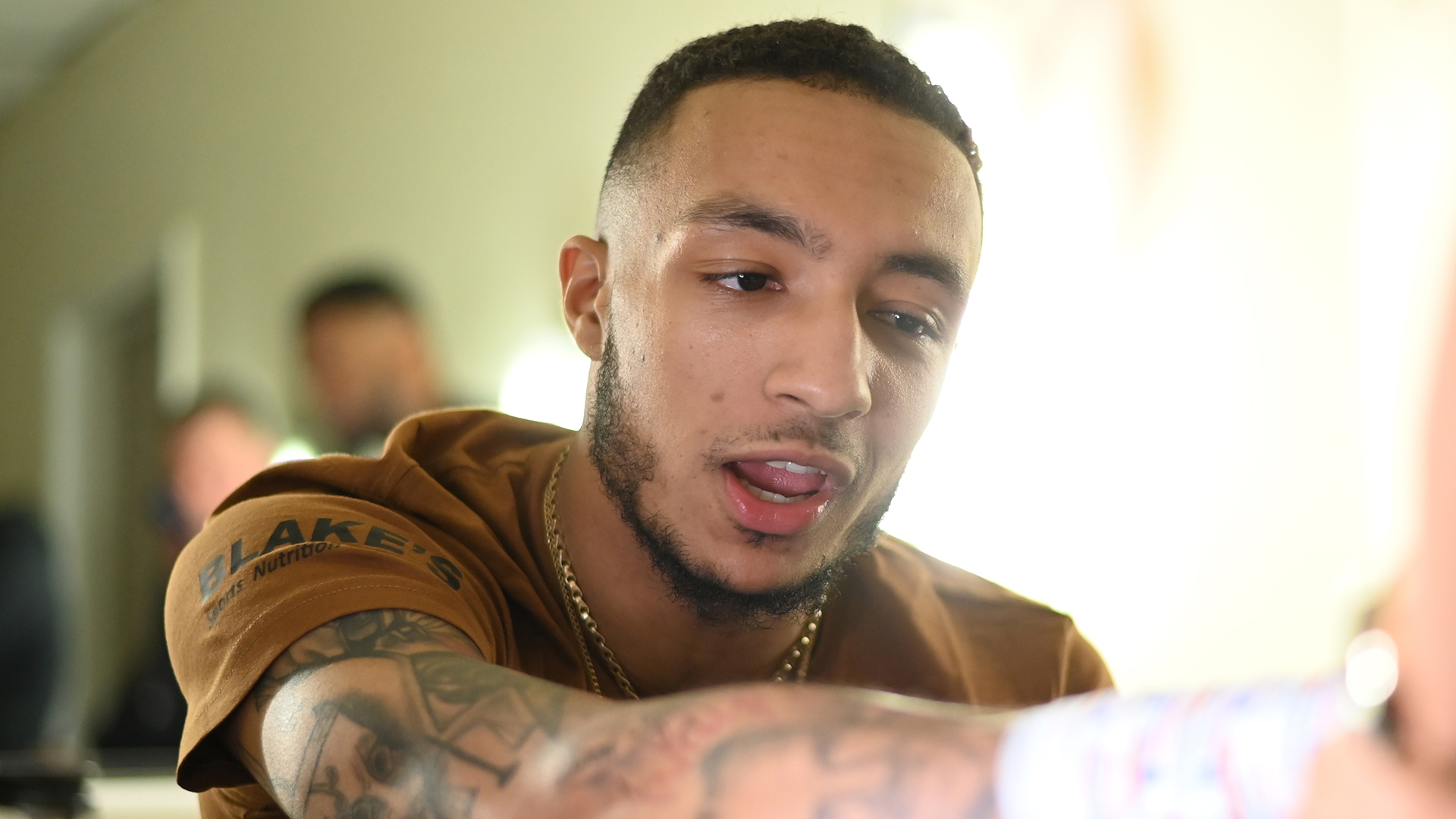 Barrett steps in for World Title shot in Abu Dhabi

Joe Cordina was set to make the first defence of his IBF World Title on the stacked undercard of Dmitry Bivol’s WBA Light-Heavyweight World Title clash with Mexico’s Gilberto Zurdo Ramirez, but the Welshman suffered a hand injury that required surgery and was subsequently stripped of his title by the IBF.

Manchester’s Barrett (28-1, 16 KOs) is ranked at No.2 with the IBF and is next in line to fight for the famous red and gold belt against the IBF’s No.1 ranked Super-Featherweight Rakhimov (16-0-1, 13 KOs) – who gets a second opportunity to fight for the 130lbs crown following his draw with an overweight Joseph Diaz last year.

‘Brown Flash’ lands his dream World Title shot after a string of impressive wins that have pushed the 29-year-old up the world rankings, including a shutout points win over South Africa’s Bruno Tarimo in their World Title eliminator bout last December and another wide points win over Faroukh Kourbanov to claim the European Title at the Cardiff Motorpoint Arena in June.

Kal Yafai (26-1, 15 KOs), older brother of Galal, fights for the first time since losing his WBA Super-Flyweight World Title to modern great Roman ‘Chocolatito’ Gonzalez at The Ford Center at The Star, Frisco back in February 2020.

Hyde Lightweight prospect Campbell Hatton (8-0, 2 KOs), son of British boxing legend Ricky, goes for his fourth win of 2022 after notching wins over Joe Ducker at The O2 in February, Ezequiel Gregores at Manchester Arena in April and most recently Michal Dufek at Sheffield Arena in August.

“It’s amazing to be fighting for the IBF Super-Featherweight World Title in Abu Dhabi on a big show,” said Barrett. “I feel like it’s deserved. I had a World Title Eliminator last year and I’m ranked No.2 in the world with the IBF. I’ve been in the gym and I’ve always said I’m two fights away from being a World Champion. I beat Bruno Tarimo and then I beat Faroukh Kourbanov. So now I’m here and it’s my time to shine.

“Rakhimov is a very good fighter. He comes forward, he’s aggressive and he’s got a good boxing brain. I’m expecting a tough fight and a tough 12 rounds. We’re going to have to work every second of every minute of every round. I’m preparing for that and I’m going to leave no stone unturned. We’re putting everything into this opportunity.

“Of course you’d like more notice but I’ve been in the gym training and working hard anyway. When we got the call, we were ready. No doubt. Anyone would like more time to prepare but this is what makes me different to the other fighters. Some fighters get 12 weeks, some fighters get 10 weeks, I’ll do it in 6 and look good doing it too.”

“Shavkatdzhon Rakhimov against Zelfa Barrett for the vacant IBF Super-Featherweight World Title is another 50-50 fight for Abu Dhabi’s new ‘Champion Series’,” said Matchroom Sport Chairman Eddie Hearn. “Rakhimov is a very good fighter. He’s a former IBO World Champion and has already fought for the IBF World Title. Zelfa is a guy who’s earned his shot. He fought an IBF Eliminator Tarimo and he’s ready to go. This is a massive opportunity for him in neutral territory on a huge show to go and change his life.

“Zelfa Barrett as World Champion against Joe Cordina coming back to try and regain his World Championship is a massive fight for British boxing. Joe will be really down and frustrated at the moment, but he will get that World Title shot as soon as he resumes his career – hopefully that will be against Zelfa Barrett and we’ll get a massive all-British fight. Three World Title fights and a stacked undercard featuring Olympic Champions, former World Champions and some of the best up and coming prospects from around the world – we can’t wait for November 5!”

Tickets for the World Title triple-header Dh 100, with limited VIP packages including ringside seats. All tickets are on sale at www.etihadarena.ae.