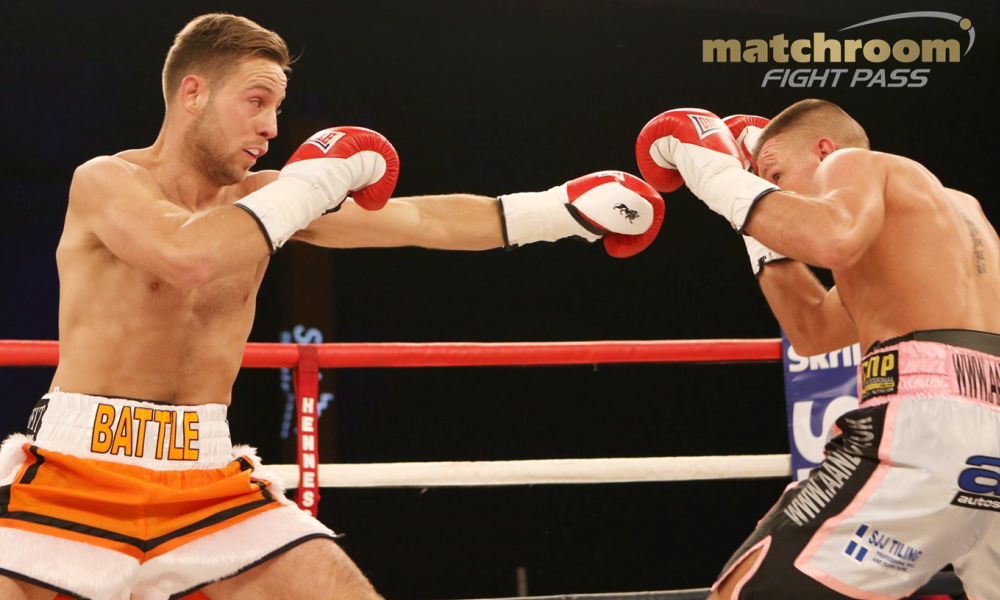 Battle: I’m Like Tyson And Mayweather Rolled Into One

Battle dismisses Garton as one dimensional

It is only three days until the Goodwin Promotions “It’s Go Time” show to be shown live on Matchroom Fight Pass and the war of words is heating up between Adam Battle and Johnny Garton who co-deadline the 11 fight card.

Battle and Garton compete for the vacant Southern Area Welterweight title and outspoken Battle is super confident ahead of the title fight.

“Johnny Garton is one dimensional. I hit harder than Mike Tyson and counter punch like Floyd Mayweather”. Battle continued “I was due to fight Ahmet Patterson for this title earlier this year and Garton is much easier. I will win this fight no problem”

Garton was more reserved “I believe I can win this fight. I want 50/50 fights and now my manager/promoter has delivered me one. My training has gone perfect along side Alan Smith and I will be at my best this Saturday.

Watch the interviews in full here

In the co main event An exciting clash for the vacant Southern Area Super-Featherweight title sees “Saint” George Jupp (10-2) take on Craig Poxton (8-2). This is a real 50/50 fight and one to savour.

The undefeated Rakeem “The Noble” Ashaye has his first title fight when he takes on Lewis O’Mara from  Portsmouth for the British Masters Bronze Light-Welterweight title.

The show sees the return of former two time Southern Area challenger Ryan “Crash Bang” Taylor after a year out of the ring. This exciting young fighter moves up to Welterweight for a 6 round International contest.

Three exciting Cruiserweights appear. Jose “The Look” Lopes trained by Don Charles has his second paid contest after looking really impressive on his debut. Jose has a real grudge match against last time out winner John Weeks from Portsmouth.

Former K1 Champion Adam Hart makes his debut as a professional boxer in a contest against Dimitar Spaiski.

Finally “The General” Aji Sharif has won all three contests and has his fourth paid outing. He takes on the 6 foor 9 Giant Imantas Davidaitis from Lithuania.

Leon McKenzie has his first fight since signing with the Goodwin’s. Leon takes on Scott Douglas in a 6 round contest. McKenzie is unbeaten in five contests and Douglas has lost only 1 out of 4 so this promises to be exciting.

We are delighted to showcase the debut of former star amateur Josh Kennedy from Folkestone. Josh makes his debut in a 4 round Super-Featherweight contest. Josh has no easy task as he takes on Sergej Logins who has won 6 and drawn 1 and lost only one fight.

Unbeaten Light-Welterweight Ben Day takes on Ben Kneller from Portsmouth in a siux round contest.

Last but not least we are delighted to showcase the Ricky Hatton trained Antony Upton who has a 6 round International contest against Janos Vass from Hungary.

Remaining tickets are available at www.goodwinpromotions.co.uk