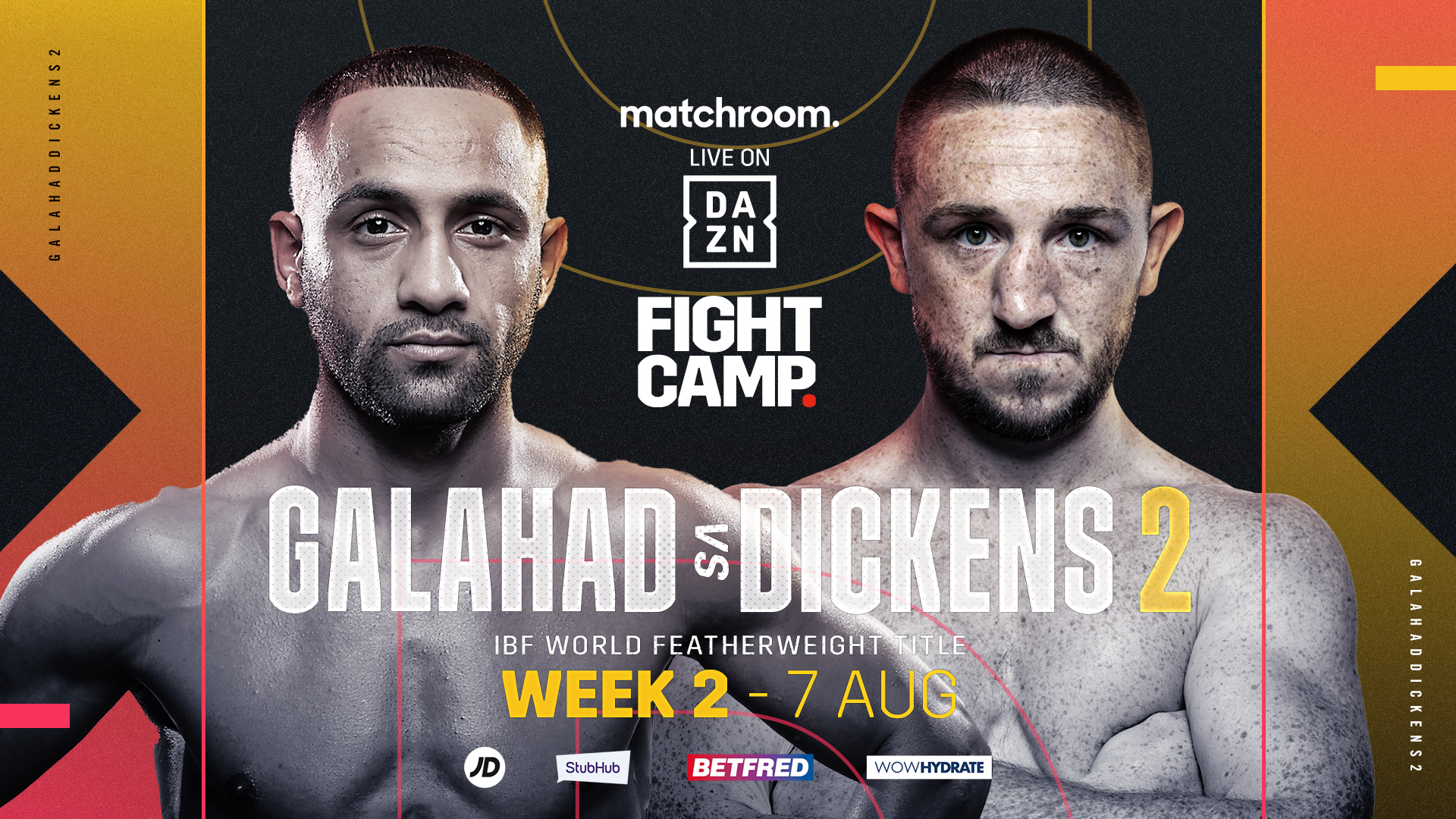 BBC Radio 5 Live will see out a great summer of sport with a flurry of top-flight fight nights, after signing an exclusive deal with Matchroom Boxing.

It all kicked off at the weekend with Saturday’s Fight Camp opener at the stunning Matchroom HQ in Brentwood, Essex, which was headlined by Xu Can’s WBA Featherweight World Title defence against Leigh Wood.

Nottingham boxer Wood came out on top with a sensational 12th-round stoppage of China’s Xu Can to become his city’s second ever World Champion.

Sheffield’s Galahad (21-1, 16 KOs) and Liverpool’s Dickens (30-3, 11 KOs) fought for domestic honours at Super-Bantamweight back in 2013, with Galahad winning. But Dickens insists that encounter will have no bearing on this weekend’s fight, coverage gets underway on BBC Radio 5 Live at 10:30pm on Saturday night.

Frank Smith, CEO of Matchroom Boxing, said: “I am delighted that BBC Radio 5 Live and BBC Sounds will be covering these three massive nights of action as we close out a huge summer of boxing. The all-British clash for the IBF Featherweight World Title between Kid Galahad and Jazza Dickens is set to be a cracker at the top of Fight Camp Week 2 this weekend and rising Light-Heavyweight start Joshua Buatsi takes a huge step up when he takes on Ricards Bolotniks at the top of Week 3. Then it’s Leeds on September 4 for Josh Warrington’s huge rematch with fearsome Mexican puncher Mauricio Lara.”

Louise Sutton, 5 Live Sport Editor, said: “BBC Radio 5 Live Boxing has provided superb live coverage of some colossal fights over this past year, with many more to come.

“This deal with Matchroom confirms another series of thrilling nights of action for fans to enjoy. We’re delighted to be providing UK boxing fans with live free-to-air coverage of each head-to-head, alongside expert analysis, opinion and some special guests.”

Fans can listen live, on BBC Radio 5 Live or via BBC Sounds app.