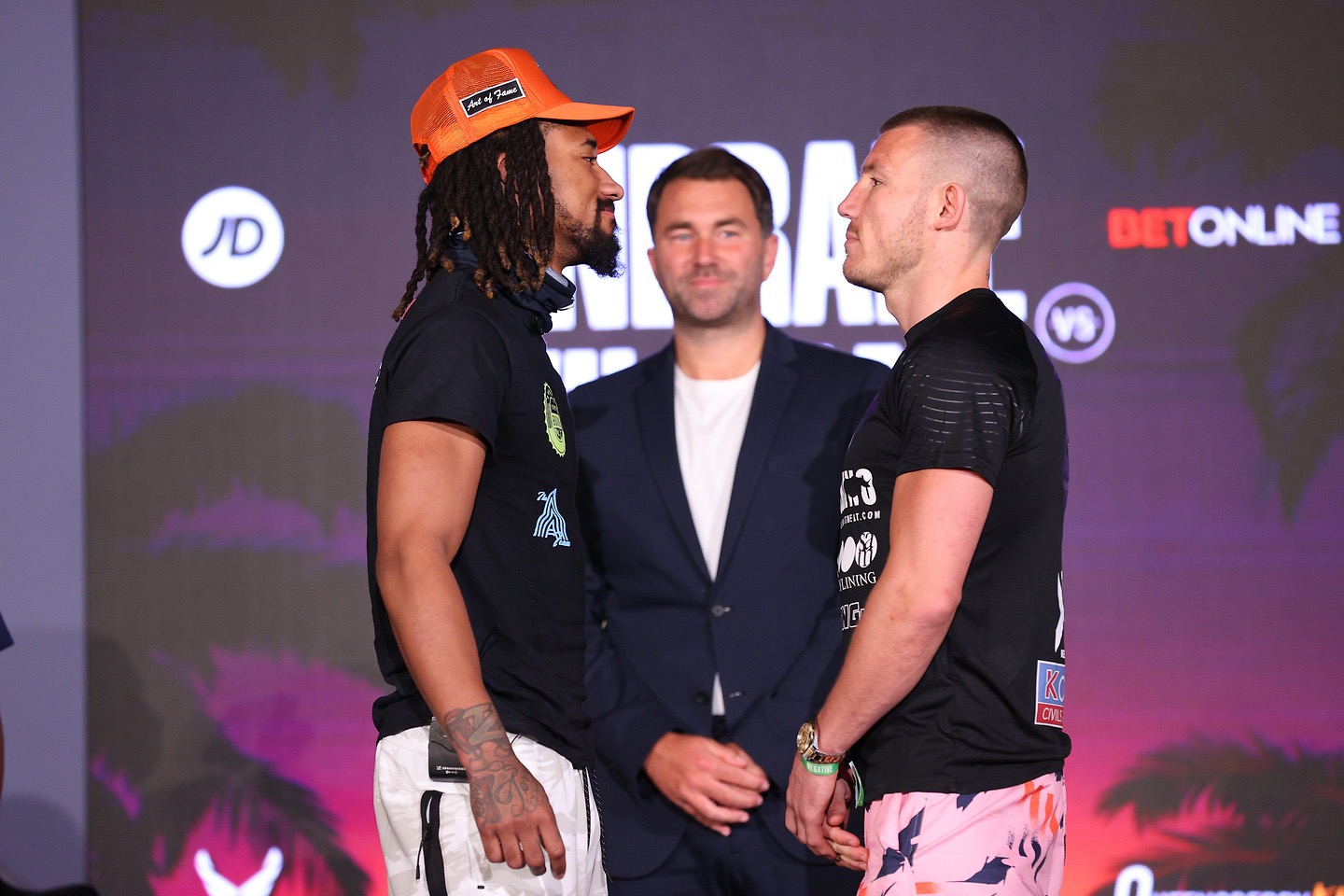 BBC Radio 5 Live will broadcast three huge fight nights live on the radio, kicking off this weekend with Demetrius Andrade defending his WBO World Middleweight title against Liam Williams in Florida on Saturday night, then from Manchester on May 1 with the stacked card led by the Heavyweight clash between Derek Chisora and Joseph Parker and Katie Taylor’s undisputed Lightweight defence against Natasha Jonas, and the blockbuster World Super-Middleweight unification clash between Canelo Alvarez and Billy Joe Saunders from Texas.

Andrade (29-0 18 KOs) puts his title on the line for the fourth time against Welsh mandatory challenger Williams (23-2-1 18 KOs) and fight fans in the UK will be able to tune into the crunch battle from 11pm (GMT) on the BBC on Saturday night.

One week later, the biggest fight of the year so far takes place at the home of the Dallas Cowboys in Arlington, Texas as pound-for-pound king Alvarez (55-1-2 37 KOs) battles unbeaten Briton Saunders (30-0 14 KOs) for the WBC, WBA Super, WBO and Ring Magazine straps at 168lbs.

Louise Sutton, 5 Live Sport Editor, said: “BBC Radio 5 Live Boxing has provided superb live coverage of some colossal fights over this past year, with many more to come.

This deal with Matchroom confirms another three thrilling nights of action for fans to enjoy, including some of the most anticipated fights of the year. We’re delighted to be providing UK boxing fans with live free-to-air coverage of each head-to-head, alongside expert analysis, opinion and some special guests.”

Promoter Eddie Hearn said: “I am delighted that BBC Radio 5Live will be covering these three massive nights of action. Andrade vs. Williams is a great fight in Florida on Saturday, as Demetrius aims to make a statement and Liam can become Wales’ 13thWorld champion.

“The May 1 show is a monster. It’s topped by the Heavyweight showdown between Chisora and Parker which is sure to set fire early and leads a stacked bill with two great World title fights in Taylor vs. Jonas and Bivol vs. Richards.

“Completing the trio is the biggest fight of the year so far, as the pound-for-pound boss Canelo Alvarez taking on the UK’s finest in Billy Joe Saunders in front of over 70,000 fans on Cinco De Mayo weekend in Dallas – that is going to be an unforgettable occasion and a mammoth fight.”