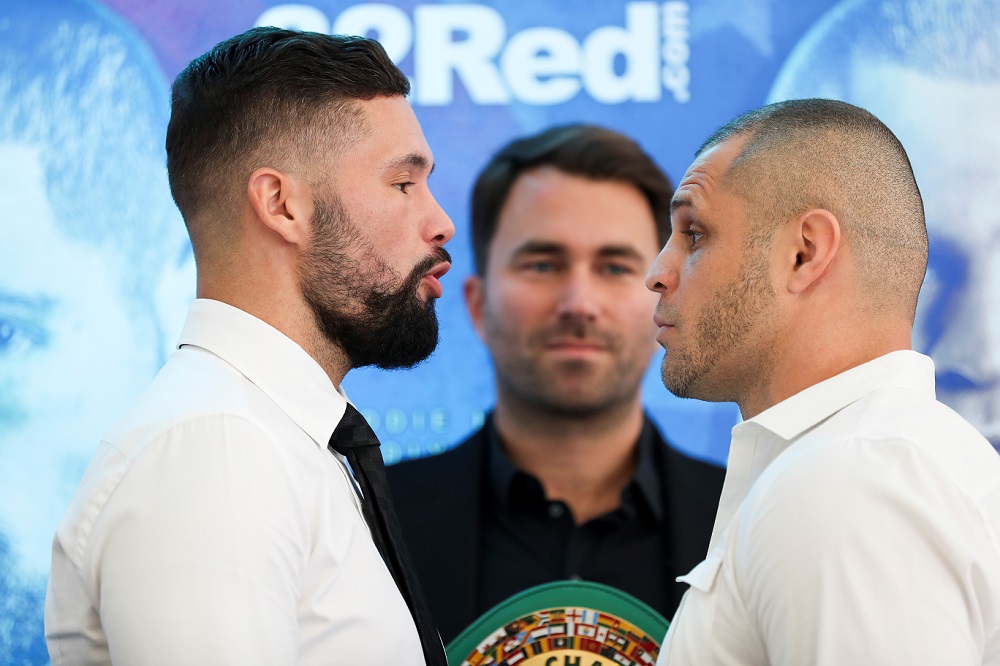 Bellew: I Can’t Wait To Shut Flores Up

Tony Bellew has vowed to shut BJ Flores up in style when they clash for Bellew’s WBC World Cruiserweight title at the Echo Arena in Liverpool on Saturday night, live on Sky Sports.

Bellew landed the WBC crown in a fairy tale night at Goodison Park when he got off the canvas in the first round to destroy dangerous South African Ilunga Makabu in the third round.

‘The Bomber’s’ first defence brings brash American Flores to Merseyside with Bellew believing the challenger has changed his tune – swapping the trash talk that saw him land the fight with respect – and Bellew says that doesn’t wash with him and is preparing a punishing night.

“The fight was made because of his mouth,” said Bellew. “He’s been following me around for two years, saying I’m not a Cruiserweight I’m a Light-Heavyweight, saying I couldn’t live with him – on Saturday night I am going to show him what I can do.

“When I say something, I mean it. Everything he’s said he’s meant it and he’s going to pay for it on Saturday night. He’s had two World title fights, or fringe World title fights, whereas I’ve done it the hard way. I’ve earnt every single thing that I’ve got. I’ve boxed in final eliminators against top fighters, and it’s going to show on Saturday night.

“He says he respects me, but I know he doesn’t. His playboy mates think I am an easy touch, but when he gets in the ring and I hit him with ten ounce gloves on, he’s going to feel it. He’s going to look across the ring at me and think, he looks a bit chunky, a bit flabby, but trust me, when I hit him for the first time he’ll think: what was that? The same thing Makabu thought. It’s a tall skinny fat lad from Liverpool with dynamite in both hands and you are going to feel it on Saturday night.