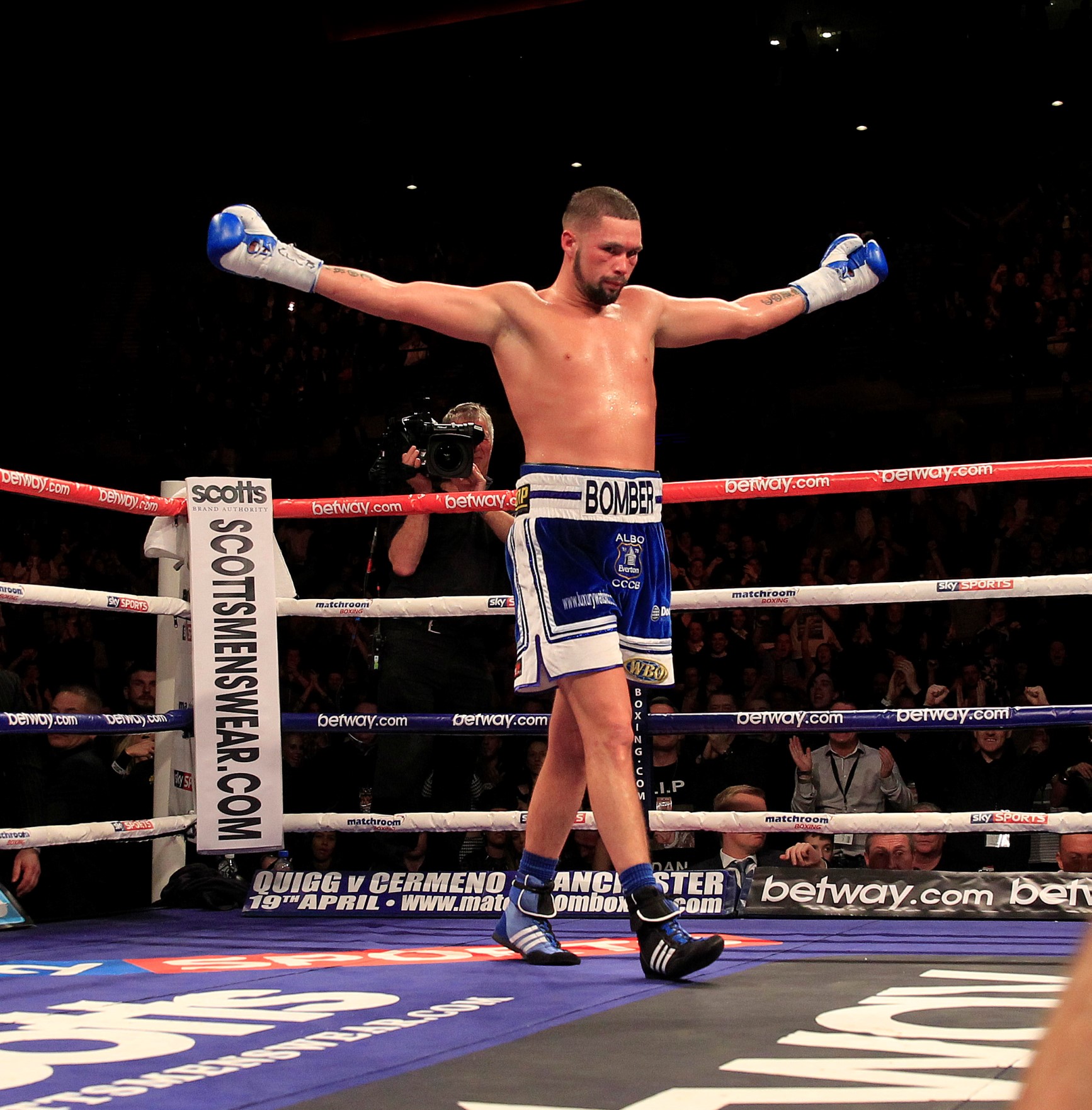 Tony Bellew has landed his dream World title night at the home of Everton Football Club as he takes on Ilunga Makabu for the vacant WBC Cruiserweight strap at Goodison Park on Sunday May 29, live on Sky Sports.

The diehard Evertonian has won six on the bounce since stepping up to Cruiserweight, settling the score with bitter Welsh rival Nathan Cleverly in their rematch and landing the European title in his last outing in a gruelling encounter with Mateusz Masternak – and now the 33 year old takes on a formidable foe in Makabu.

All but one of Makabu’s 19 wins have come inside the distance, and the Congolese man ranked number one joined Bernard Hopkins as the only fighters to stop the granite chinned Glen Johnson when he picked up the WBC International strap.

“I’m over the moon to get this opportunity,” said Bellew. “Eddie Hearn and Bill Kenwright the chairman of Everton have got this done, I can’t thank them enough. They are both behind me 100 per cent and I’m looking forward to getting this all underway.

“I’ve been training for four weeks now and this is the defining fight and night of my career. The experience has been passed, I’ve done it all now, British, Commonwealth, European – beaten fringe contenders, former world champions – I’m ready to conquer the world.

“I can’t wait for this all to get underway now, the build-up, press conferences – coming face to face with Ilunga Makabu for the first time.

“The WBC belt has always been the one that I’ve wanted to win more than any other. I’ve got unfinished business with that Green Belt, I lost last time against Adonis Stevenson at Light-Heavyweight, but I was never a Light-Heavyweight.

“I was born to lift that belt on May 29, I’ve achieved my dream getting this fight on, I know I’m going to win, I can’t and won’t be defeated at Goodison Park – the greatest stadium in the world.

“I’m expecting the city to turn out in their droves as it’s going to be a very special event for us all.”

“Tony has not hidden the fact that winning a world title at Goodison Park will make all of his dreams come true – and that’s what the whole of Merseyside wants to happen,” said Kenwright. “On May 29 Goodison will be full to the rafters with Blue and Red – united in one goal. To salute Liverpool’s new World Champion – Tony Bellew.”

Promoter Eddie Hearn added: “There has been a huge amount of work behind the scenes to make this happen. I want to thank Bill Kenwright and everyone at Everton and also the Mayor of Liverpool Joe Anderson for his support. This is unique, a once in a lifetime event for Liverpool boxing and the club and I’m proud to be a part of it. This has been a dream of Tony’s throughout his career and I’m delighted he gets his chance to win the World title at Everton. This will be a celebration for boxing in Liverpool with a card stacked full of local talent in major championship fights – come enjoy a great event with us on Sunday May 29!”

Tickets will go on general sale at midday on Tuesday 3rd May, Tickets priced £40-£200 can be purchased by visiting www.evertonfc.com/eticketing, or by calling 0151 556 1878*. Alternatively, tickets can be purchased in person by visiting the Park End ticket office or our City Centre ticket facility in Everton Two, Liverpool One. £400 VIP tickets will be available exclusively from www.matchroomboxing.com