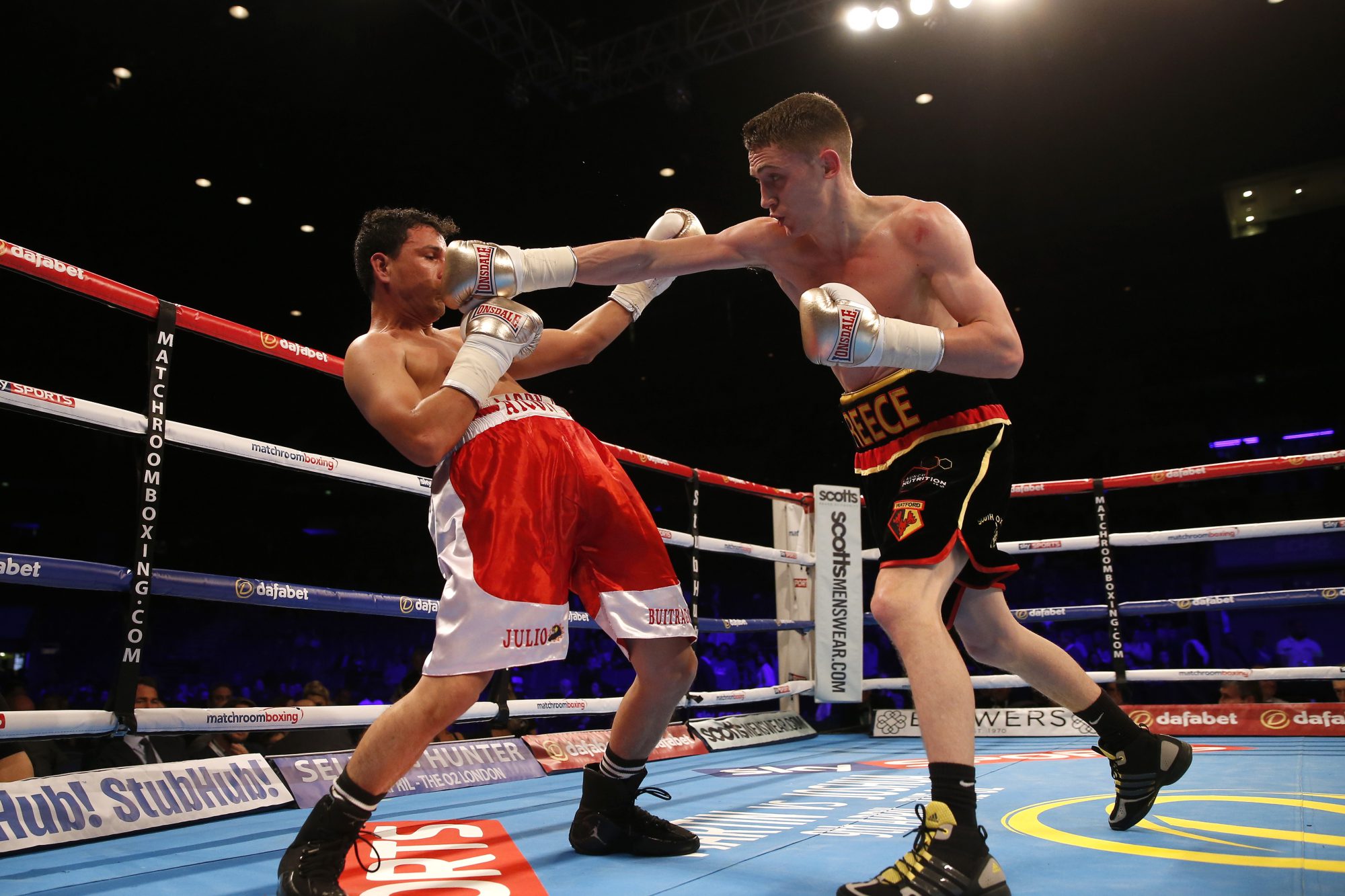 Reece Bellotti will take on Ian Bailey in an eliminator for the English Featherweight title at York Hall, Bethnal Green on Thursday September 29.

Unbeaten Watford talent Bellotti has finished five of his six fights inside the distance and the ‘Bomber’ will be looking to make that six out of seven in his first ten round action in the paid ranks.

Bailey has challenged for the English title twice, taking Josh Warrington the distance in 2013 and doing the same with Ryan Doyle in January, and the former Southern Area champion from Slough will be looking to set up a third crack at the strap in his 34th pro outing.

Tickets are on sale now at http://www.stubhub.co.uk/matchroom-boxing-tickets-matchroom-boxing-presents-a-night-of-championship-boxing-london-york-hall-29-9-2016/event/9656210/?gcid=chPrt-_-geoUK-_-genboxing-_-cpgyorkhallsept-_-partmatchroom priced at £40 (unreserved), £60 (floor) and £100 (ringside).