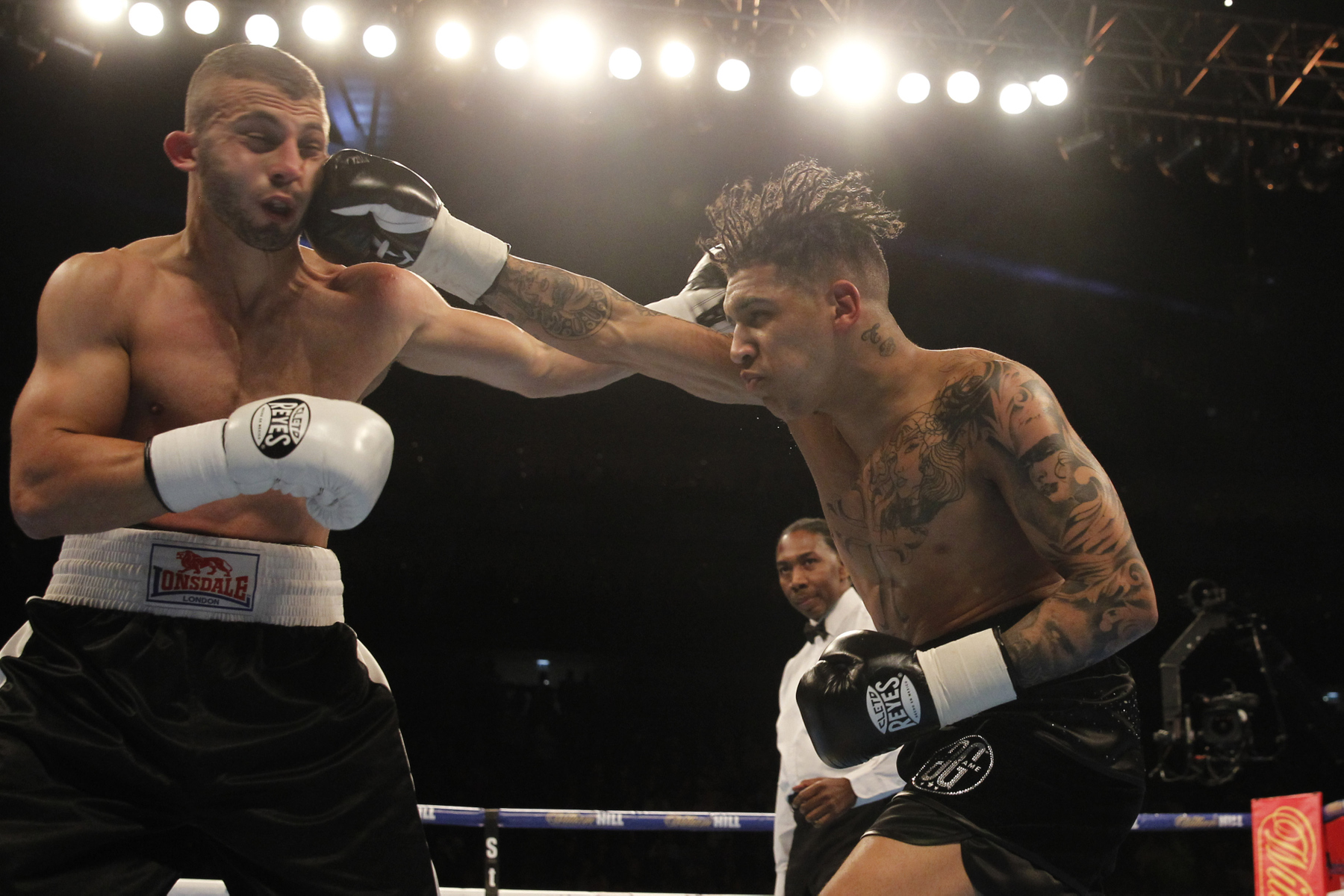 Benn Back In Glasgow And London

Conor Benn returns to action after an impressive April debut with spots on two World title undercards – Ricky Burns’ vacant WBA World Super-Lightweight title clash with Michele Di Rocco in May 28 at The SSE Hydro in Glasgow and Anthony Joshua MBE’s IBF World Heavyweight title defence against Dominic Breazeale at The O2 in London on June 25.

Son of British legend Nigel kicked-off his pro career in style when he landed a first round KO on his debut at The O2 on the undercard of Joshua’s World title win earlier in the month and will form part of the star-studded line-up for Joshua’s first defence at the same venue.

Before that, Benn heads north of the border as his fellow Tony Sims’ trained gym-mate Burns looks to make history and become a three-weight World champion – and the 19 year old is still pinching himself at the

“I never thought that when I came over here I would be good enough to sign for Eddie Hearn and Matchroom – but so far it has been proven otherwise,” said Benn.

“My Dad backed me and next thing I knew I was walking out at The O2 in front of 20,000! It’s been an unbelievable journey so far and I’m pinching myself that I’m with Matchroom.

“I only had 20 amateur fights and came here to the UK with the intention to stay amateur for three years – which is what my father wanted me to do, but I wanted to turn professional.

“I’m just a baby in the sport of boxing starting out, coupled with being only 19 years old. I’m relaxed and don’t feel any pressure, I’m just going to be myself and do it my way.

“I want to box all over the country, so going to Glasgow and boxing on the undercard of Ricky’s third World title fight will be a huge honour for me.

“I’m excited to be boxing back at The O2 too and one thing you can guarantee with me is that I will be explosive and excite the fans.”