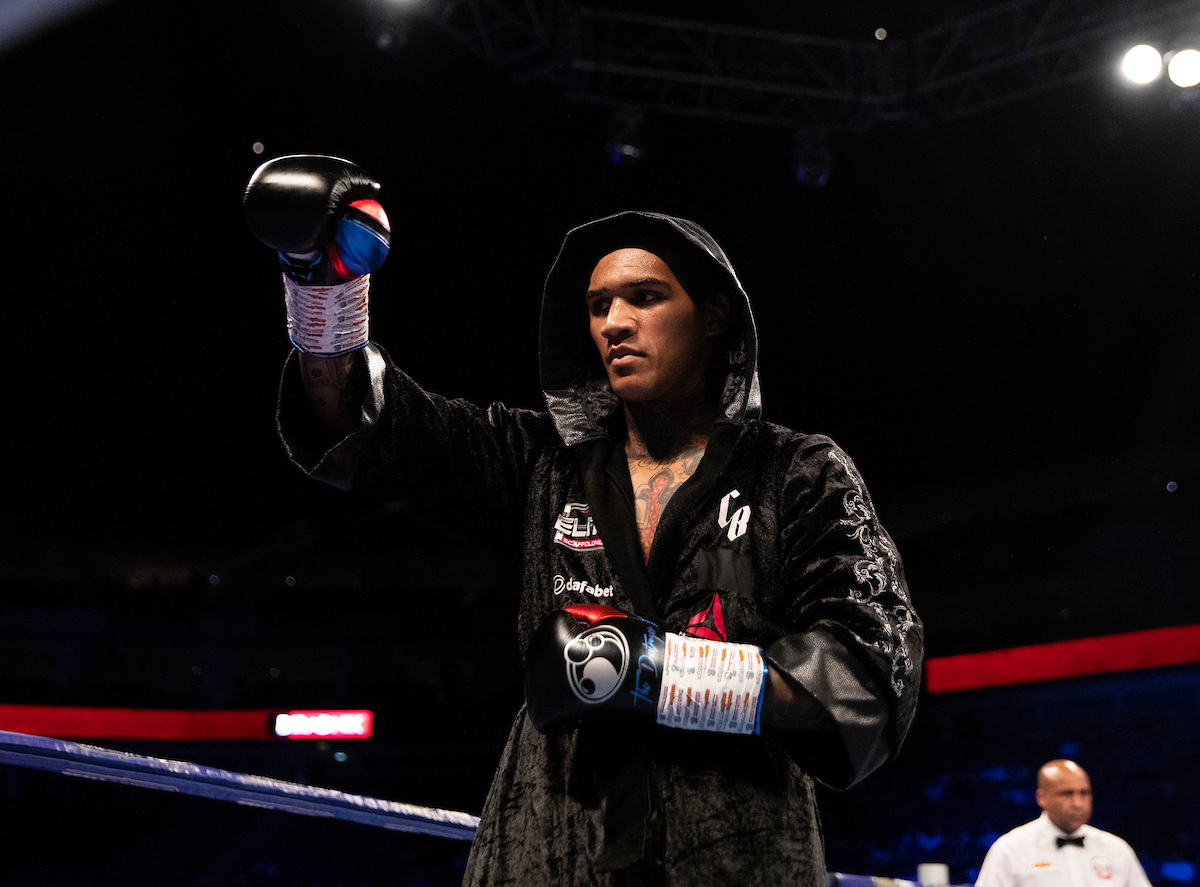 Benn: If The Left Lands Then It’s Goodnight

Conor Benn is out to make a statement against Jussi Koivula in his first ever bill topper on the latest instalment of the JD NXTGEN series at Bethnal Green’s historic York Hall on Friday June 21.

‘The Destroyer’ makes the first defence of his WBA Continental Welterweight title against Finland’s Koivula, live on Sky Sports in the UK and DAZN in the US, in his second fight back since recovering from a hand injury that kept him out of action for over nine months.

Koivula (24-6-1, 9 KOs), the no.1 Welterweight in his country, represents a significant step-up for Ilford’s Benn. He took former Errol Spence Jr. and Amir Khan opponent Samuel Vargas the distance at the back end of 2017 and has only been stopped twice in 31 fights.

Benn, who follows in his father’s footsteps as a headliner at the legendary East London venue, holds no concerns over his opponent’s résumé and believes that he possesses the power to inflict a third knockout loss on the 35-year-old.

“I know that he’s fought for the EBU European Union title twice and lost on points both times,” said Benn. “He lost on a split decision to Samuel Vargas in Canada, Samuel’s ‘hometown’. His level of opposition doesn’t concern me though because he’s lost six fights and he’s been put down twice, one of them was from a left hook, and the guy who put him down had pillow fists – going by his record.

“I’ll swing with the right hand and if I miss with the right I’ll follow through with a left and if the left lands then it’s goodnight. In this game you can’t say ‘yeah I’m going to go in there and take him out’. I’m just excited to put on a good clean and neat performance, also a calculated one.

“Let’s see what he brings on the night. His record isn’t bad. It’s a big step up for me but I’m really not concerned. I don’t think he’ll be able to live with my strength, my speed and my youthfulness. My left hook is my money shot. If you get caught with it 93% of my opponents get put down. 64% don’t get back up.

“I’m going to go in there and do what I’ve got to do. I’ve heard he’s a spoiler, he likes to hold and he can switch but I’m really not concerned, I’ve just got to focus on doing my job and doing it well. There’s definitely no pressure headlining because whatever fight I’m in it’s entertaining. There’s no pressure in that sense but I do want to make a statement in this fight.”