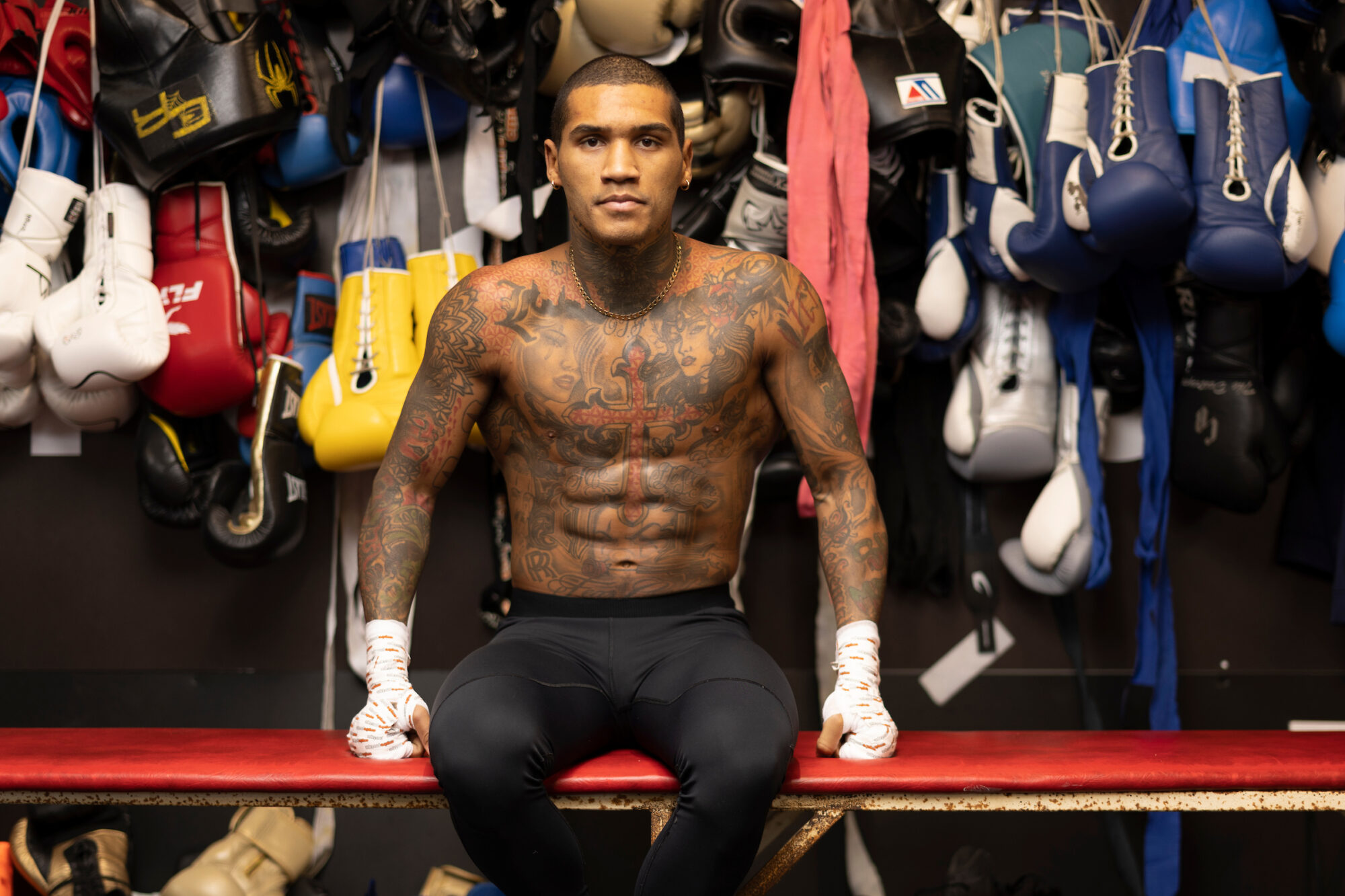 Conor Benn has warned South Africa’s Chris van Heerden that he needs to be prepared for “a whole lot of firepower” when they clash over 12 rounds for the WBA Continental Welterweight Title at the AO Arena in Manchester this Saturday April 16, live worldwide on DAZN (excluding New Zealand and Australia).

‘The Destroyer’ (20-0, 13 KOs) secured a stunning knockout win over former World Champion Chris Algieri last time out in December, taking out the American with a brutal right hand in the fourth round of their top of the bill clash at the M&S Bank Arena in Liverpool.

Reflecting on his showreel knockout Benn said: “It was the most dramatic finish of my career for sure. It was great that I was able to put in that performance. I just went in there with such confidence. Being confident in the ring… you display it in your defence mechanisms, trust in your reflexes, trust in your power.

“Having my dad ringside and seeing the raw emotion from him was probably the most rewarding thing out of the whole eight-week camp. Even during the fight and the feeling after the fight. Watching that video back was, me watching someone so genuinely happy for me. Nothing but happiness for his son. That for me is so warming. It made me so emotional watching it.”

The 25-year-old Essex native is yet to come up against a southpaw boxer in his 20 fights to date and is relishing the challenge of locking horns with former IBO 147lbs Champion van Heerden (28-2-1, 12 KOs) – a seasoned veteran who has only been stopped by Errol Spence Jr in 32 professional fights.

‘The Heat’ hasn’t held back with his pre-fight trash talk, labelling Benn an “emotional, angry fighter” who relies solely on his power. Benn is determined to prove his doubters wrong once again and has promised to earn van Heerden’s respect as he aims to take another step towards a World Title shot in the thriving Welterweight division.

“van Heerden is a good fighter, he’s a tricky fighter, he’s a tough fighter. He’s a come forward southpaw and a former World Champion. He’s been in there with the best. First southpaw opponent – they’re definitely hard work that’s for sure. You have to think a lot more. You have to demonstrate a lot more skill. You can’t just go in there with the same approach as you would with an orthodox fighter.

“He’s wanted this fight for a while. He told me he needed this fight for himself, needed it for closure. We’ve made the fight happen. Hopefully he comes prepared, which I believe he will. He said he doesn’t rate my boxing ability. If you don’t respect me then I’ll make you respect me. Chris van Heerden needs to be ready for a whole lot of firepower. He needs to be ready for someone who fights like he’s got everything to lose.”