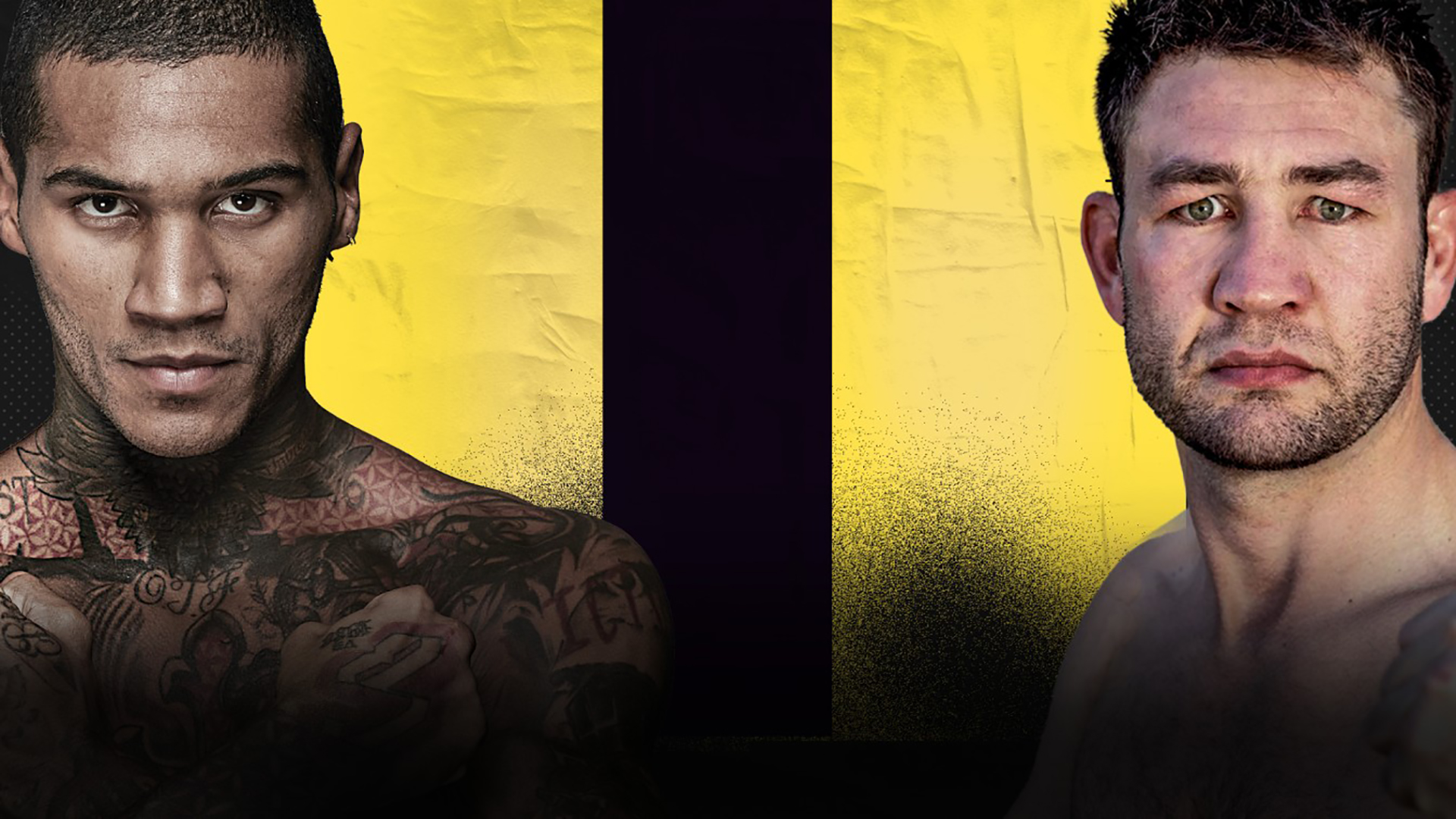 'The Destroyer' takes on 'The Heat'

‘The Destroyer’ (20-0, 13 KOs) secured a stunning knockout win over former World Champion Chris Algieri last time out in December, taking out the American with a brutal right hand in the fourth round of their top of the bill clash at the M&S Bank Arena in Liverpool.

The 25-year-old contender from Essex holds top ten rankings with the WBA, WBO and IBF after notching three wins during a breakout 2021 – and the British star believes that 2022 will be an even bigger year for him as he works towards a World Title shot.

Now residing in Santa Monica, California, USA the 34-year-old southpaw is eager to test himself against one of the fastest rising Welterweights in world boxing and should provide valuable rounds having only been stopped once by Errol Spence in 32 fights.

‘The Gentleman’ withstood a late fightback from McCarthy as he edged out a narrow split points decision to add the British and European Cruiserweight Titles to his Commonwealth Title, before defending his EBU crown with a points win over Dylan Bregeon in Sheffield.

Hard hitting Cruiserweight talent Jordan Thompson (12-0, 10 KOs) has scored two big first round knockouts since putting pen to paper on a promotional deal with Eddie Hearn last June, and the 28-year-old from Manchester will be out to impress his home fans again as he works towards his first Title shot in 2022.

“I’m excited to step into the ring with Chris Van Heerden,” said Benn. “Van Heerden is a tough operator and a southpaw who will be in there giving it his all in every round. For me and my team it’s now about fighting every style that we can face as we continue to head towards World Championship status and Van Heerden brings something different to the table than I’ve not faced before.

“With that being said this is another stepping stone for me on my journey to the top, I haven’t seen anything in Van Heerden’s previous fights that I can’t deal with, and I expect another explosive victory on April 16. If he comes to fight or he wants to box, I can deliver that smoke either way! The AO Arena has to be one of the most exciting venues to fight in. I love Manchester. I get shown a lot of love and support up in Manchester – it’s a fighting city. I bring the entertainment every time I fight and I can’t wait for April 16.”

“Sometimes it takes 10 years for that one year to come around that completely changes your life,” said Van Heerden. “This is my year. I want to thank Conor Benn for taking the fight, knowing that I’m coming to beat him in his backyard. I also want to thank Eddie Hearn and Matchroom Boxing for taking this risk and my manager Peter Kahn for getting this fight done. I am looking forward to putting on a show in Manchester on DAZN.”

“Conor Benn is fast becoming one of the biggest stars in British Boxing and he faces by far the toughest test of his career to date when he takes on Chris Van Heerden in Manchester on April 16,” said Matchroom Sport Chairman Eddie Hearn. “Van Heerden has mixed at the very highest level and faced fearsome Welterweight ‘Boots’ Ennis last time out before the fight was ruled a no contest due to a clash of heads – he always comes to fight, and I expect a gruelling battle for Conor. We are building an action-packed card and already announce the rematch of one of the Fight of the Year contender between Chris Billam-Smith and Tommy McCarthy and local star Zelfa Barrett challenges for the European Title. I expect another blistering statement from Conor Benn live worldwide on DAZN.”

“We are excited to welcome back one of the brightest prospects in boxing, Conor Benn, to the platform when he takes on former IBO welterweight champion Chris van Heerden on April 16,” said Ed Breeze, EVP Rights at DAZN. “This is another huge test for Conor as he continues his quest to capture a World Title in 2022. We pride ourselves in having the best schedule in boxing, and with the announce of this matchup in April and early May you will see Canelo Alvarez, Ryan Garcia, GGG, Taylor vs. Serrano and Conor all fighting live on DAZN.”

FightPass tickets will be available to purchase for Matchroom Boxing FightPass members from midday on Thursday March 10 via StubHub.

General Sale tickets will be available to purchase from midday on Friday March 11 via StubHub and the AO Arena.