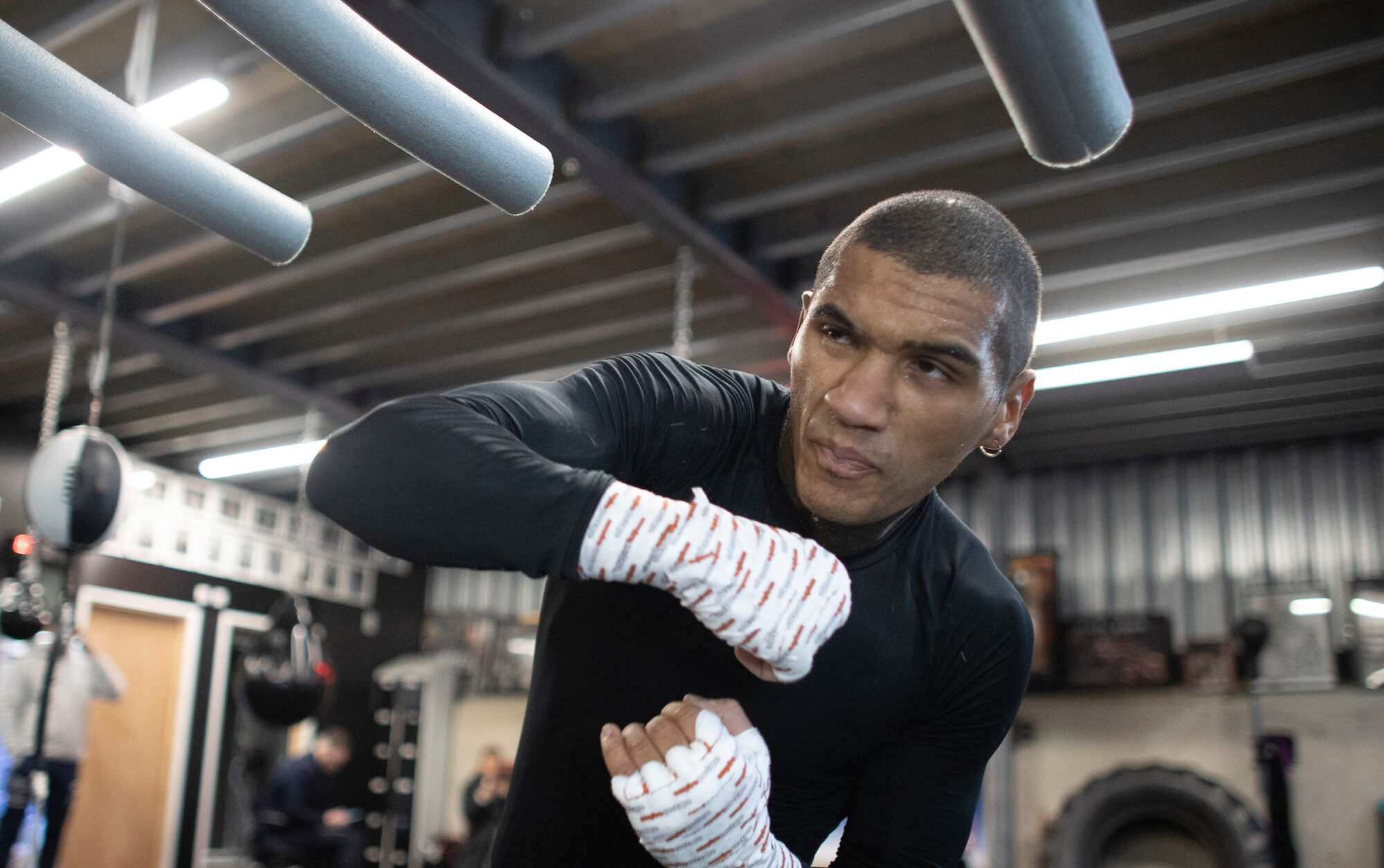 Benn: The minute I smell blood, I’m on him like a rash!

Conor Benn is aiming to end a successful 2021 in style when he defends his WBA Continental Welterweight Title against former World Champion Chris Algieri at the top of the bill at the M&S Bank Arena in Liverpool this Saturday December 11, live worldwide on DAZN.

‘The Destroyer’ (19-0, 12 KOs), who has made incredible improvements under Tony Sims, is one of the hottest talents in world boxing following an impressive run of standout wins that have skyrocketed him into World Title contention in the ultra-competitive 147lbs division.

The 25-year-old Essex native sent out a brutal warning to his Welterweight rivals by wiping out Samuel Vargas inside the opening round at the Copper Box Arena in April, living up to his nickname as he took just 1 minute and 20 seconds to viciously halt the durable Colombian.

Benn was left frustrated by the tactics employed by Adrian Granados after widely outpointing the Mexican-American in their rescheduled clash in Leeds but the rising star is expecting a much tougher assignment against the USA’s former WBO Super-Lightweight ruler Algieri (25-3, 9 KOs) this weekend.

“The Formella and Vargas fights were great experiences for me because they showed me that I’m a fighter,” said Benn. “You hear people say that they fight for the crowd and need a crowd. You don’t need the crowd there. It could be Donald Duck and Mickey Mouse sitting ringside for all I care. I’m not paying attention to who’s there, it’s me and my opponent and I’m going in there to iron him out. That’s my job. That’s my objective; and I’ll get it done.

“Granados gave it all the talk and we thought he was going to come to fight. He didn’t come to fight; he didn’t even come to win. He said that he had to knock Britain’s ‘golden boy’ out to win but he got on his bike. I might as well have been in there with a journeyman because that was the way he was carrying on. He was very negative; he never threw any meaningful shots and he never engaged. I wasn’t able to capitalise on anything. There’s only so much you can do against someone who comes in not to win.

“My preparation for Algieri has been great. Every camp we build and build. We grow and develop. I plan on displaying my boxing brain come December 11. Every camp I have I don’t think I could push my body any more, but I manage to. You’ve got to push your body to the max. Before you know it, you’re reaching new PB’s. That’s standard for every single camp. You always keep learning. I’m a student of the game and school is never out. I’m always working on something.

“I’m ranked in the top 5 with the WBC and the top 10 with the WBA and IBF. That doesn’t satisfy me. I want to be number one. Second to none as my dad would say. I believe there’s a lot left for me to prove, not to anyone else, but to myself. When I first turned pro, everyone thought I was Southern Area level at best, then it was British and best and then European. I’m knocking on the door for a World Title and I believe in 2022 is going to be my year to take on some of these World Champions. I continue to prove myself every single time whoever they put in front of me.

“It’s going to be a Christmas special. It’s a Christmas cracker, that’s what it is. You’ll always get criticised for who you fight. People are saying Algieri is old. He’s 37 and he looks after himself, but I’m preparing for a prime Chris Algieri and I believe he is going to bring absolutely everything. He’s a former World Champion. We’re testing the waters in my career. We need these fights to test the waters and see where I’m at. I believe I’m world level, and I should beat people like Chris Algieri with ease. I’m very confident in my ability and everything we have been working on. I’ve just got to go in there and leave my stamp. The minute I smell a bit of blood, I’m on him like a rash.”