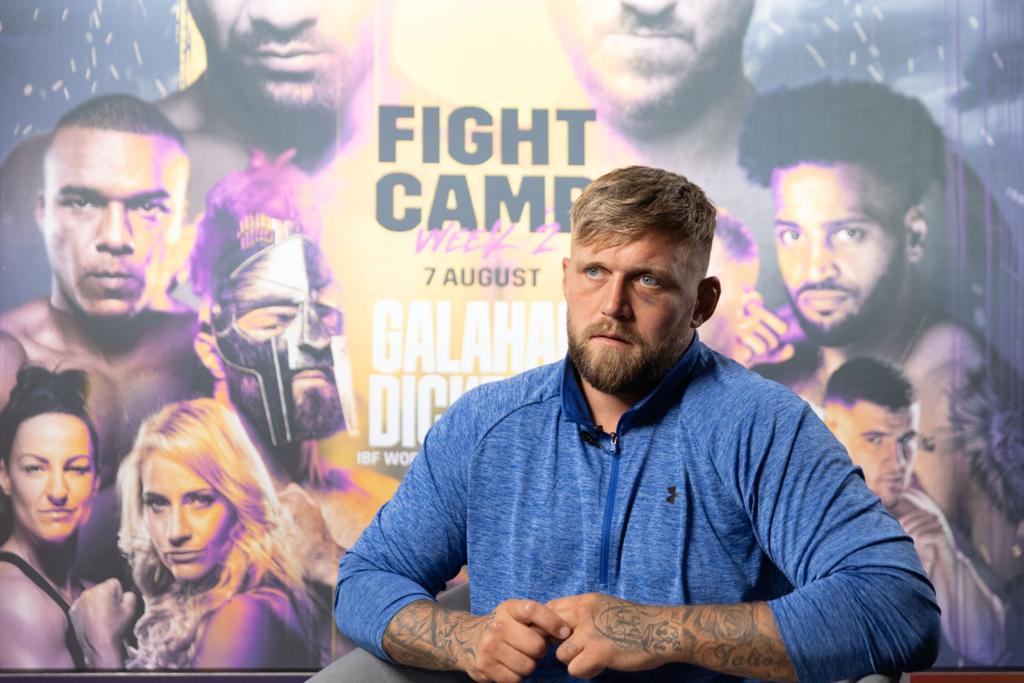 Mark Bennett has refused to be drawn into any trash talk with Alen Babic ahead of their eight round Heavyweight clash on the undercard of Kid Galahad vs. Jazza Dickens this Saturday August 7 at Matchroom Fight Camp 2 in Brentwood, Essex, live worldwide on DAZN.

‘Bad News’ Bennett (7-1, 1 KO) heads into this weekend’s bout with ‘The Savage’ coming off the back of a points loss to Nick Webb in the Ultimate Boxer 6 final back in December 2019 – a fight that the 33-year-old would like to revisit if he makes it past Babic.

Croatia’s Babic has been his usual vocal self in the build up to his latest challenge, questioning Bennett’s record and accusing the former soldier of being scared, but the Yorkshire hard man insists that he will let his fists do the talking when they collide at Matchroom HQ.

“I do think that I’ve got a bit of an advantage over his previous opponents,” said Bennett. “For one, I’ve had seven weeks’ notice. I’ve been at it for the last seven weeks in the gym training hard. I’m bigger as well. I’ll tell you the truth – I’m there to fight. I’m turning up on Saturday night to actually have a fight. I’m not just turning up to take a payday. We’re going to have a good tear up.

"I’m not going to take a backwards step"

“I know he’s had seven fights. He’s doing alright. I don’t think he has given any of his opponents decent notice. I just think he’s been pulling people off the settee. Don’t get me wrong, I think he’s got good stock. When I win it will raise my stock massively. I want to be active. Hopefully I get signed to someone and we can go from there and get some bigger fights on a decent platform. That’s the dream.

“I’ll be honest with you; he can do him, and I’ll do me. If he wants to stand there and shout his mouth off and talk sh*t constantly then let him do it. He’s done that throughout the whole camp if I’m honest. I’ll just let him crack on with how he goes about it and I’ll just keep myself to myself.

“I’m there to have a fight. We’ll have a scrap and then that will be it. I’ve got no hard feelings. I don’t dislike the bloke. Obviously he’s been talking a lot of sh*t about me but that’s just the way he wants to come across. It’s the way he wants to sell himself. That’s not how I do my business but obviously that’s how he does his.

“If you’ve watched any of my fights, I’m probably the same type of fighter as Babic. We’re probably just going to meet in the middle and stand and trade. I’m not going to take a backwards step, and I say that with my hand on my heart. It will be a good fight. In his fights that I’ve seen he has been tagged a few times. I think that he’s got flaws.”