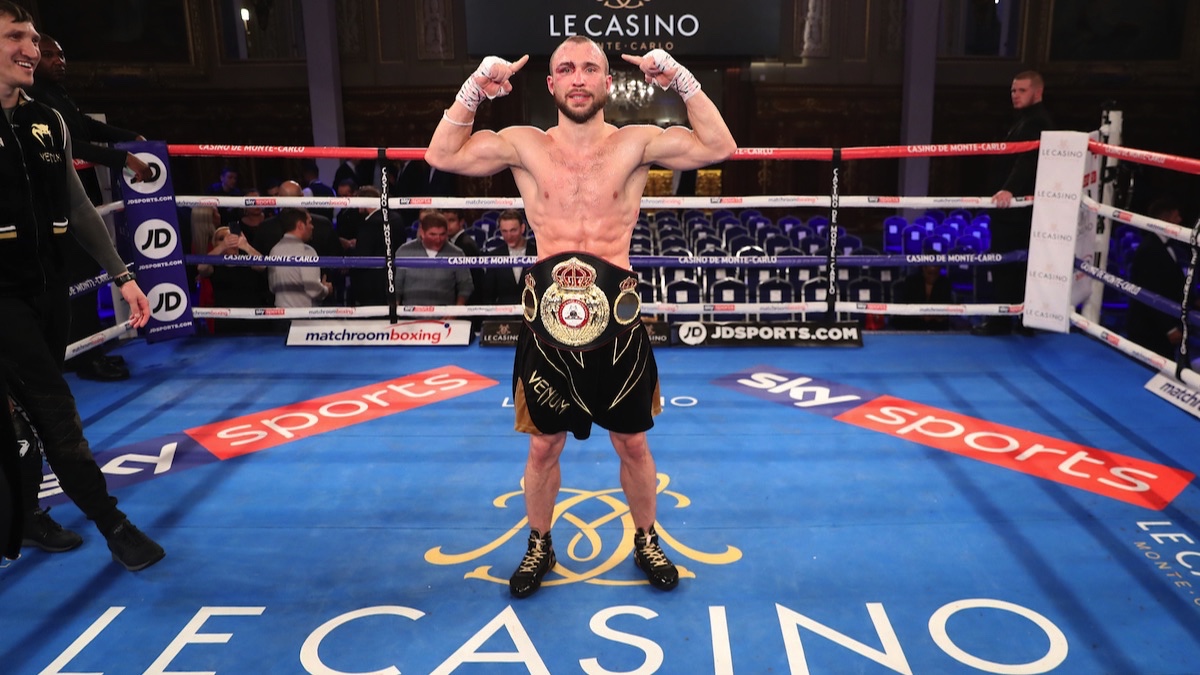 Alexander Besputin took three scores of 116-112 to land the vacant WBA Welterweight World Title against fellow Russian Radzhab Butaev at the Casino de Monte-Carlo earlier this evening, live on Sky Sports in the UK and DAZN in the US.

Besputin had that bit more quality, showcasing brilliant footwork and head movement, as he improved his record to 14-0 after a brilliant and brutal battle for the 147lbs crown.

The Norwegian 38-year-old had been out of the ring for almost a year but returned in style, dominating former two-weight World Champion Victoria Bustos over ten rounds – earning scores of 99-91 and 98-92 twice.
‘First Lady’, economical with her variety of punches, went through the gears and showed her class as she made her 25th straight World Title defence. After a glowing start to life under the Matchroom Boxing banner, Braekhus is now set to meet Taylor in a mouthwatering battle of undisputed champions.

“That was a great performance from Cecilia. The future is Katie Taylor against Cecilia Braekhus,” promoter Eddie Hearn said afterwards. “Another fight for both in the spring and then they will fight in the summer. It’s the biggest fight in boxing.

“These two are on a collision course and in 2020 you’ll definitely see that fight.”

Braekhus agreed with the plans and was pleased with her performance: “It was a good ten rounds to get back in business. I got into my groove in the third round. Now I want to go on holiday and then get back in the gym.”

Undefeated Chinese Heavyweight star Zhilei Zhang got some much-needed rounds under his belt as he returned from a 14 month absence from the ring to beat Ukraine’s Andriy Rudenko over ten rounds to retain his WBO Oriental title.

‘Big Bang’ dominated the contest to remain unbeaten, taking scores of 99-91, 98-92 and 97-93, but did tire late on and failed to capitalise on some clear stoppage opportunities. The 6′ 6″, 278-pound Zhang (21-0, 16 KOs) buzzed Rudenko with a straight left hand with just over a minute to go in the third round, but he couldn’t finish off the durable Ukrainian veteran.

Rising Welsh talent Joe Cordina outpointed Mexico’s Enrique Tinoco to land the vacant WBA Continental Super-Featherweight title in his first fight at the new weight. Two of the ringside judges in Monaco scored the bout 98-92 in Cordina’s favour, with the third judge scoring it 96-94, also in favour of the ‘Welsh Wizard’.

Cordina looked the more comfortable of the fighters from the outset, using his superior hand speed to dominate with his jab in the early rounds.The win extends Cordina’s perfect record to 11 wins from 11 fights, with seven of those wins coming by way of knockout.