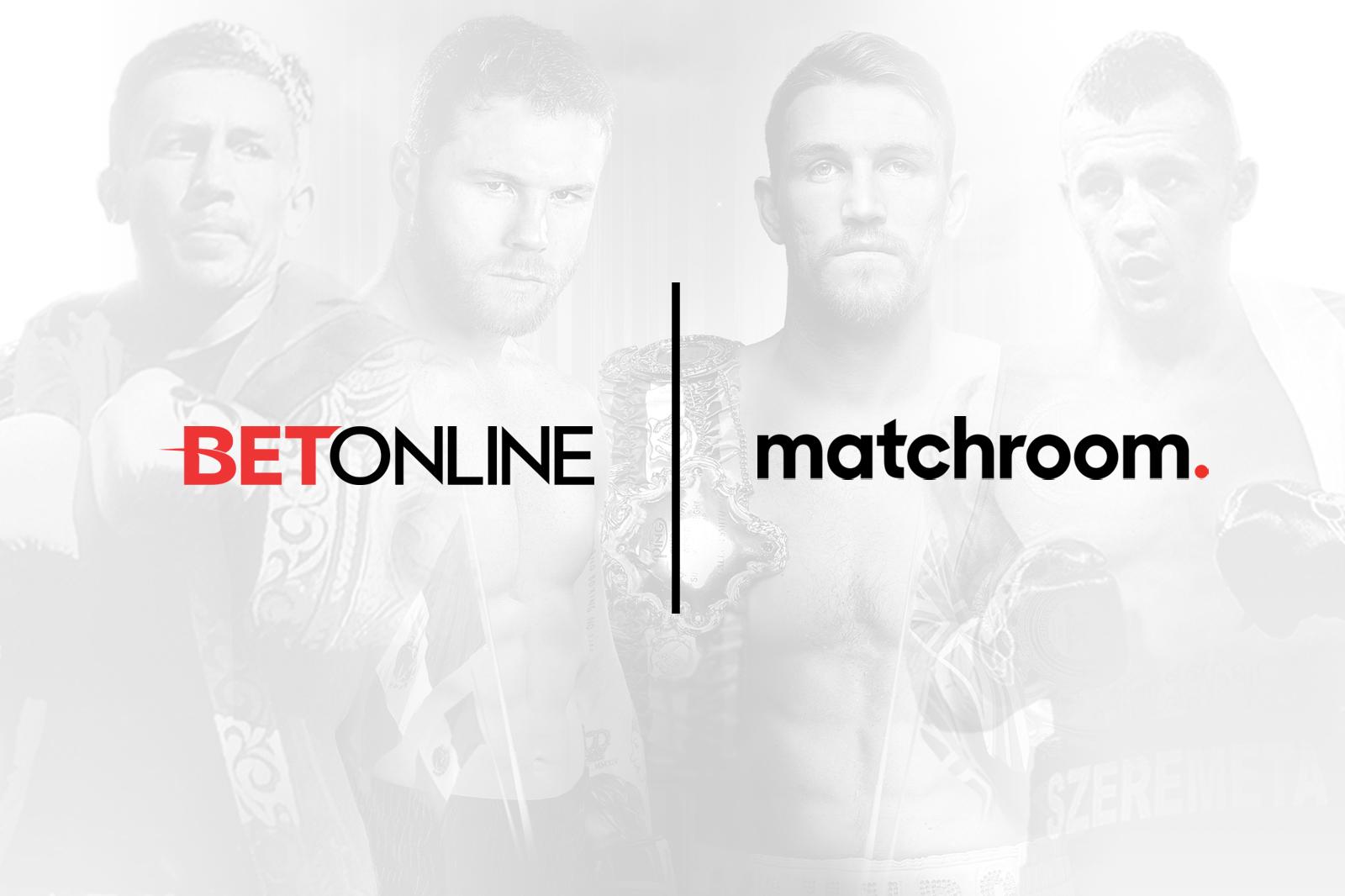 Matchroom are delighted to announce that online Sportsbook giants BetOnline as partners for the huge double-header next weekend where Gennadiy Golovkin makes a record-breaking IBF World Middleweight title defense against Kamil Szeremeta on Friday December 18 and Canelo Alvarez takes on Callum Smith for the WBC, WBA Super and Ring Magazine World Super-Middleweight titles on Saturday December 19, both live on DAZN.

BetOnline is one of America’s most established online gaming entities, with their Sportsbook offering the best odds in all major sports, politics and entertainment, one of the world’s leading Racebooks and a state-of-the-art live casino.

Golovkin (40-1-1 35 KOs) goes for more history as he targets a 21st successful defense of World Middleweight titles, and does so against his mandatory challenger Kamil Szeremeta (21-0 5 KOs). GGG is a -2500 favorite for the bout with BetOnline, while the unbeatem Pole can be backed at +1000.

Canelo (53-1-2 36 KOs) reaches for greatness once again by taking on the number one Super-Middleweight in the world in Smith (27-0 19 KOs). Canelo fans can back their man at -600 for the win, while the champion from Liverpool is available at +460 to keep his WBA Super and Ring Magazine belts and add the WBC crown to his collection.

We are honored to partner with a promotion that shares our relentless efforts to put out the best products on the market.

BetOnline said: “BetOnline has long served as the premier destination for sports bettors around the world, and we are honored to partner with a promotion that shares our relentless efforts to put out the best products on the market. With two of boxing’s biggest names returning to the ring this weekend, we will have the largest directory of match odds, prop betting, and exotic betting offerings around.”

“It’s a huge weekend of action in the States next week – and I am sure there’s going to be plenty of betting interest in both nights,” said promoter Eddie Hearn. “GGG is going to want to make a big statement against Szeremeta on Friday and then Canelo and Smith clash in a fascinating battle in Texas the following night – it’s a must-see weekend for sports fans and BetOnline have all the angles covered.”