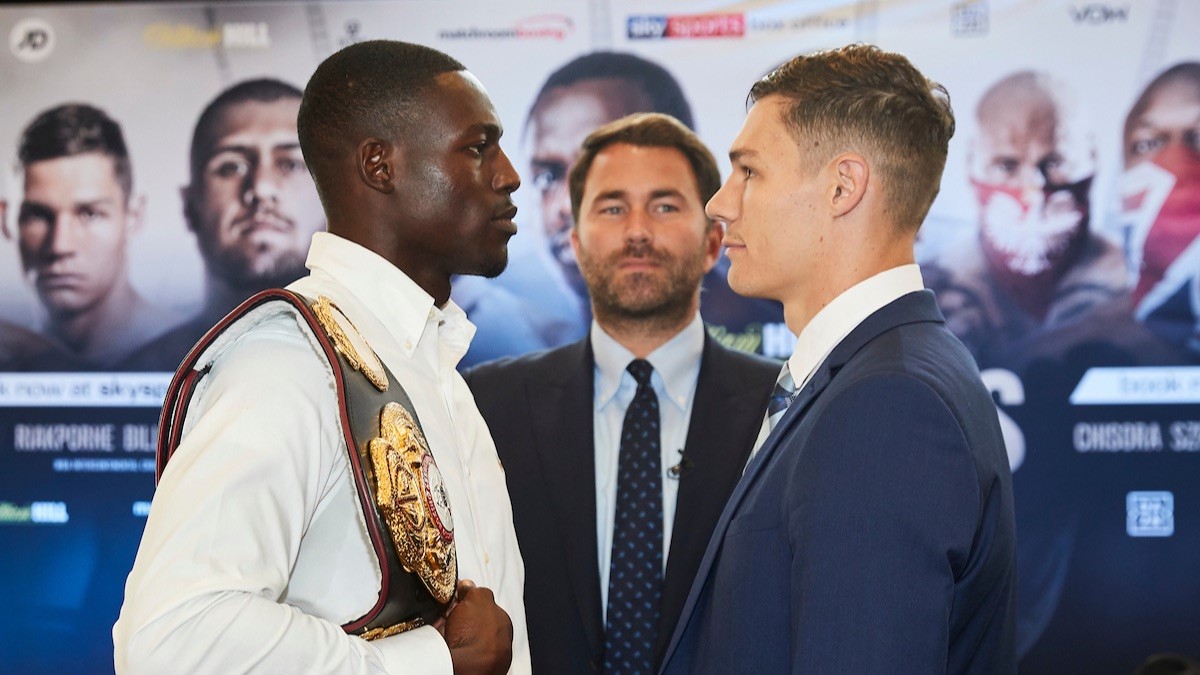 Billam-smith: I’ll Wear Him Down And Stop Him!

In what promises to be an explosive encounter in the Cruiserweight division, Chris Billam-Smith challenges fellow unbeaten prospect Richard Riakporhe for the World Boxing Association Inter-Continental title at The O2 in London this Saturday, live on Sky Sports Box Office in the UK and DAZN in the US.

Billam-Smith, 9-0 with eight knockouts, has recently welcomed a new arrival into the McGuigan camp in Battersea in the form of 6’ 5” British Cruiserweight champion Lawrence Okolie, and the south coast native said he couldn’t have asked for better sparring in preparation for Riakporhe.

“When Shane told me Okolie was joining the gym I thought it was a good thing,” said Billam-Smith. “We’d spoke about how good Lawrence would be as preparation for Riakporhe before he joined and now he’s here it has been excellent.

“Okolie is so tall and long like Riakporhe, I couldn’t ask for better sparring. After our spars Okolie has given me some tips on how to get past the jab and avoid the big right hand so, yeah it’s been really good work and has given me lots to think about going into the fight.”

‘The Gentleman’, last seen retiring Yassine Habachi in Nottingham, insists he has spotted vulnerability in Riakporhe and plans to boost his ranking and reputation by taking out the hard-hitting Londoner in style on his PPV debut.

“Being a domestic opponent the excitement around the fight has really brought me on in camp. On paper people are saying that Richard is my toughest opponent but no disrespect towards him having sparred Lawrence Okolie a lot in this camp I’m more than ready for this test.

“Richard is coming off two good wins over Sam Hyde and Tommy McCarthy so his confidence will be sky high. I’m expecting the best Richard Riakporhe in this fight, this is my first big test and one that people really want to see. Someone’s ‘0’ has got to go. I believe it will be a physical fight but eventually I will wear him down and get the stoppage.”