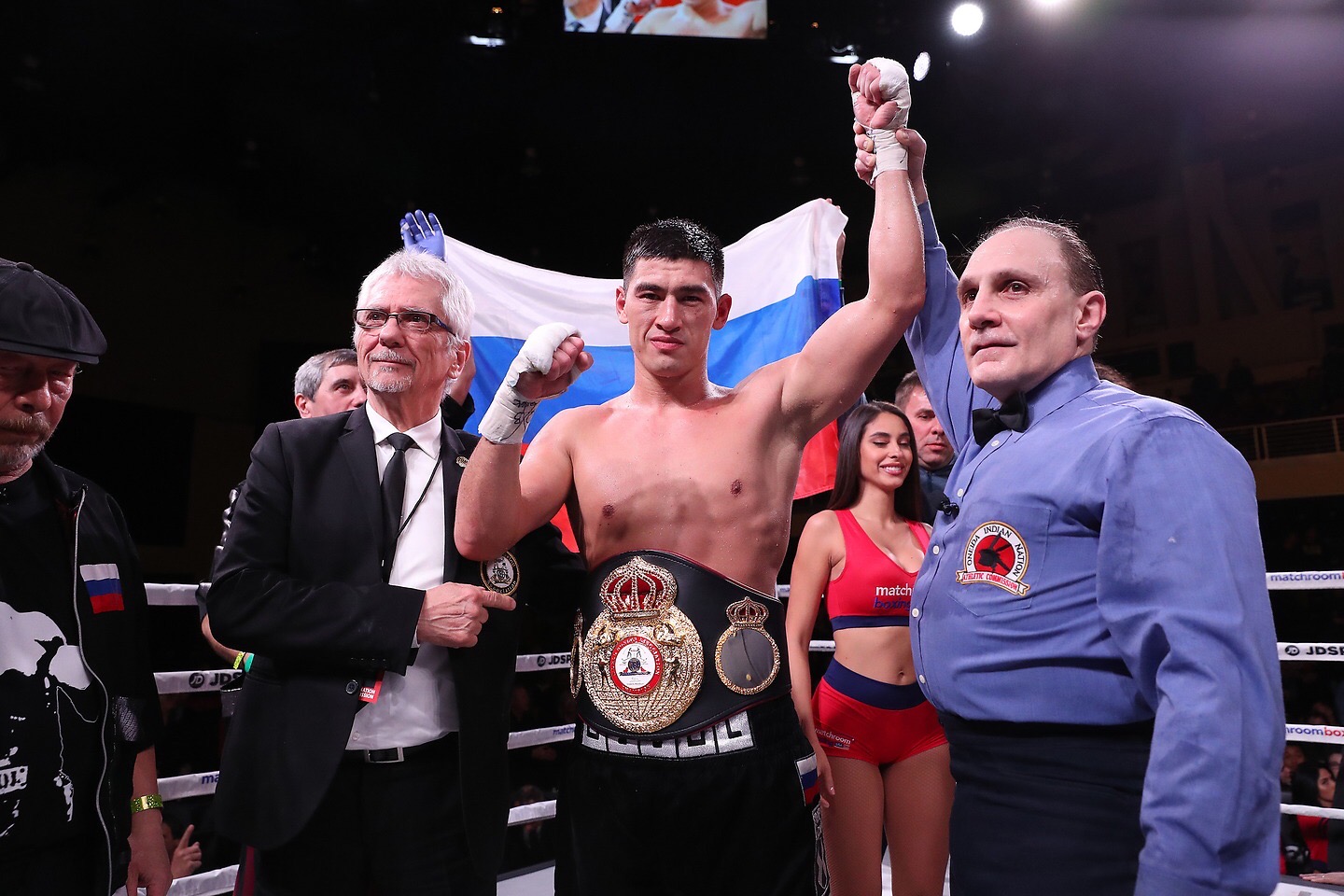 Dmitry Bivol says that he is willing to drop down to Super-Middleweight to face World champion Callum Smith and become a two-weight World champion as he plots his future in the latest episode of Matchroom Boxing’s Podcast ‘The Lockdown Tapes’.

Bivol (17-0 11 KOs) has held the WBA Light-Heavyweight crown for over two and a half years with six successful defenses over that time, and the Russian ace has been chasing a major showdown with the likes of fellow countryman and champion Artur Beterbiev.

The 29 year old’s appetite for a crunch clash has also caused his eyes to look to the 168lbs division too, where an old amateur foe Callum Smith holds the WBA and Ring Magazine belts, and one of boxing’s elite draws, Canelo Alvarez, has also operated recently.

Bivol’s preference is to remain at 175lbs and unify the division first, but he’s put the Super-Middleweight division on red alert by asserting that he could make the weight with ease.

“I watch a lot of fights in my division,” said Bivol. “I know that Beterbiev is one of the more dangerous fighters because he is really strong. If I were to fight Beterbiev I would like it to be in the USA because more people can see this fight than if I fight in Russia.

“Canelo at Super-Middleweight is a big fight but everyone wants to fight him. He is just a man, he is just a boxer. You can earn money with him and it is a good opportunity to show your boxing skills to the whole world because of his massive fan base.

“I would prefer the fight at 175lbs as it’s my weight but I could move down to 168lbs, that’s not a big problem for me. I had breakfast before my last fight on weigh-in day and think I have the reserves to come down.

“I boxed Callum Smith in Hungary as an amateur and to be honest I don’t remember this fight at all! At the time, he was just a tall guy, with good skills from Great Britain and I had to beat him. I think in the pro’s if we were to fight now it would be great for the British and Russian fans. It is a good fight for boxing because he is a champion at 168lbs and I am a champion at 175lbs. I want to fight the best in the world and he is now one of the best.”