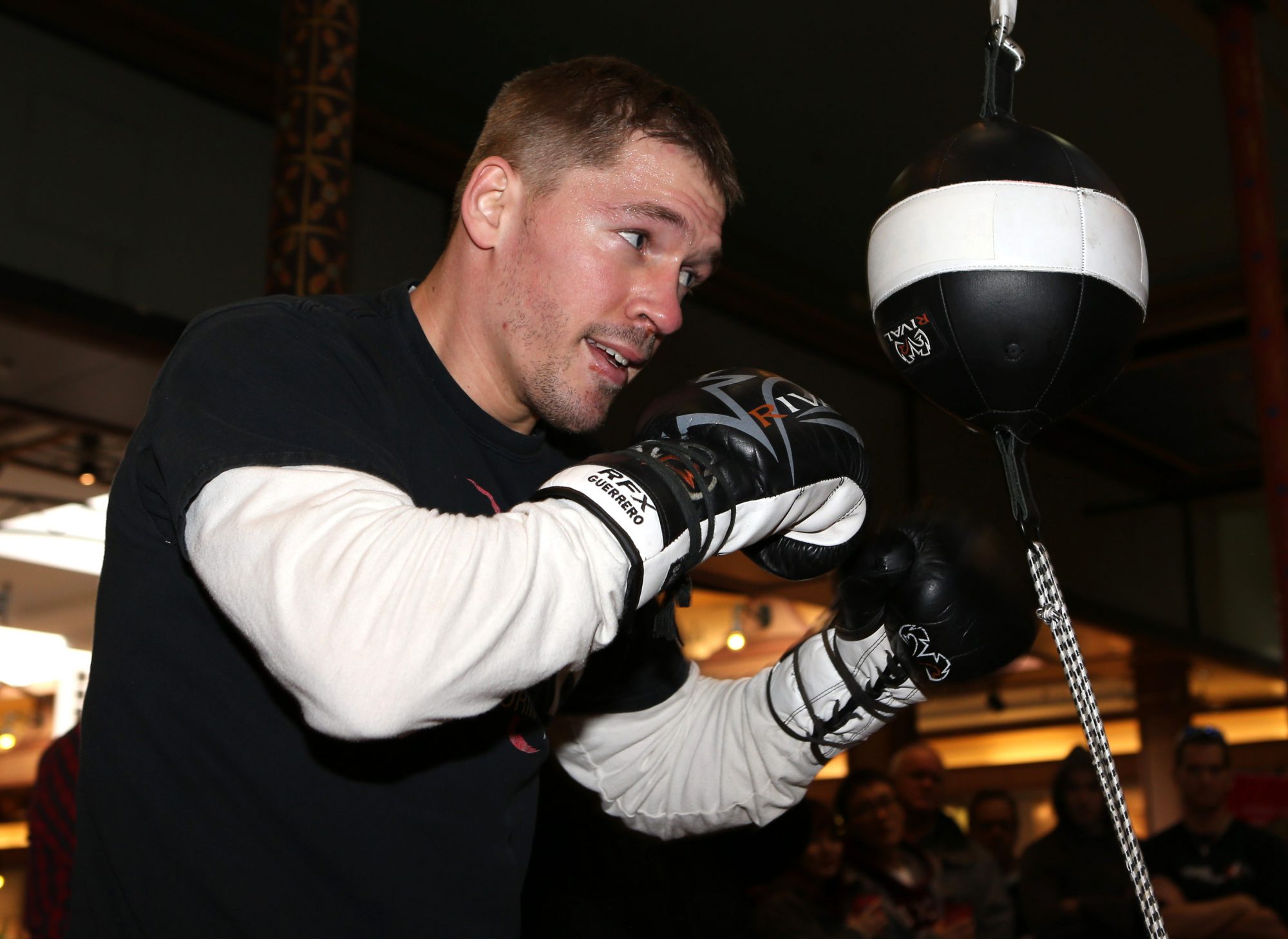 Bizier: I’m Going To Apply The Pressure And Give Fans Value For Money

Kevin Bizier says he will pile the pressure on Kell Brook when he challenges for the IBF World Welterweight title at the Sheffield Arena on March 26, live on Sky Sports.

Bizier is the second mandatory challenger that Brook has defended his title against, and like the first, Jo Jo Dan, 31 year old Bizier also hails from Canada.

Brook dismissed the test of Dan inside four rounds at his Sheffield fortress last March and one year on, Bizier says he will leave everything in the ring as he aims to rip the title from the champion.

“I’m going to give 100 per cent on March 26,” said Bizier. “I will give everything in the ring for this fight. I don’t want to regret anything, I don’t want to leave that ring knowing I didn’t give it all when fighting for a World title.

“To win rounds and spoil Brook’s party, I’ll have to apply constant pressure to him and get in his face. I’ve worked a lot on my inside work as I cannot stay at the end of his jab.

“Brook is a big hitter who manages distance well, I’ll have to get into the pocket. Boxing inside will give me a better chance to win.

“I know the fans are going to scream for him, but I will block that out. If Brook gets carried away by the emotion of the crowd, it could play into my hands – I intend to give value for money.”

Bizier’s clash with Brook is part of a huge night of action in Sheffield as Luke Campbell MBE returns to the ring, facing fellow Yorkshireman Gary Sykes for the vacant Commonwealth Lightweight title.