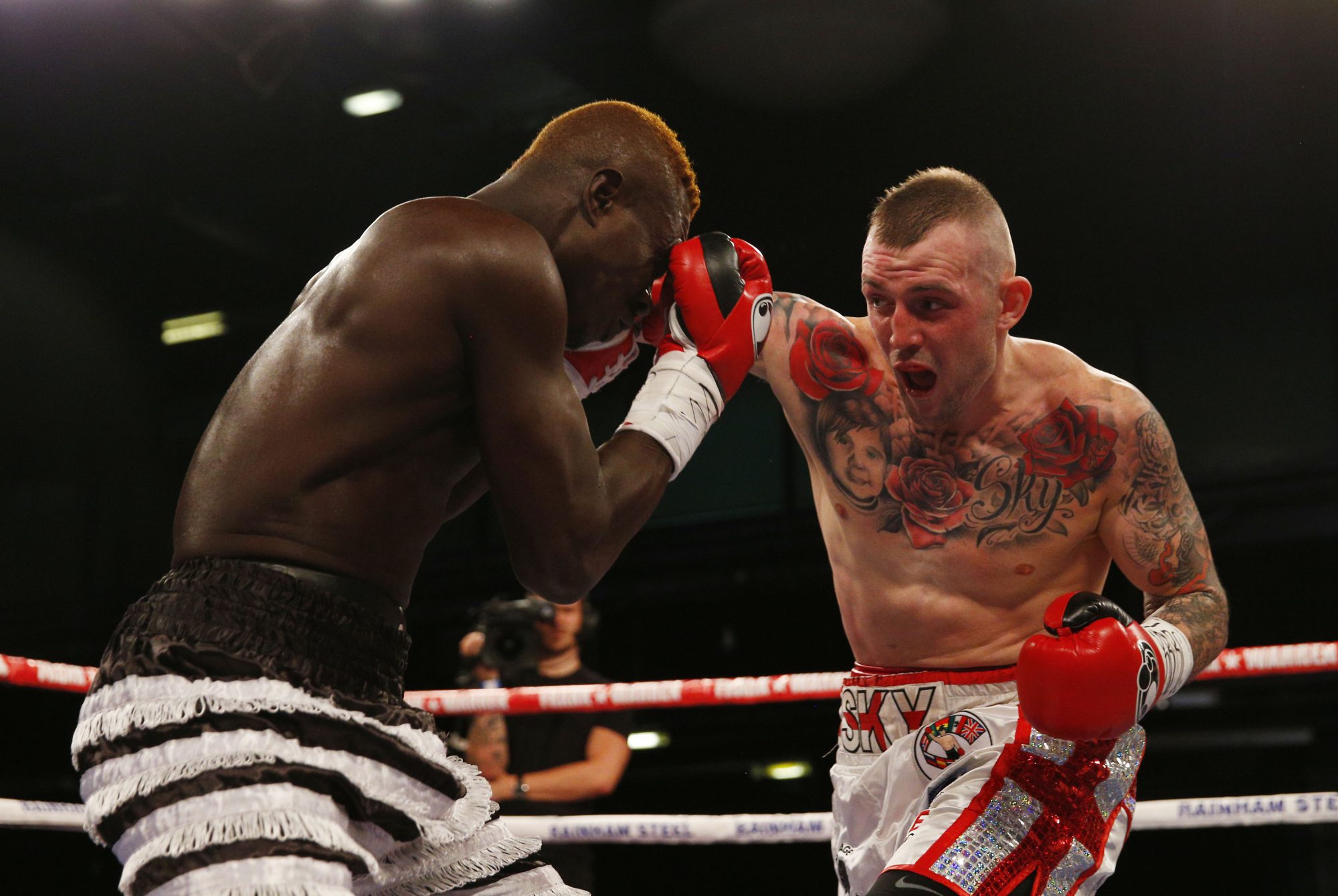 Luke Blackledge has told Callum Smith that his World title dreams will be destroyed on Saturday as he plans to rip the British Super-Middleweight title from him at the Manchester Arena live on Sky Sports Box Office.

Smith defends his crown for the first time after destroying local rival Rocky Fielding inside a round last November, and then claimed the mandatory spot in the WBC in April with another Merseyside demolition job in the opening session against Hadillah Mohoumadi.

The unbeaten Liverpool star is set to face the winner of the unification battle between WBC champion Badou Jack and IBF king James DeGale MBE in New York in January, but Blackledge is full of confidence coming into the fight on an eight-fight winning streak, and says ‘Mundo’s’ World title hopes will go up in smoke this weekend.

“I was not willing to miss out on this opportunity, nothing was going to stop me,” said Blackledge. “Callum is supposed to be fighting the winner of Badou Jack vs. James DeGale for the IBF and WBC World titles – he has to get past me first but he won’t. I’m going to take his British title and take his world title shot.

“I do see weaknesses in Callum which I don’t want to go in to, but he is a class fighter you can’t deny that. He has had some hot performances against Rocky Fielding and Hadillah Mohoumadi don’t get me wrong – but I’m not going to avoid him because he is Callum Smith the next future superstar and he’s unbeaten.

“I’m a fighter, I want his belts and his position. He’s one of the best fighter’s in the world, number four in the world at Super-Middleweight and number one in the WBC. I’m buzzing and I have absolutely everything to gain, he has everything to lose so I am dangerous to him. This is exactly what I’m in boxing for to push and test myself against the very best and Callum is that.”

Blackledge and Smith clash as part of a huge night of action in Manchester as Anthony Joshua MBE defends his IBF World Heavyweight title against Eric Molina.