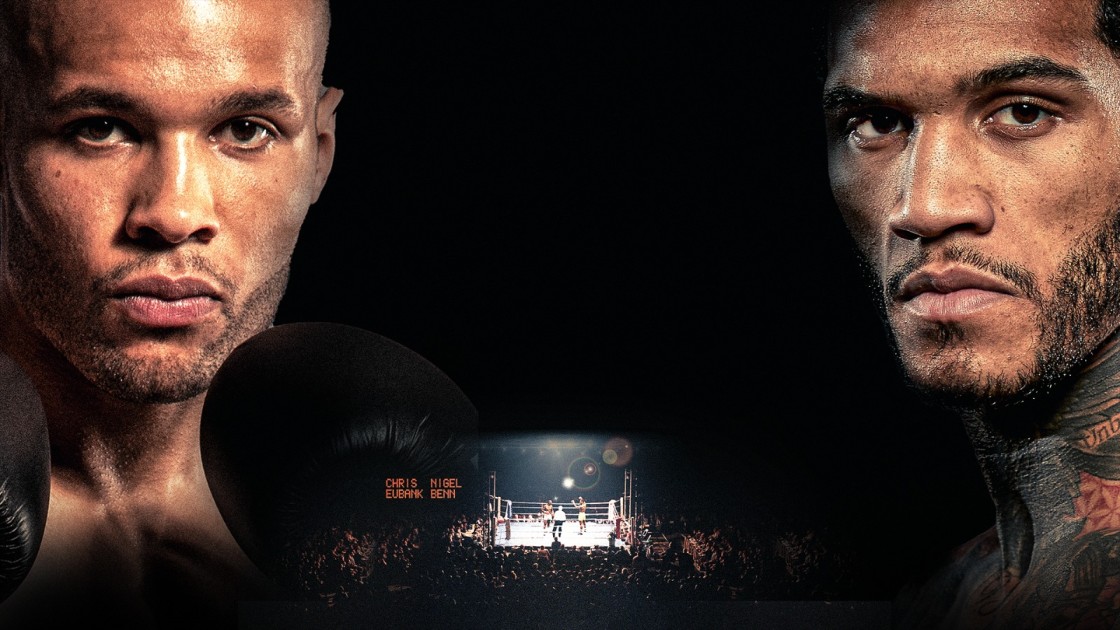 Chris Eubank Jr and Conor Benn will collide in a colossal catchweight clash at The O2 in London on Saturday October 8, shown exclusively live on DAZN around the world and on DAZN PPV in the UK and Ireland, 30 years on from their iconic father’s second showdown at Old Trafford.

An unmissable event for fight fans around the world, Eubank Jr vs. Benn promises to be one of the most electrifying British boxing contests in decades as the sons of two of the sport’s most famous names battle it out in an incredible second-generation showdown.

Eubank Snr and Benn Snr captured the nation’s imagination with their bitter rivalry during a boom era for British boxing in the early nineties. The pair laid it all on the line in front of millions on terrestrial TV, sharing two legendary battles in 1990 and 1993. Eubank Snr stopped his foe in the ninth round of their first bruising battle at the National Exhibition Centre in Birmingham.

It took three years for the rematch to happen which took place at a sold-out Old Trafford in Manchester. The clash for the WBC and WBO Super-Middleweight Titles ended in a draw and the pair never fought each other again. But their sons will reignite the family feud in one of the biggest fights the UK has ever seen.

Eubank Jr (32-2, 23 KOs) heads into his blockbuster bout with Benn coming off the back of an impressive shutout points win over Liam Williams at the Motorpoint Arena Cardiff in which he showed his class by knocking down the Welshman four times.

Having previously campaigned at Super-Middleweight, the 32-year-old is a former two-time IBO Super-Middleweight Champion. He captured the IBO crown with a 10th round stoppage win over Renold Quinlan in 2017, before defending the belt against German legend Arthur Abraham and Avni Yildirim.

Following a huge clash with George Groves for the WBA 168lbs World Title in February 2018 in which he was defeated on points, Eubank Jr reclaimed the IBO Title in 2019 with a spectacular performance against rival James DeGale at The O2 in London.

Returning to the Middleweight division, Eubank Jr claimed the WBA Interim Middleweight World Title for the second time with a TKO win over former World Title challenger Matvey Korobov in December 2019, while making his US debut at the Barclays Center in New York.

Benn (21-0, 14 KOs) has exploded onto the world Welterweight scene with a series of eye-catching wins that have propelled the big-hitting 25-year-old Essex native into the top five rankings with all of the recognised governing bodies.

He sent out a vicious warning to his 147lbs rivals by wiping out Samuel Vargas inside the opening round at the Copper Box Arena in April 2020, living up to his nickname as he took just 1 minute and 20 seconds to viciously halt the durable Colombian.

‘The Destroyer’ secured a stunning knockout win over former World Champion Chris Algieiri in December 2021, taking out the American with a brutal right hand in the fourth round of their top of the bill clash at the M&S Bank Arena in Liverpool.

Another devastating early finish followed at Manchester’s AO Arena in April as Benn demolished South Africa’s Chris van Heerden inside two rounds to send an emphatic message to the top names in the ultra-competitive 147lbs division.

Now one of the hottest properties in world boxing, Benn dares to be great by leaping up in weight to challenge himself against former Super-Middleweight World Title challenger Eubank Jr in a fight that will bring the UK to a standstill.

“I grew up watching their legendary battles and always wanting to emulate that, and find my own arch nemesis… could this now be Conor Benn? We will find out,” said Eubank Jr.

“He has walked the same path as I have. I know his struggle. Living in the shadow of a legend and trying to break out of that shadow and make his own name. If he can beat me, his name will be made, and he will never walk in his father’s shadow again.

“It’s a fight that’s going to spark the imagination of the British public, that’s what I’m happy about. In terms of anticipation, legacy and hype it’s the biggest fight of my career.”

“This fight is for the legacy and was an opportunity I felt I couldn’t pass up,” said Benn. “My team and I had other options on the table as I’m currently ranked top 5 with all governing bodies at Welterweight and no doubt I’m looking for a World Championship fight very soon, but this fight is embedded with so much history and I know it’s one the public really want to see. To me this fight is personal – it’s more than titles and rankings, this is unfinished business between our families!

“Born Rivals is the perfect calling for this fight, because we have always been associated and I’ve always been asked if we’d ever fight, and now I can’t wait for the world to be able to watch us make that happen.

“All I know is that from my side, this will be an all-out war, last man standing kind of fight. Neither will give up until the last bell rings. I won’t be looking to take this to the score cards though, this will be explosive from the off. I’m so up for this.”

“I can’t quite believe this is happening but let me tell you, it’s happening!” said Eddie Hearn, Matchroom Sport Chairman. “Weeks of negotiations have led to one of the biggest moments in British boxing – these two Born Rivals will do battle in an epic match up that has absolutely everything. Ever since they both turned professional, people talked about this moment and now is the time to see the historic rivalry continue. I want to thank DAZN for all their support in making this mega fight – roll on October 8!”

“Throughout 20 years of promoting boxing on the highest level, from unification fights to Heavyweight World Championship bouts all over the world, this is without doubt the most iconic fight we’ve had the pleasure of promoting, said Kalle Sauerland, Wasserman’s Head of Global Boxing. “I fell in love with boxing as a teenager growing up in London, watching the original Eubank vs. Benn saga, and it gives me a huge sense of pride to now be promoting Eubank vs. Benn decades later.

“This fight is guaranteed to be astronomical in its own right. Their surnames create a grudge match, but their skillsets make an elite-level contest between two stars moulding their own legacies. This is boxing’s own ‘Back to the Future’, and there’s not a single sports fan who doesn’t want to see this blockbuster.”

“We are thrilled to be broadcasting this mega fight in October to boxing fans around the world,” said Joseph Markowski, EVP, DAZN. “Benn and Eubank are two of the most storied names in British boxing, and in Conor and Chris you have two of the most exciting fighters around. This fight is not to be missed and we look forward to showcasing this blockbuster evening worldwide on DAZN.”

Ticket details will be released in due course. Sign up here for ticket alerts.