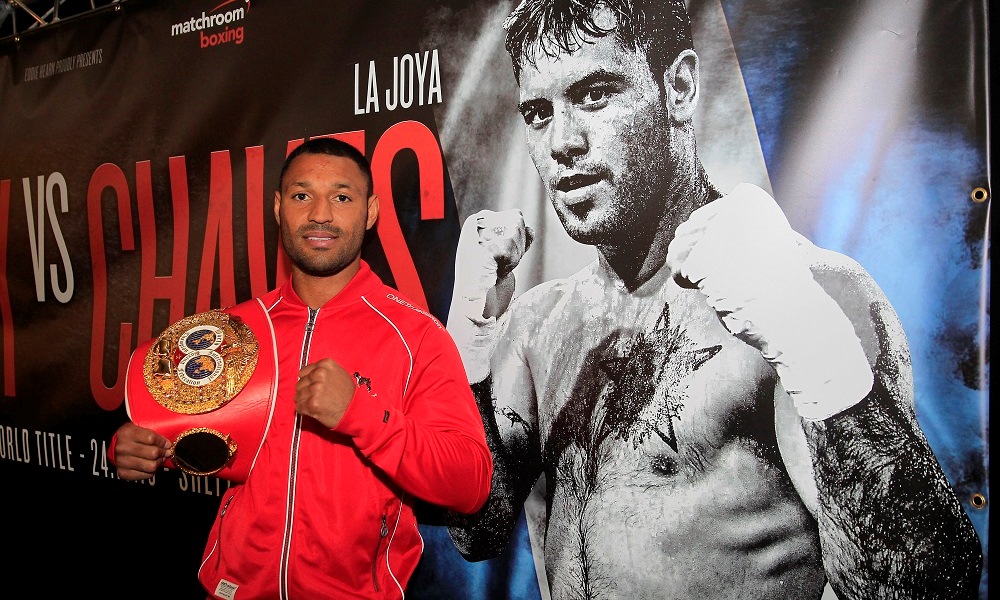 WBO king Timothy Bradley has warned Kell Brook he does not know how tough a fight he is in when he defends his IBF World Welterweight title against Diego Chaves at the Sheffield Arena on October 24, live on Sky Sports Box Office.

Brook recently moved into Ring magazine’s top ten pound-for-pound rankings and makes the third defence of his crown at his hometown fortress after ‘The Special One’ forced mandatory challenger Jo Jo Dan to retire after four rounds of his first defence there in March and then faced Frankie Gavin in his second defence in London in May, ending the Birmingham man’s challenge in the sixth round at The O2.

Chaves enters the clash on the back of a split draw with Bradley having also taken on Brandon Rios and Keith Thurman in his last four fights and Bradley believes the Argentine could rip the IBF title from the Sheffield man’s grasp next month.

“It’s a tough fight for Kell Brook, he doesn’t realise that,” said Bradley. “Diego Chaves is underrated. He has had a few opportunities and came up short but the guy can box and he can fight on the inside, he has good power in both hands and Chaves can mix it up.

“I think it’s a tough fight for Brook but if he can get him out of there then Brook is something special, I can tell you that much.

The Steel City bill is part of a huge night of boxing on Sky Sports Box Office as Tyson Fury heads to Germany to challenge World Heavyweight king Wladimir Klitschko in Dusseldorf.