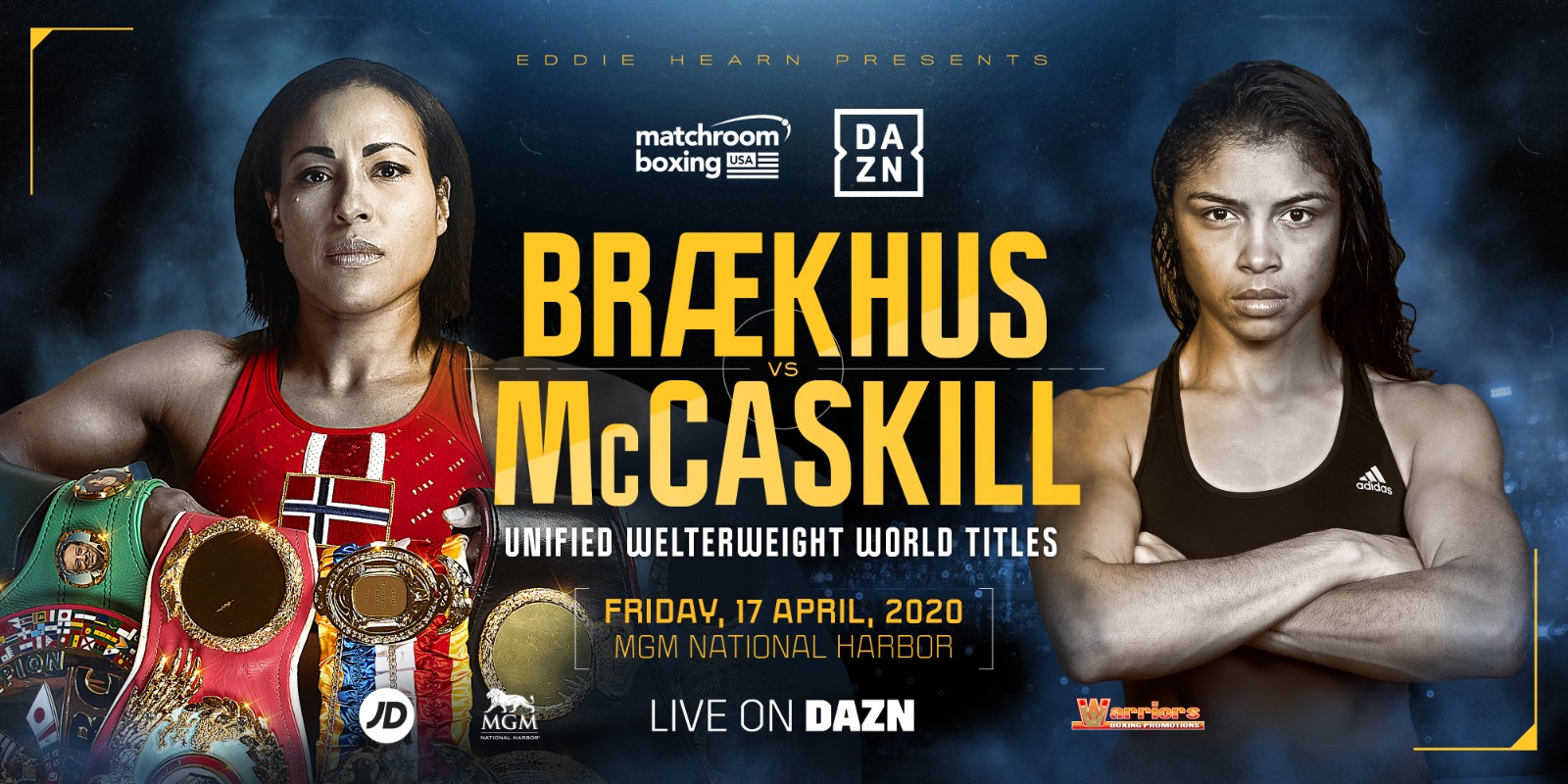 Braekhus And Mccaskill Clash In Maryland

Braekhus (36-0 9 KOs) will put her 147lbs belts on the line for the tenth time having claimed all the straps in September 2014, and victory for the ‘First Lady’ will see the Norwegian sensation break Joe Louis record of 25 consecutive World title defenses, with the 38 year old’s record stretching back to her first World title fight in her 11th pro outing in March 2009.

McCaskill (8-2 3 KOs) will be desperate to snap that streak in Maryland though, and the Chicago star has undoubtably been one of the great success stories in the last year of women’s boxing. ‘CasKILLA’ bounced back from a close loss to then-WBA World champion Katie Taylor in London in December 2017 to win the WBC Super-Lightweight crown in October 2018 on her home turf and then unified the division in Maryland in May 2019.

Pound-for-pound star Braekhus will be out to make history on the night but McCaskill can become a two-weight World champion and continue her phenomenal run of form in this standout fight on the undercard of the clash of former World Super-Lightweight champions Regis Prograis and Maurice Hooker.

“I’m very excited to battle Jessica McCaskill on April 17,” said Braekhus. “She is a unified World champion and a formidable opponent for me. However, following my victory in November I only took a short time off from training and will be well prepared for this very tough challenge.

“Thanks very much to my team for their efforts in bringing me this opportunity and to my fans all over the world, I can’t wait to put on a great show for you in Maryland.”

“This is a fight I wanted,” said McCaskill. “I want to fight the biggest names and the best fighters. Nothing less. My name is up there with the best in female history and I want to continue on that path. Every time I fight its exciting and not only for female boxing but for boxing – period.”

“This is a fantastic fight on what is going to be another brilliant night of boxing on DAZN,” said promoter Eddie Hearn. “Cecilia is undoubtably one of the greatest female fighters of all time and still the ‘First Lady’ has huge ambitions to achieve even more greatness in the sport.

“But what a breakthrough star Jessica has become since landing her World title in Chicago – it’s been a fairytale rise and she wants to go onto achieve greatness like her foe in Maryland. Jessica always brings it on the night and victory over Cecilia would top everything she has done so far, and that’s saying something.

“We have so much more great action to add to this card and I cannot wait for a huge night on April 17 in Maryland.”

Further undercard action will be added in the coming days and an announcement on ticket on-sale dates will be made early next week.