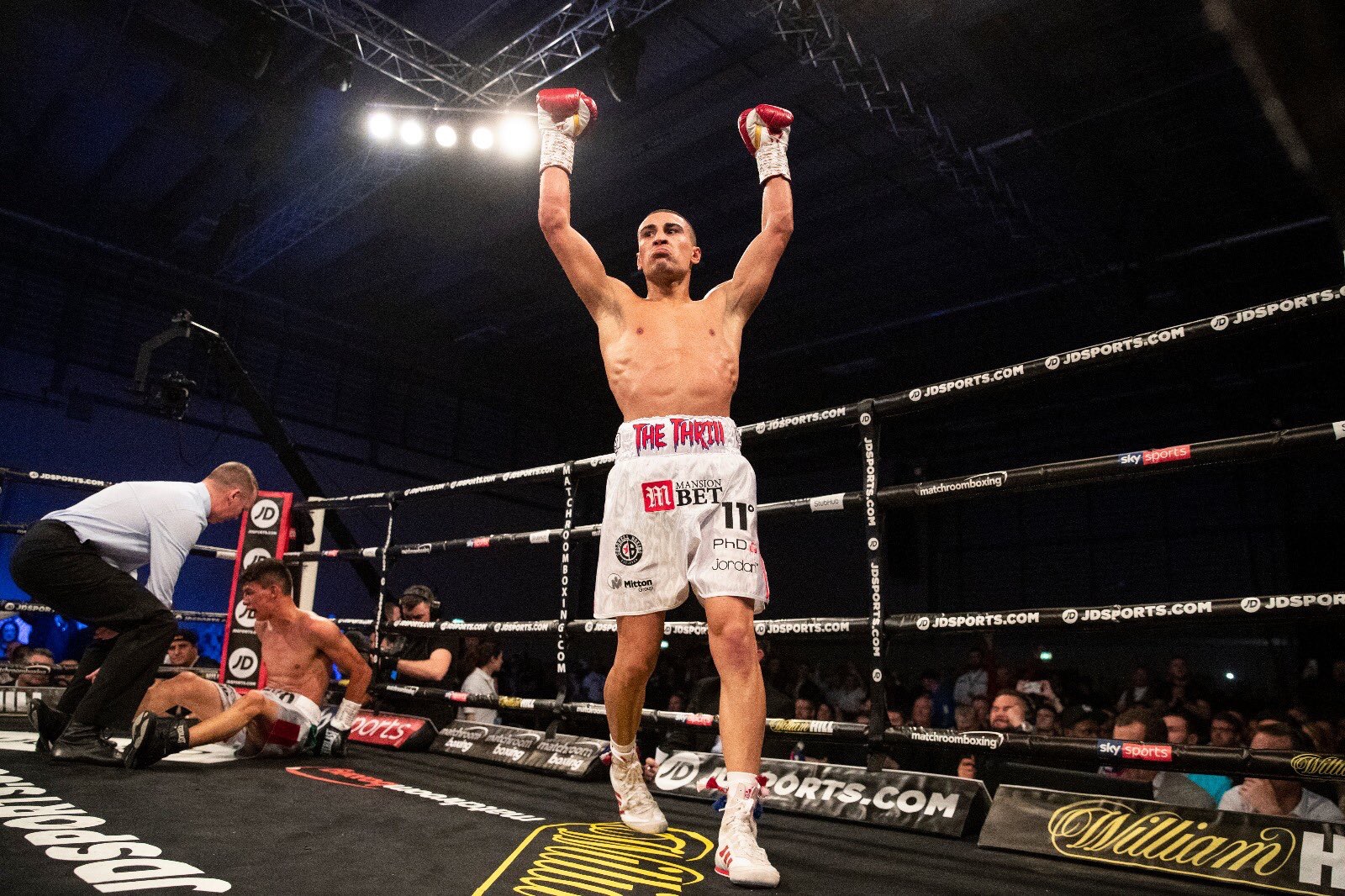 Jordan Gill produced another stunning display to win the WBA International Featherweight title against Emmanuel Dominguez at the East of England Arena.

‘The Thrill’ made short work of his Mexican opponent, dropping and stopping him in the third round in front of an electric crowd in Peterborough.

The 24-year-old looked unstoppable from the opening bell, switching his well-time hooks from head to body, and then slipping out of range with his classy footwork.

Victory earned a WBA top 15 spot for Gill, who voiced his desire for another step-up in class, targeting a fight with former World Champion Kiko Martinez for the European belt.

“I really enjoyed it,” said Gill. “I know that if I hit someone with these gloves I’ll put them away. I turned pro at 18 and I’m 24 now so I’m coming into my prime.

“I’m looking to build, I want to be busy this year, at least two more fights. I want Kiko Martinez for the European title.”

Dillian Whyte’s Cruiserweight charge Richard Riakporhe made a successful first defence oh his WBA Inter-Continental title, stopping Belfast’s Tommy McCarthy with a barrage of huge shots in the fourth round.

Anthony Sims Jr remained unbeaten as he stopped Argentina’s Mateo Damian Veron in six rounds in his second appearance in the UK.

Rising Super-Middleweight talent John Docherty made it four knockouts in a row as he took out Yailton Neves in two rounds, Qais Ashfaq moved to 5-0 with a hard-fought 60-54 points win over the experienced Fadhili Majiha and popular Cambridgeshire man Joe Steed outpointed Miguel Aguilar over four rounds.