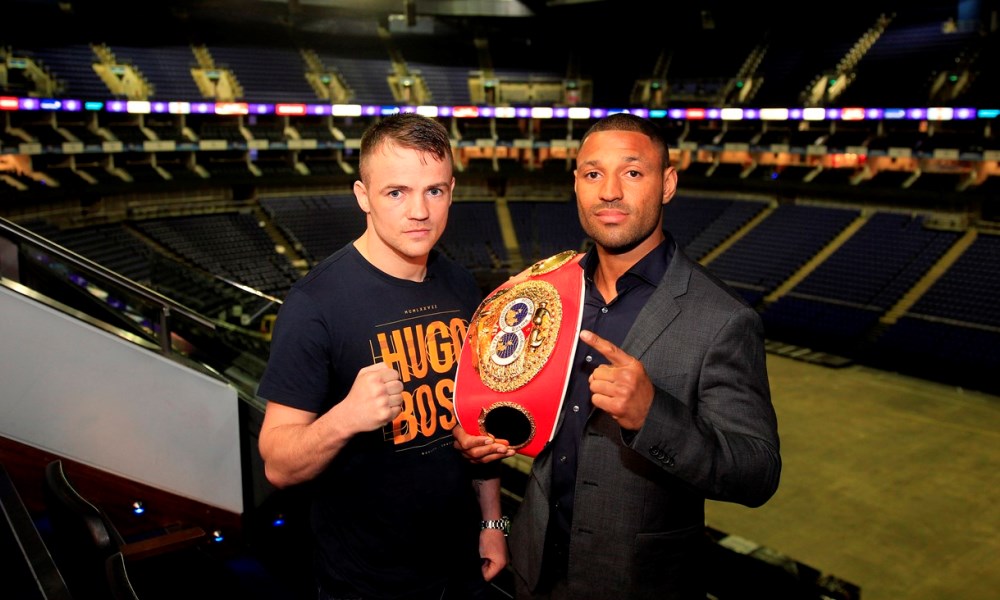 Brook And Gavin Predict A Classic On May 30

Kell Brook has told Frankie Gavin to ‘be careful what you wish for’ as the Sheffield star defends his IBF World Welterweight title on a huge bill at The O2 in London on May 30, live on Sky Sports Box Office.

Brook defended his belt for the first time in spectacular fashion in his hometown on March 28, flooring mandatory challenger Jo Jo Dan four times inside the fourth round before the Romanian-Canadian’s corner spared their man further punishment.

‘The Special One’ told promoter Eddie Hearn that he wanted to box as soon as possible, and Hearn has duly obliged with another all-British World title bout in London, a year on from Carl Froch’s epic KO win over George Groves at Wembley Stadium.

Brook and Gavin top the bill with two more World title clashes in Kevin Mitchell’s challenge against Jorge Linares for the WBC Lightweight crown and Lee Selby’s attempt to wrestle the IBF Featherweight title from Evgeny Gradovich, and Brook believes that his meeting with ‘Funtime’ completes the perfect hat-trick of World title bouts.

“Frankie wanted this fight for a long time and now he’s got it,” said Brook. “He’s a classy boxer and I think we will see the best of him and that will bring the best out in me – but Frankie, be careful what you wish for. He’s in with ‘The Special One’ now and my belt is going nowhere.

“I’ve been out for too long with the leg, I asked Eddie to get me right back out and Eddie has delivered for me. Everyone loves a British World title fight and this is going to be right up there as a classic.

“I am back in training and working very hard, I want to make another statement on May 30.

“I want to keep the momentum going and get back out there in front of the fans and show them what I have got. It’s a short-lived career and I think I am in my prime now. I’m 34-0 and I want to go to 35-0 in spectacular fashion and then the world is my oyster.”

Gavin will have other ideas though and he’s determined to grab his first World title shot with both hands.

“On my day I can beat anyone. If I win this fight, any fight in the division is there for me down the line. I have wanted a World title fight for a long time and I am not going to let it go now. This is not about money, it’s about winning a World title – I am ready to make a real statement.”

Brook vs Gavin, Mitchell vs. Linares and Selby vs. Gradovich leads a stunning line-up in Greenwich, with Olympic Heavyweight hero Anthony Joshua MBE facing Kevin ‘Kingpin’ Johnson in his toughest test to date in the paid ranks.