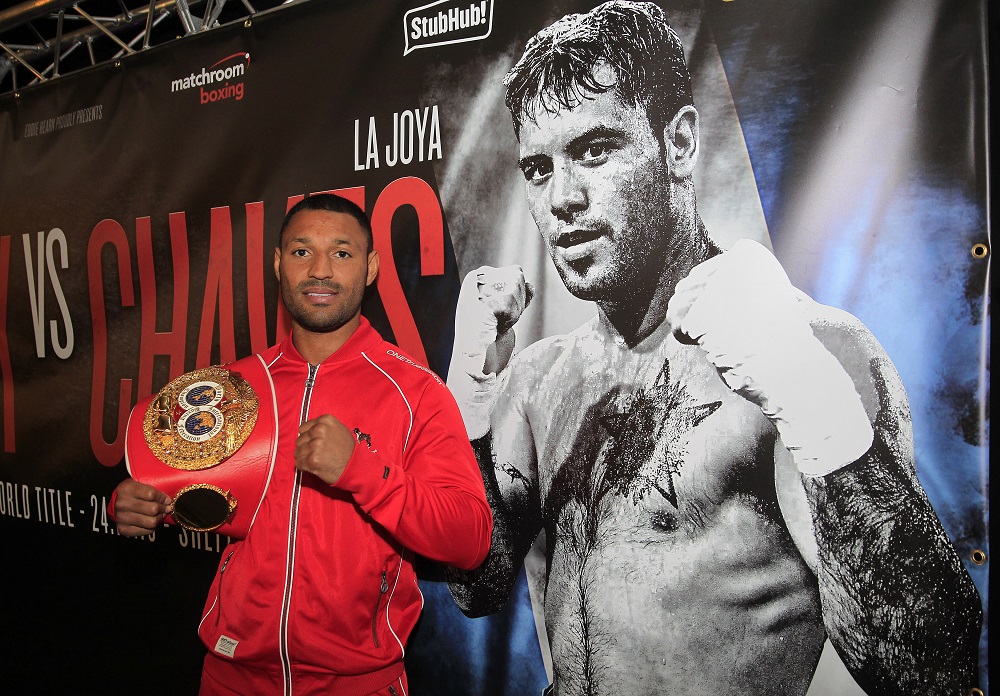 Kell Brook has vowed to beat Floyd Mayweather’s 49-0 pro record as he enters the Ring magazine’s top ten pound-for-pound rankings ahead of his IBF World Welterweight title defence against Diego Chaves at the Sheffield Arena on October 24, live on Sky Sports Box Office.

Brook moved to 35-0 in May with a sixth round stoppage win over Frankie Gavin in London in the second defence of his crown, and is looking to chase down ‘Money’ Mayweather, who declared himself retired after beating Andre Berto in Las Vegas on Saturday night.

The Sheffield star moved into the top ten in the Ring magazine’s ratings following Mayweather’s departure from the ring, and the 29 year old is also rated as the number one Welterweight on the planet with the vaunted boxing bible.

“It’s brilliant to be recognised as one of the top ten fighters in the World and the number one Welterweight by Ring magazine,” said Brook. “I have worked tirelessly over my career to reach the top, and I am now getting to where I want to be – but the journey is only really beginning for me as I want to be the best in the World.

“Floyd’s last fight on Saturday means that the door is open for someone to become boxing’s new mega-star – and I want to be that man. His 49-0 record is incredible and he leaves a phenomenal legacy behind, but I believe I can reach that pinnacle and go past it.”

The Steel City bill is part of a huge night of boxing on Sky Sports Box Office as Tyson Fury heads to Germany to challenge World Heavyweight king Wladimir Klitschko in Dusseldorf.