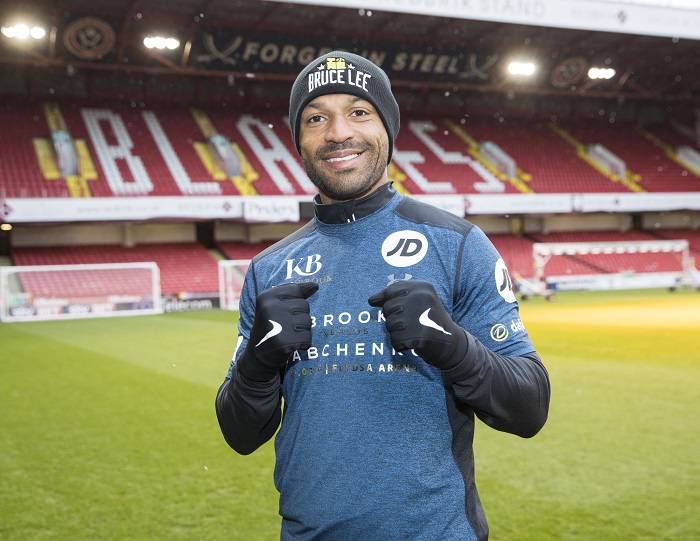 Brook: This Feels Like My Debut All Over Again

Kell Brook says he feels like he’s fighting for the first time in his career all over again as he moves up to Super-Welterweight to take on Sergey Rabchenko for the WBC Silver title at the FlyDSA Arena in Sheffield on Saturday night, live on Sky Sports.

Brook is tackling a fight at 154lbs for the first time in his career having left Welterweight behind after three years as the IBF ruler.

‘The Special One’ expects to shine with the extra seven pounds behind him, but admits the nerves ahead of his return to action on Saturday remind him of making his debut in September 2004.

“I’ve got the butterflies and nerves just like it’s my first time getting in there,” said Brook. “I think that I need to feel like that though, those nerves are going to make me sharper because I know that there’s a lot at stake on Saturday.

“I’m loving boxing again and things can change, and I still feel that I’ve got big fights left in me before I call it a day. I’d love to win a title at Super-Welterweight.

“There was a list of fighters in front of us and Rabchenko stood out. He’s a very dangerous fighter and the fans might have let me off fighting someone lesser than him, but I wanted to fight him because I need to come back in a serious fight to stay switched on and not cut corners in the gym.

“You have to be professional but with a lesser opponent I might have enjoyed Christmas a bit more but not with Rabchenko, he’s a real threat. He’s boxed at a high level, been European champion, beaten my mate Ryan Rhodes – Ryan has boxed Canelo so to be stopped by Rabchenko it shows he is a good fighter and this is the right test for me in my first fight at 154lbs.

“Eddie named other fighters but I said no. I know that he’s a handful and he’s tough and clever. He’s calm and thoughtful in a fight, and I need a test like this. I can’t be half-hearted, I need to be fully committed and I will be for Rabchenko.”