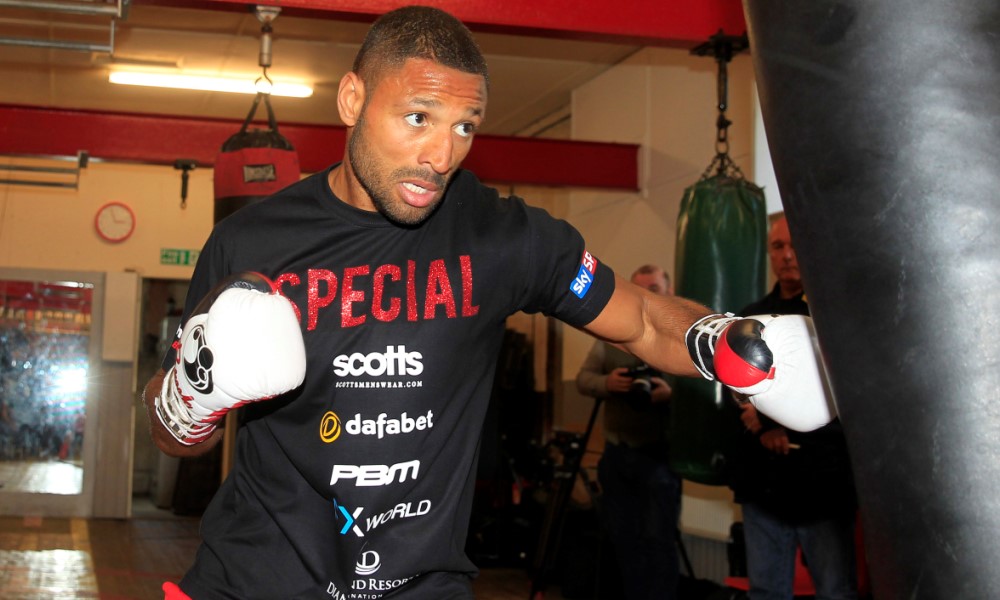 Brook: Hometown Comeback Is So Emotional

Sheffield star wants to mark his return with five-star performance

Kell Brook steps between the ropes for the first time as a World champion on Saturday night as he defends his IBF Welterweight title at the Motorpoint Arena in Sheffield against Jo Jo Dan in ‘Unbreakable’ presented by FX World, live on Sky Sports – after fearing he may never walk again after the shocking attack he suffered on holiday in Spain in September.

Brook ripped the title from Shawn Porter in Los Angeles in August with a stunning performance in the American’s backyard, but just two weeks after that win, Brook was fighting for his life in hospital after a machete attack whilst on holiday in Spain.

The unbeaten Welterweight king has made an astonishing recovery to get back into fighting shape, and Saturday night will be an emotional occasion as Brook’s incredible journey continues.

“Winning the title was an unbelievable buzz and for two weeks I was flying but after the attack, I was down in the gutter,” said Brook. “I was feeling sorry for myself just lying there in bed, but now I am back and better than ever.

“I’ve come a long way from the injury, not knowing where I would be with the leg. I’ve put it under severe stress in a full camp and I have had no problems with it. It was hard at the beginning but we took baby steps and slowly but surely we got up to full speed and tonight couldn’t come quick enough to defend the title in my hometown – it’s going to be so emotional.

“The leg is fine, I do everything that I used to do, there’s no pain and it’s not holding me back at all.”

Brook was barely able to celebrate his triumph with the attack coming so soon after his win in the States, and ‘The Special One’ feels the attack took the gloss off of his achievement.

“I don’t think that I got enough credit for the win,” said Brook. “Before the fight people were saying that I hadn’t been in with anyone and I said that after I beat Shawn Porter, ‘the Mike Tyson of the 147lb division’, give me the respect that I deserve. Everybody agreed but I still don’t really feel I have had the respect for going into the guy’s backyard and doing what people said I couldn’t do and beat him, school him.”

Brook was mandatory for Porter’s belt and now he faces the number one contender for the strap in the Romanian-Canadian Dan. The 33 year old edged out Kevin Bizier in Quebec in December to land the shot at Brook, and the champion says that while he knows he faces a stiff test, he is only too aware of the huge fights that he could be involved in huge fights in the summer.

“Mandatories come along and you have to deal with them,” said Brook. “He’s earned his position like I did against Porter, so he gets his chance to take that title off me – but that’s not happening. I am not looking past him, but I know that there are massive fights out there for me in the division and after I take care of business tonight, I am free to fight anyone.

“Keith Thurman is making a lot of noise these days, Brandon Rios, Andre Berto, Juan Manuel Marquez and of course Amir Khan, there’s many top names in this brilliant division and I am in a great position holding a belt and sitting at the top table in the division.”

Frankie Gavin makes his Sky Sports return as he prepares for his crunch clash with Chris van Heerden on May 9 in Birmingham. Stephen Smith and Kal Yafai continue their marches towards a World title and GB Podium squad member Charlie Edwards fights for the second time in the paid ranks on the bill.

Tickets for ‘Unbreakable’ presented by FX World are on sale priced £40, £60, £80, £100 and £150 available from the Motorpoint Arena on 0114 2565656 and at www.motorpointarenasheffield.co.uk. VIP tickets at £250 are exclusively available from Matchroom Boxing at matchroomboxing.com.