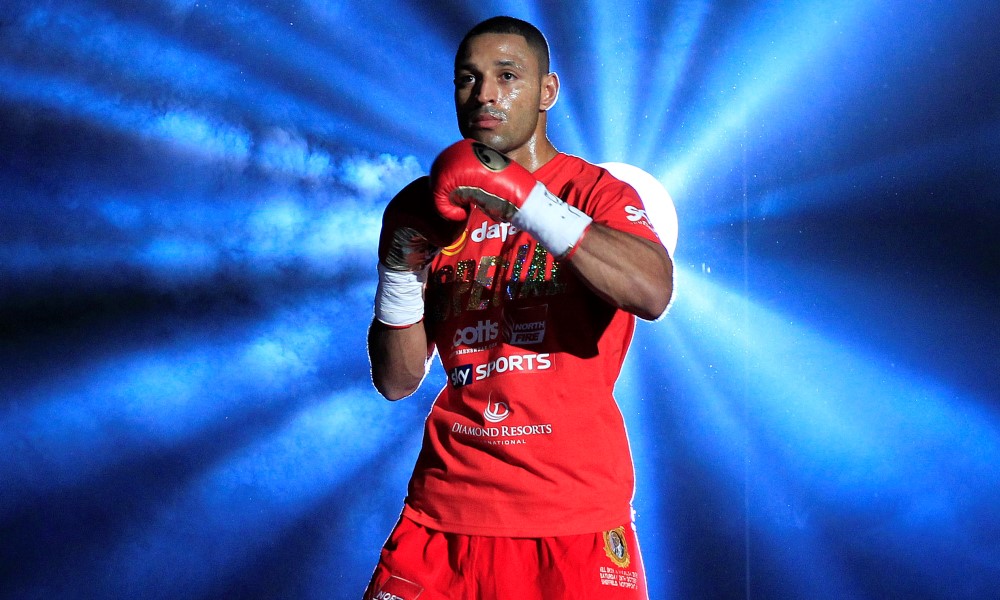 Brook: I Hope Bizier Brings It – I’m Ready To Fight!

Kell Brook has told Kevin Bizier to get ready to stand and fight when he defends his IBF World Welterweight title at the Sheffield Arena on Saturday night (March 26) live on Sky Sports.

Brook makes the third defence of his title and second against a Canadian mandatory challenger, and for ‘The Special One’ it’s the conclusion to an extended training camp following the rib injury that forced him out of his October clash with Diego Chaves.

The unbeaten 29 year old is plotting a major summer showdown, and wants to send a statement out to the Welterweight division by destroying Bizier in front of his adoring Steel City following.

“It feels like I’ve been training for an eternity and I just can’t wait to get in there and fight,” said Brook. “The back end of last year was so frustrating. I was excited for the Chaves fight and to get injured with just over a week to go was heart-breaking. When we tried to reschedule the fight the IBF told us that we have to fight Bizier next so he’s in the saddle.

“I was a mandatory challenger once and know how hungry I was. I’ve seen him saying that he is going to try and pressure me on Saturday and that’s music to my ears. I want to stand and fight. I haven’t had that fight night feeling for nearly a year and it’s been killing me inside. Saturday will be quite emotional for me and I feel a special performance coming on.

“Everyone is talking about a big summer fight and of course that’s on the agenda but right now I’m going to soak up the atmosphere in the arena in my hometown and go on a destruct and destroy mission Saturday night.”

Brook’s clash with Bizier is part of a huge night of action in the Steel City as Hull’s Olympic gold medal star Luke Campbell MBE returns to action in a Yorkshire derby with Dewsbury’s Gary Sykes for the vacant Commonwealth Lightweight title.