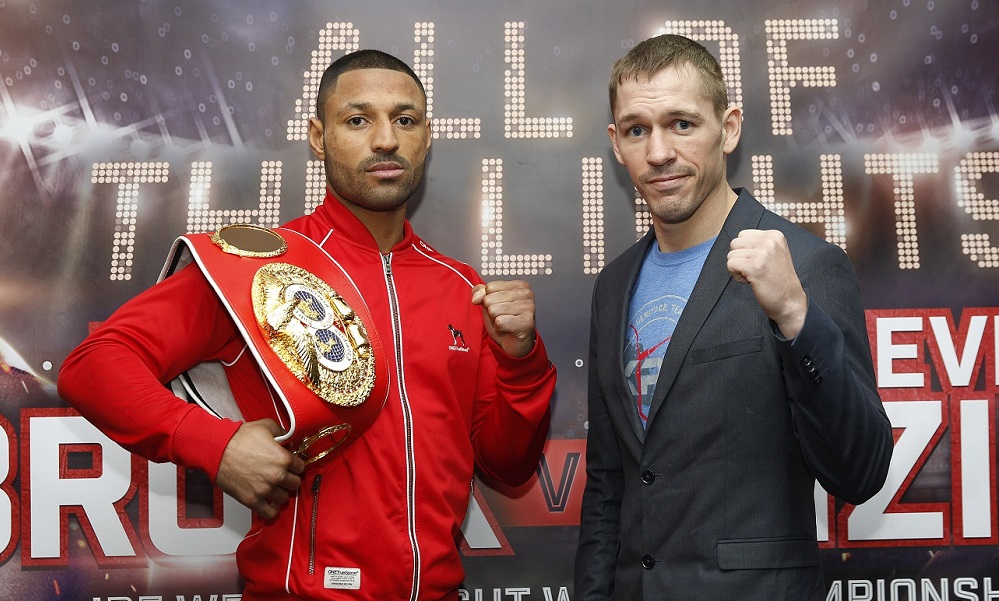 Brook: I Know How Hungry Bizier Is To Win

Kell Brook says he knows that mandatory challenger Kevin Bizier will be desperate to get his hands on his IBF World Welterweight title when they meet at the Sheffield Arena on Saturday night, live on Sky Sports.

The Sheffield star landed the title as mandatory challenger himself, putting in a career best performance in ripping the belt from Shawn Porter in California in August 2014.

Brook has already defended the title against one Canadian mandatory challenger in Jo Jo Dan a year ago in the Steel City, and now meets Bizier, who would become Quebec City’s first World champion with victory.

Since Brook was forced out of a defence against dangerous Argentine Diego Chaves in November, talk of a major fight in the summer has been rife, but ‘The Special One’ says that while others have been talking, his focus has been solely on taking care of business on Saturday.

“You cannot take your eye of the ball,” said Bizier. “Kevin is the mandatory challenger, he’s worked hard to get that shot and he deserves it. If I had looked past him and cut corners, you get found out. This is my belt, no-one is taking it from me and I have to be at my best. It’s all well and good saying that I want the big names but without putting on an explosive masterclass against Bizier I won’t get those fights.

“This is my hometown, my arena and my fans – no-one packs an Arena like I do here with these great fans, and I am going to make sure that my return to this place is going to be stylish. He’s getting in with the best and he’s got his work cut-out.

“The IBF don’t mess about, you have to take your mandatory challengers and rightly so – that’s how I won this belt. I got injured with the leg in the knife attack so I had to fight Jo Jo Dan then I boxed Frankie Gavin at The O2 in a voluntary. He’d wanted the fight for a while so we got it on in a great night in London. Chaves was meant to be next and that would’ve been a tough fight but the injury means anther mandatory. So opponent-wise, it’s been hard, but I want a unification fight next or something similarly huge to get people into a stadium watching me fight.

“I’m desperate to have an old fashioned war on Saturday. Kevin is a strong come-forward fighter and I want to excited everyone who comes on Saturday with a war. I’m so excited to get in there in front of my fans. I just want to get weighed-in, get fed, and then get to work.

“My mind has been on the job in hand for months and months, Saturday night is about breaking Kevin Bizier’s heart and his bones.

Brook’s clash with Bizier is part of a huge night in boxing in Sheffield as as Hull’s Olympic gold medal star Luke Campbell MBE returns to action in a Yorkshire derby with Dewsbury’s Gary Sykes for the vacant Commonwealth Lightweight title.