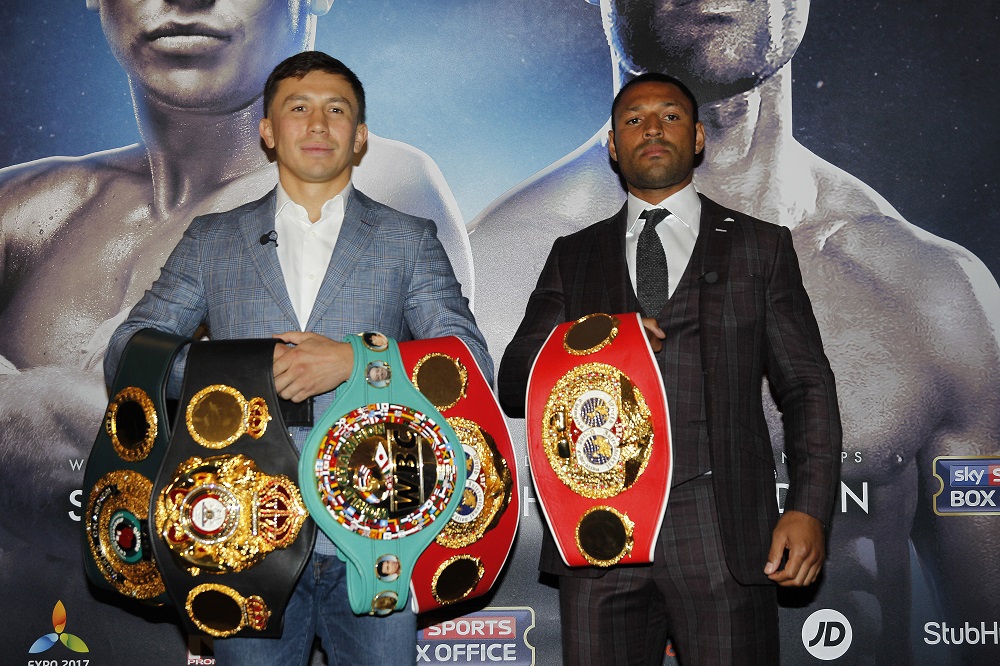 Kell Brook says his monster clash with Gennady ‘GGG’ Golovkin for the WBA, WBC, IBO and IBF World Middleweight titles at The O2 in London on September 10 live on Sky Sports Box Office and HBO is his chance to prove he is an elite fighter.

Brook welcomed Golovkin to London today for the UK press conference ahead of their clash and the unbeaten IBF Welterweight king bristled with confidence as the packed press rows that he had finally landed the blockbuster clash to showcase the skills that landed him the moniker of ‘The Special One’.

“I’m going to be so sharp and so powerful on the night. No-one has got the best out of me before but GGG will bring that out in me and I’m excited to see that from myself. I always find a way to win and there’s going to be massive drama in the fight.

“It doesn’t get better than this and I’m doing this for the fans that have wanted me to step-up and show them what Kell Brook can really do and prove I am among the elite in the sport.”

Brook is moving up to 160lbs to face the feared Kazakh KO machine and it’s a move that he says he’s already feeling the benefit of in his Spanish training camp.

“I’m very healthy at 160lbs,” said Brook. “I’m hydrated and eating well, nice sized meals that are giving me so much energy and I’m giving more of myself in the gym. I’m getting pushed in the gym and I’m delivering. I want to go down in history like Sugar Ray Robinson as doing massive things in big fights and beating the best – GGG is the best fighter in the world, and I am going to beat him.”

Brook’s clash with Golovkin is part of a huge night of action at the sold-out Greenwich venue and one of three World title clashes bitter rivals Lee Haskins and Stuart Hall rematch four years after their first fight, this time with Haskins’ IBF World Bantamweight crown on the line and Charlie Edwards lands a World title shot in just his ninth pro fight as he takes on IBF Flyweight king Johnriel Casimero.

Martin J. Ward and Andy Townend clash for the vacant British Super-Featherweight title and Conor Benn tastes his fourth night of action in the paid ranks, with more fights to be added soon.

Face value tickets for September 10 are available from http://www.stubhub.co.uk/matchroom-boxing-tickets/ – StubHub is the official ticket partner and marketplace of Matchroom Boxing and Anthony Joshua.