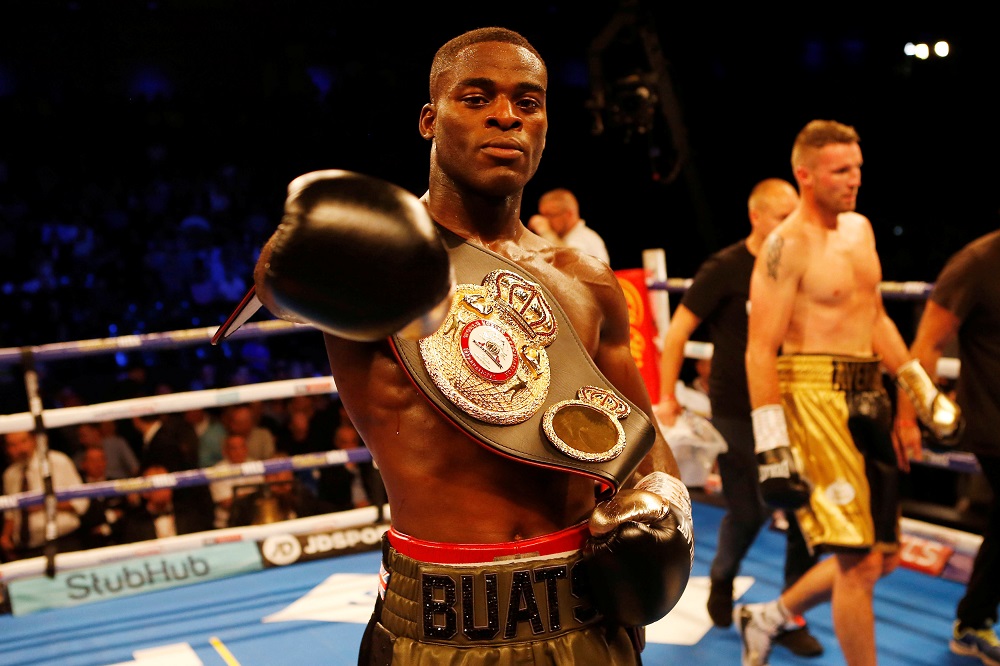 Buatsi Clashes With Quinlan At The O2

Joshua Buatsi will defend his WBA International Light-Heavyweight title against Australia’s Renold Quinlan at The O2 in London on December 22, live on Sky Sports Box Office in the UK and DAZN in the US.

Buatsi won the title in spectacular fashion when he destroyed Andrejs Pokumeiko inside one round at The O2 in July before blitzing Frenchman Tony Averlant in the opening round at the Metro Radio Arena in Newcastle in September.

The 25-year-old Croydon star is hoping that former IBO Super-Middleweight Champion Quinlan will take him rounds. December 22 will be Quinlan’s second fight in the UK, he took Chris Eubank Jr. ten rounds when they clashed at the Olympia last year.

“I’m hoping that he will give me the rounds that I need because my last two fights have gone early. He’s a very tough man and a proud Australian, he’ll be coming to fight. This isn’t about the title, it’s about getting the experience under my belt and pushing on.”

“He hasn’t fought anyone like me yet and I can’t wait to give him a great fight. I’m delighted to be returning to the UK on such a big card and I’ll be putting on a great performance for all my UK fans.”

Buatsi vs. Quinlan is part of a huge night of boxing in the capital. Main event sees fierce Heavyweight rivals Dillian Whyte and Derek Chisora rematch after their Fight of the Year contender in December 2016. Charlie Edwards gets a second shot at a World title when he challenges Cristofer Rosales for the WBC Flyweight World title, David Price and Tom Little meet in a must-win Heavyweight clash and British Featherweight Champion Ryan Walsh puts his Lonsdale belt on the line against Watford’s Reece Bellotti.